Is It Possible To Be Authentically Bipolar?

Being bipolar can be a very lonely experience, because we are so often required to hide our emotions and thoughts. I’ve personally become very good at what therapists like to call “presenting well”, that is, disguising the symptoms of my bipolar disorder. About two years ago, I wrote the article, “The Fine Art of Hiding Bipolar Disorder and Why It Kinda Sucks,” an article about my experiences in covering over my bipolar disorder. Since then, I’ve done a lot of thinking about authenticity, not so much as a kind of absolute moral good, but as an important part of human happiness. What are the costs of hiding bipolar disorder? Moreover, is there a way to determine when I should disguise my symptoms and when I should not, which would be better than just an all-or-nothing solution either way?

Authentic personae are the way we express ourselves to others, in a way that is appropriate to the relationship.

I’m not someone who believes there is some sort of abstract “real me” that we can discover independently of our relationships with others. Rather, we develop various persona, depending on our relationship, out of our character traits. With my kids, I put together a “dad”, out of what strengths I have available and emotions I am feeling, and in such a way that it suits their needs as children. So too with friends, coworkers, and so forth. Much like we need to translate our feelings into words, we need to translate our personality into personae. Authentic personae are the way we express ourselves to others, in a way that is appropriate to the relationship. 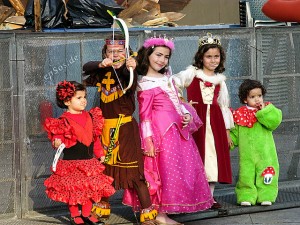 The problem, however, is when these personae become a completely distorted version of ourselves. On the one hand, they might not present who we are at all. We might present a face of giddiness that is actually covering a reality of misery. Here, my persona becomes not an expression of myself, but a distortion of myself. The result of these distortions is resentment; rather than expressing ourselves, we instead are putting on a show for other people, which is, ultimately, humiliating.

Alternatively, a persona might be not a cover, but simply a very impoverished version of what is there. In some relationships, my persona might be very limited, expressing only a few traits. Relationships with aquaintances, for example, might be like this, or with clients of various kinds (though I would argue not students, but that is a slightly longer pedagogical argument). There’s nothing wrong with this, really, since we can’t be all things to all people, but if I express myself in impoverished ways most of the time, the actual result will be loneliness. Parts of myself would rarely find expression, and I would feel unloved.

It Is Okay To Be Strange

However, if I feel like I’m being drugged and analyzed so that I can develop a more socially acceptable, inauthentic persona, I’m going to become resentful.

As someone with bipolar disorder, it is very difficult to construct authentic personae. We simply face a massive amount of stigma about mental illness, such that we risk being treated as inferior or shamed if we don’t act like we aren’t dealing with a very challenging mental illness. Basically, the only socially acceptable personae are those that someone who didn’t have a mental illness might have. 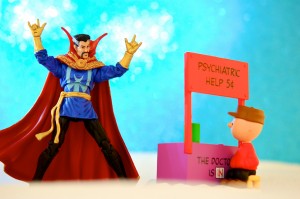 The problem, though, is that putting together a persona as though we didn’t have bipolar disorder is going to end up being either a distortion or incomplete, much of the time. This, in turn, leads to resentment and loneliness. I worry about how much of the pressure on us “to get better” is less about our well-being or protecting others, and more about enforcing a kind of conformity on our behavior so that other people won’t be made “uncomfortable”. Don’t get me wrong. I’m quite happy to get better. However, if I feel like I’m being drugged and analyzed so that I can develop a more socially acceptable, inauthentic persona, I’m going to become resentful.

Here is where I think we need to say “enough”. It isn’t our responsibility to generate entirely inauthentic personae to suit centuries of discrimination. As someone who is bipolar, there are two things that will need to be a part of any authentic persona I might have:

These are two examples, and I’m partly brainstorming and partly experimenting other possibilities for what might be appropriate or necessary for my personae to remain authentic.

It Isn’t Okay to Cause Harm

What I’m ultimately looking for are broad parameters of authentic personae that allow me to express my personality without resentment or loneliness, not permission to be a jerk.

I do not intend to imply, however, that we can just charge through the world like a bull in a china shop, insisting that everyone else needs to “put up with us.” After all, other people have feelings, too, and we are ultimately social animals who are very sensitive to other people’s moods, feelings and behavior. If I did that, other people would go fleeing from the room, and rightly so. This, of course, wouldn’t help with any of the loneliness, to say the least. What I’m ultimately looking for are broad parameters of authentic personae that allow me to express my personality without resentment or loneliness, not permission to be a jerk. 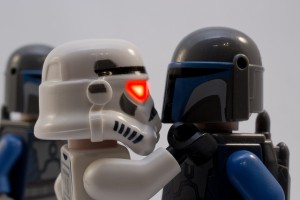 Some behaviors really are harmful to others, and they have the right to not put up with it for their own protection. Angry verbal abuse, for example, is never acceptable. Irritability is often a part of bipolar disorder, and can lead to angry outbursts. Instead, I would need to find appropriate ways of expressing anger (that is, using appropriate assertiveness and directness).

Even the need to be emotionally intense should be balanced against the need to become the center of attention. In fact, I would love if this were to become the norm. It would be wonderful to be able to have a conversation, and not have it be assumed that, just because I’m sad, I need to be the focus of attention. Sad people can be useful, compassionate, and even interesting. We should stop assuming that just because someone is sad, their sadness is the most imperative issue. Similarly, even though my speed is very variable, I need to be aware that the speed of conversations is in part a compromise. It’s no more fair for me to insist that others keep up with me when I’m hypomanic than for them to do it to me when I’m depressed.

Nonetheless, there is still some room here for some slack and forgiveness. Obviously, when our insight is low, we’ll violate social norms that are there for perfectly good reasons, not simply prejudicial ones. However, the appropriate way to deal with this is not shame or even embarrassment, which is the ordinary way that social boundaries are enforced. Rather, calm and appropriately set boundaries can both protect others and allow us to save face when our episodes become more severe.

As the stigma against mental illness slowly fades, some new opportunities arise for people with mental illness. Our need for tolerance is not simply in the political and economic sphere, but also in the social sphere if interpersonal relationships. To be perfectly honest, I’m still just beginning to try to be authentically bipolar. I’ve hidden my bipolar disorder for so long and have become so good at it, I’m only just beginning to express what I need. However, as acceptance of mental illness grows, so two will the space for an authentic diversity of character that will better allow those with mental illnesses develop to authentically express themselves.

4 Responses to Is It Possible To Be Authentically Bipolar?