Last week, I had the opportunity to host a table at the “Mad Market” at Toronto’s “Mad Pride” festival. It was a great experience, as it gave me the opportunity to meet a lot of other people with mental illnesses and to see some of the excellent artwork that people had produced. Among other things, I really came to appreciate just how creative people with mental illnesses can be.

At the same time, I was also being introduced to what is called the “madness movement” or simply “madness.” I’d certainly heard of it before, but I’d never really encountered it in an organized way. However, at the festival, there were some seminars being given on the movement, so I learned more about it.

What I heard concerned me. While I really appreciated the creation of a community of people with mental illnesses and the opportunity to share our experiences, there were three primary questions that I had that I would like to ask. They are genuinely questions. While I obviously have strong preliminary reactions, everything here is tentative until I’ve had the questions answered.

The madness movement claims that not to be proud of having a mental health condition is to treat ourselves as though we are somehow “bad.” 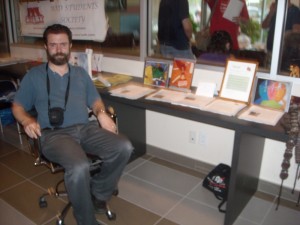 From what I understood, the basic premise of the madness movement is that madness is only a “way of being” rather than an “illness.” The madness movement claims that treating mental health conditions as illnesses buys into oppressive power structures and conceptions by those structures of what it means to be “normal.”

According to the movement, the reason that we need to form an identity is because the difficulties in the lives of people with mental illnesses is solely or primarily the result of “ablist” and “sanist” power structures. Any failure to accommodate our needs would be a type of active discrimination called “mentalism.” Were we to get rid of ablism, sanism and mentalism, we would thrive.

Question #1: Do We Want Madness To Be an Identity?

It doesn’t matter who is doing the reducing; I want to be and to be seen as more than just my mental health condition. 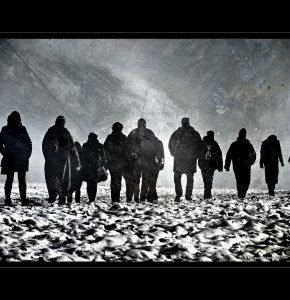 In a lot of ways I was very surprised to hear that people would even want a mental health condition to be an identity. This seems to be not only a small step away from what most people with mental illnesses have said to me, it seems to be a giant leap in a completely different direction.

I’ve been criticized several times, both on this blog and in person, for saying that I “am bipolar,” rather than saying that I “have bipolar disorder.” The former, people think, indicates that I am somehow identifying myself, at least in part, with the disorder. In turn, they argue that we should say that it is something we “have,” as to identify with it is to reduce ourselves to a negative social label (I’ve discussed this issue before. I don’t think saying that I “am bipolar” does this anymore than saying I “am diabetic,” but I share the desire not to be reduced to my mental illness.)

The madness movement, though, seems to be going in the opposite direction, not only saying that my mental health condition is a part of me, it is my identity. It isn’t even a part of who I am, it is who I am.

Fair enough, but I think it misses the main concern that many people, including myself, have. Identity movements, just as much as stigmatizing labels, reduce people to those identities and labels. It doesn’t matter who is doing the reducing; I want to be and to be seen as more than just my mental health condition. Creating an identity for ourselves out of these mental health conditions seems to go in the completely opposite direction.

Question Two: Would Having an Illness Be Something To Be Ashamed Of?

If the madness movement is right, we cannot stop being ashamed of our mental health conditions unless we stop treating them as illnesses. 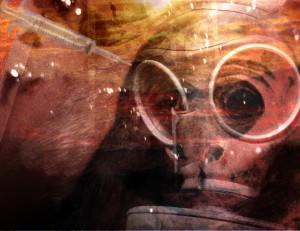 Let’s look at how the madness argument works. “Illness” is just a deviation from the “normal.” The “normal” is what is approved of . “Illness” in turn is a term of abuse, hurled on those who don’t conform to the standards of those in power. (I’m pretty sure some of Nietzsche’s Genealogy of Morals is at work here). Except as a term used for shaming, there is no such thing as illness. It is just a social construct, and an oppressive one, at that.

If one accepts the above claim, it becomes very clear why calling bipolar disorder or any other mental health condition a mental “illness” is problematic: “illness” is a term of abuse. To consider oneself mentally ill (or ill in any sense at all) would be to take on oneself an abusive label and to shame oneself. It would be to treat oneself as though one is somehow “bad” (this is all a part of their definition of “sanism”).

Okay, but this actually conflates two things: treating illness as real and treating it as shameful. However, these aren’t the same thing. In fact, treating them as the same thing is something that people with illnesses have been fighting against for decades. Most people who have illnesses consider those illnesses real but not shameful. We don’t want their suffering ignored, but we don’t want to be abused for it, either.

Question Three: What Does the Madness Movement Say About Those of Us Who Consider Ourselves Mentally Ill?

I’m not only not proud of being mentally ill, I’m actively seeking to be as mentally healthy as possible. 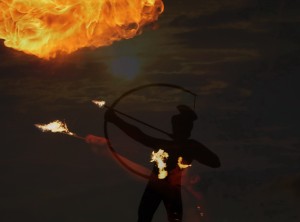 This question follows immediately on the following one. If “illness” is simply a term of abuse, then it would seem that anyone who accepts that he or she is mentally ill is reinforcing the stigma around mental illness. After all, “illness” is just a term of abuse created by those in power to oppress us. Anyone who uses the term would be treating socially constructed terms of abuse are real, and therefore contributing to the problem.

This seems to be an unjust accusation. For many people with mental health conditions, treating those conditions as an external illness to be fought is important therapeutically. I don’t quite use this framework, but treating my bipolar disorder as an illness to be managed and integrated is vital to my own therapeutic approach.

So, a lot of us treat our mental illnesses as illnesses. However, the madness movement would argue that we are therefore reinforcing stigma and discrimination. Suddenly, just by trying to get better, we become the bad guys.

The problem is, this would seem to make me more than the bad guy; it seems to make me a traitor. I’m not only not proud of being mentally ill, I’m actively seeking to be as mentally healthy as possible. I’m fighting against the very thing of which the madness movement claims that I should be proud. Therefore, I don’t see how I could fit into their movement.

I deliberately wrote this article as questions. They are my impressions of what I was hearing at the Mad Pride festival, and I may have simply misunderstood things. There may be some slight turn of phrase that would make the whole thing clear. This is why I am looking for feedback.

17 Responses to Community and Identity: Three Questions About the Mad Pride Movement