The social media has exploded in the last ten years. Millions if not billions of people spend hours online every month, catching up with people, updating their status, and looking at the latest viral images, stories and videos.

The Creation of Communities 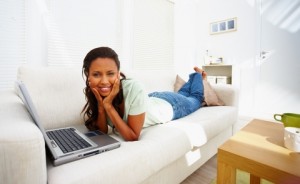 It has never been so easy to find people with common interests. Fifteen years ago, I wanted to play some tabletop roleplaying games with people at university, which I had played as a high school student before my friends were flung to the four winds. After about a month, I managed to track down a small university club that played. It wasn’t a good fit for me, though, so I didn’t play a second time. The end. No more tabletop roleplaying games for me.

Today, it’s incredibly easy to find people with the same interests online. The Dungeons & Dragons page has over four million fans. I can instantly connect with millions of people who share my interests. Even for obscure little interests, there are usually message boards or fan pages out there that have tens of thousands of people.

How does this relate to people with bipolar disorder? It allows us to find communities of people with mental illness or who care for those with mental illness, and learn from each other. This is an amazing opportunity. In the brick-and-mortar world, there are some opportunities for this, but they can be difficult to find, especially outside of major cities. All of a sudden, we can find places where we are the normal ones, and it is usually a remarkably eye-opening experience.

One of the amazing opportunities for us online is the ability to write anonymously. I realize that this can have a lot of downsides for the internet in general, as it tends to bring out people’s inner sociopath, but for people with a mental illness that carries a lot of stigma, it can be a great way to talk with other people who have bipolar disorder or learn about bipolar disorder without necessarily exposing ourselves.

I didn’t knowingly meet another person with bipolar disorder to whom I wasn’t related until 2009. Even that took me a lot of courage. After all, I was potentially revealing to the world that I was bipolar. When I first joined my support group, I was careful only to use my first name, hid when the cameras came out, and didn’t tell anyone where I worked. I had no idea how it would affect my life if my bipolar disorder became public. (Now I’m completely public about it, but that’s another story). 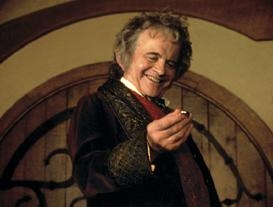 Source: Wikia - Fair Use Rationale: for critical commentary and discussion of the film and its contents.

However, it was the social media that really helped me get up the courage to do this. I first joined an online mental health forum back in 2001. Since I was anonymous, I felt completely free to discuss my experiences, and I had just gone through what are still the worst episodes of my life. It helped me realize that there were supportive people out there, and that finding them wouldn’t be such a bad thing.

It was like I had my own invisibility ring, just like Bilbo or Gyges. It allowed me to live a life where I wasn’t exposed, and could seek something I wanted unimpeded. But Tolkien and Plato were wrong about one thing: rings of power aren’t necessarily evil. For people who fear stigma if exposed, it provides a way of getting something we want without punishment: support.

One of the largest dangers of social media, though, is the way that it potentially provides us with unwanted publicity, rather than just the opportunity to interact socially. There are two forms that I’ve noticed that this exists.

First, there is the danger of virality. What I mean by this is that it is very easy for episodes to become public, if someone were to videotape those episodes. Unfortunately, because there is still so much prejudice around mental illness, many people find symptomatic mentally ill people hilarious. It’s like the old medieval stocks, but displayed in front of millions of people. I’ve written about this phenomenon before with respect to reality TV, but it can happen in any context. A single viral episode can humiliate and cause serious emotional harm to someone with a mental illness, while reminding the rest of us just how much ridicule we can face if public.

Second, there is the problem that search engines can pick up information about us that we wouldn’t want to become public. This is most dangerous when it is found by current or potential employers, who engage in the thoroughly unethical practice of Googling potential employees (employers used to require your permission even to contact former employers or wouldn’t allow pictures in CVs so they wouldn’t know someone’s race; now they can search for any rumour published by anyone; why don’t they just hire private investigators to search our trash bins?). We’re not at the point yet where we don’t need to worry about discrimination in the workplace, and the internet includes the danger that our future job prospects will be harmed by our condition.

So, social media can have a downside, too. It exposes us to the attention of others that may be unwanted. This can harm people with mental illnesses, and remind the rest of us how

So, Is the Social Media a Good Thing for Us?

Overall, I would say that the social media is a good thing for people with bipolar disorder. The possibilities of easily finding supportive communities while at the same time maintaining our privacy is a new opportunity that we’ve never really had before. It gives us a co-ordinated voice that can have social impact. On the downside, though, it can expose us in a way that has never been possible before, and though we can use our rings of power to seek out community and support, others may use theirs for more nefarious purposes.

8 Responses to Rings of Power: Is the Social Media Beneficial for People with Bipolar Disorder?