I’ve been a bipolar husband for almost six years now, and a bipolar father for just over five. Being a bipolar husband and father has been a real challenge in a lot of ways, but it has also been an incredible experience and opportunity. It has really taught me a lot about myself, my condition and relationships in general. In this article, I thought I’d share some of the things that I’ve learned.

Please note that I’m not saying in this article that being married or having children is the only way to learn to manage bipolar disorder. Rather it is an article about how it has helped me, personally. I do wish, and I think I could have, that I had learned better to manage bipolar disorder on my own and develop strong relationships before. It’s just that for me, being married and having children has been incredibly helpful.

It Gave Me a Reason To Get Better 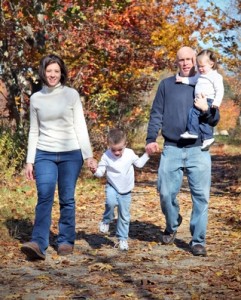 Dreamstime - Note: This is not an actual image of my own family.

Perhaps the biggest thing that I gained from being a bipolar husband and father is that it gave me a reason to really get a handle on my bipolar disorder. Before I got married, sure, I wanted to get better and improve my life, but I had a lot of trouble getting it to stick.

Before I got married, the only reason I really had to get better was to improve my life. However, bipolar disorder can be a lot like trying to pull myself out of quicksand by our own hair. It takes away the very motivation that is needed to improve our motivation. If I was depressed especially, it just seemed like too much effort to get better.

Getting married and having children really gave me a reason to get getter, because I wanted to improve other people’s lives. My happiness was suddenly not the only thing at stake. Rather, whether or not I could successfully manage my bipolar disorder would affect the lives of one, two and then three other people.

This had a very positive effect on me. I didn’t feel like I was pulling myself out of the quicksand by my own hair anymore. Rather, I had found a vine. Suddenly, I didn’t need to be my own motivation.

It Helped Me Learn To Express Myself (and Sometimes Not To)

Having other important people in my life really taught me how to communicate, and, perhaps more importantly, what not to communicate. Even before I got married, I had learned something about relationships with other people. People aren’t going to want to associate with me if I don’t benefit them in some way.

That really isn’t intended to sound cynical. Perhaps a better way of putting it is that my relationships have worked a lot better if I’m not the only one getting something out of them. The danger before, and I have damaged several friendships as a result, is that I was using other people as though they were simply there to hear what I was feeling. It just exhausted them.

What I learned is that it is important to let my wife know what I am feeling, but to do so in a descriptive and succinct way. So, I try to say something like, “I’m feeling depressed today,” and if there are some specific things I need, to try to express those succinctly as well, such as “I think I’ll need to stay home today and rest.”

My wife wants to support me, and I appreciate and require that. However, I don’t want to exhaust her either. This is a delicate balancing act. By expressing exactly what I need rather than using her as a sounding board for each of my feelings, it gives her the ability to support me without becoming overwhelmed or needing to guess as what I might need.

It Taught Me What Is Important

I remember once reading something on Cracked that I found really insightful. Someone had asked whether or not taking care of a pet was good preparation for taking care of a child. The response really got me thinking: “Anyone can change the kitty litter, but you don’t need to worry about what kind of person your cat grows up to be.”

I realised that my most important responsibility was to take care of my children, and to help them in developing into happy people. I also realized that I can’t do that by myself, and that no matter what I do, my children are at some point going to need to learn to develop on their own. What I did realise is that it’s my own responsibility to help them learn to learn to develop on their own.

My children and my relationships with them and my wife are the most important things in my life. Yes, it is important for me to develop my own career, contribute to my field and so forth, but, to quote Saint Paul, I first need to be “ambitious for what is my own.” In other words, the people around me should be my first priority. The ways in which bipolar disorder functions as a disability at work and the ways it interferes with my career have not bothered me nearly as much as it did before I got married.

It Gave Me Another Perspective on Myself − and Other People 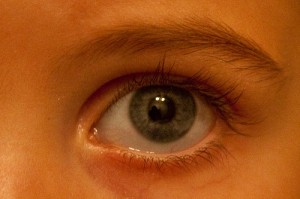 One of the interesting things about having people around me all the time is that I get to see myself through their eyes. Especially as someone who was never a euthymic adult (my onset was at seventeen), I’ve always found it hard to get perspective about what is going on with me in my life and with respect to my bipolar disorder.

Having people around me has been incredibly helpful. It’s good to know, or rather good to hear, when I am acting pathologically, and when my actions are affecting other people. It’s given me an important grounding for recognizing what is healthy, something that I really lacked before. So not only has it given me the motivation to be healthier; it has given me a paradigm I can look to while doing so.

This is not only true of my wife, but of my children. Of course, they don’t articulately express to me how what I am doing or saying is healthy or not. However, I do see the ways in which my behavior affects them. I get from them a perspective on my own behavior in how it affects them.

I also get to see from other people just how interesting they are, and how much I can admire them. When my family is learning, helping, or developing strong relationships with each other, it gives me something that I can emulate. I’ve often thought that emulation is one of the most important parts of love, but I didn’t really realize how true that was until I was in a position to really do that. Having a family has given me people to admire and emulate.

The Lessons of Other People

Having a family, then, has been an important part of my learning to manage my bipolar disorder. It has also reshaped my life, giving it a kind of identity, unity and purpose. My family has helped me in numerous ways, mostly because it has given me the opportunity to help them. I am so grateful to all of them for being in my life.

4 Responses to A Reason To Get Better: Lessons as a Bipolar Husband and Father