For the last two years, I’ve been a member of a bipolar group of people who meet once a month to share information and just generally chat. The group is very laid back. Basically, we just introduce ourselves at the beginning, and then break into informal discussion. My psychiatrist last week pointed out that she thought that the group was very good for me psychologically, and I think she’s right. As such, I thought I’d write my blog today about why it is that such a group has been helpful, and hope that these reflections might be useful for my readers.

Reason #1: It Makes Me Feel Normal 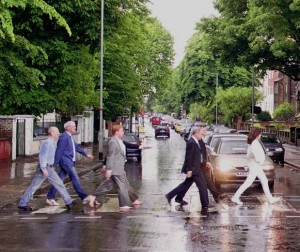 Before joining this group, I’d known exactly one other person with bipolar disorder. However, we’d never really chatted about what it is like to be bipolar, for the simple reason that I wasn’t public about my bipolar disorder at that time. In any event, in most of my life, there didn’t seem to be anyone else who had bipolar disorder, and I became increasingly and excessively conscious of my behavior and whether or not it seemed normal.

With the bipolar group, being bipolar is normal. People are hypomanic or depressed. People talk over each other (which is a total faux pas outside of a bipolar environment), but rather than just be all disapproving, people have gotten good at steering a conversation back on track. If you are depressed, you don’t have seven people descending on you, insisting that you snap out of it, and you aren’t forced to simply hide how badly things have been going.

What is so interesting is that, as a social dynamic, this group of people actually works. In theory, the reason that bipolar behaviors are discouraged is that they are socially disruptive. What is so interesting is that, in this group, they are rarely so. The group has a great dynamic that actually works in part because it is a blend of mood levels.

Reason #2: I See Myself From the Outside

When I was the only bipolar person around, I had a tendency to overestimate how bizarre my behavior seemed. From “my side of the glass”, my hypomanic states include both mood and behavioral components. From outside, though, no one can read my mind. As a result, I had the tendency to think that my behavior was more eccentric than it actually was. This led me to come away from conversations feeling ashamed of my hyper-enthusiasm.

However, when I meet a group of people who are bipolar, I can see from the other side of the glass. Usually, I see one of two things. First, people’s behavior looks mostly like a kind of accentuated normal behavior. In other words, they just sound really enthusiastic about something, or sound like something is really bothering them. From the outside, much bipolar behavior just looks like normal behavior. My illusion was that, because on the inside everything was so wonky, I assumed that everyone around me could read that and were looking right into my pathological states.

Second, people may look like they are struggling. When people’s behavior tips into the truly eccentric or extremely depressed, you can really see that they are having trouble coping with their illness, at least that day. It doesn’t look like normal bad or rude behavior; it looks like someone who is struggling with a mental illness, which is exactly what is going on. As a result, I realize that, when I am truly struggling, I don’t look like simply a badly behaved person but someone who is having psychological problems. On the one hand, this means my illness isn’t as well hidden as I might have thought; on the other hand, it means that there are probably not the dozens of people horrified at my behavior as I assumed that there were. 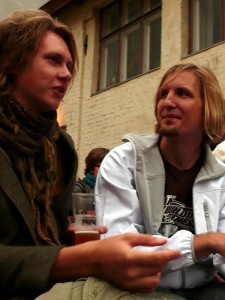 I have become a lot less judgmental since joining this group, not just with people who have mental illnesses, but in general. Part of this was the distinction between how mental illness looks so different from each side of the glass, as I mentioned above. I realized that what I see is often only faintly representative of what is happening in the person’s own thoughts, and that almost any judgement I make about people will be based on partial information. (There’s actually an old Buffy episode about this insight called “Earshot”, but I didn’t really appreciate it at the time).

In addition, being with people who are sometimes really struggling makes me think very carefully about what I am saying and how it will affect them. I suppose I must have been to some extent empathetic already, just to care about their welfare, but this is a slightly different habit I’m talking about. Talking to someone who is really struggling requires really listening, considering what the people are saying, and taking it seriously. One can’t just throw out a few quips of advice or stomp on some opinion they have. This build up the habit of really listening to people not just in the context of the group, but in general.

Occasionally, when I’m reading books on bipolar disorder, I think that they’ve just cribbed some of the ideas from each other. This is especially true of books written by people who are not bipolar. Of course, this is an exaggeration, but there does seem to be a certain limitation to the types of advice that published discussions of bipolar disorder give: take your meds, exercise, avoid stress…

Meeting with other people who have bipolar disorder in an environment where the goal is for us to share information has led to an absolute wealth of ideas for dealing with questions about disclosure, relationships, creativity, humor, helpful thoughts, friendships and so forth. Will everything work for me? No, probably not. In fact, just because of the way that advice works, people might even be exaggerating how well something works for them. However, the sheer flourish of ideas is incredibly valuable.

Reason #5: I Meet Some Great People 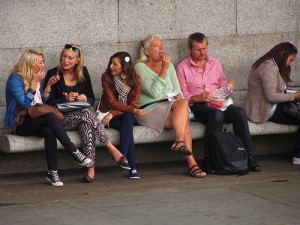 Any group focused on an illness like bipolar disorder tends to create the situation where you end up knowing a lot about people very quickly. In the “real world”, you usually meet with someone’s carefully constructed social persona for several months before finally getting a chance to see how they really are. This even includes the people who insist on telling you about the details of their sex lives when you first encounter them: why did they choose to pick that? It’s a part of the persona.

On the other hand, because people with bipolar disorder are really looking for information and other people are so ready to share it, the sharing of personal information isn’t done out of some goal of impressing on people how open they are, but simply with the goal of helping each other learn what kinds of approaches might be beneficial. However, because bipolar disorder is so closely intertwined with almost every aspect of our lives, we end up learning a lot about people very quickly, but without the kind of exhibitionism that passes for disclosure in the “real world”.

And you know what? People are really interesting. You get to really see how complex people are, and how that complexity leads to a kind of fruitfulness of personality, not just confusion. This, more than anything, helps remove some of the feelings of being isolated that come along with bipolar disorder. In a bipolar group, I am interacting with people not just in so far as they are bipolar, but in so far as they are people. I no longer feel quite so alone because I no longer am quite so alone.

So those are my reflections on why my bipolar group has been so helpful for me. If you are interested in finding one, there are a lot of great ones available on sites like www.meetup.com, or you could ask your psychiatrist about what options are available in your area.

4 Responses to Being Normal: Lessons From My Local Bipolar Support Group