Bipolar Disorder and Smoking: How I Finally Managed To Quit

I started smoking in earnest back in 2000, after my most serious manic episode. Eighteen months ago, after thirteen years of smoking, I quit for good. This article isn’t intended as a “how to quit smoking” article. Everyone’s experience of smoking is different, just like everyone’s experience of bipolar disorder. However, I hope it might be helpful to others who find themselves with similar motives for smoking. What helped me was twofold: a) understanding my motivations for smoking, and b) finding concrete, present-tense reasons to quit.

What draws us to an addiction is something deeper, some role that it plays in our lives that needs replacing with something that isn’t self-destructive. 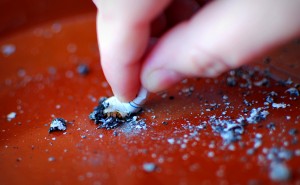 I loved smoking, with a hobbit-like lust for the leaf. Actually, I’m pretty sure that if I was diagnosed with a terminal illness tomorrow, I’d pick up a pack on the way home from the doctor. In order to quit smoking, I had to realize just where this lust for smoking was coming from. Unfortunately, just about everything around me was giving me the wrong answers about what caused me to smoke. “Common wisdom” about smoking simply didn’t capture the role that smoking was playing in my life, and therefore wasn’t helping me quit.

Stop me if you’ve heard this one. Smoking is an addictive substance. As we smoke, our body becomes accustomed to a different level of stimulant (in this case nicotine) and builds up a tolerance. Then, we require the artificial stimulant just to feel normal. At that point, we are addicted, because we’ve developed a chemical dependency, and will go into withdrawal without the substance. Now we’re addicted! Sound familiar?

While none of this is false, it’s completely insufficient to explain addiction. If that’s all addiction was, we’d cease to be addicted the minute the withdrawal symptoms wore off. Anyone with any addiction knows that this simply isn’t true. In fact, I quit smoking for more than a week at least six times. No, what draws us to an addiction is something deeper, some role that it plays in our lives that needs replacing with something that isn’t self-destructive. So, I needed to ask: what was smoking’s role for me?

Having cigarettes gave me constant access to a mood-altering substance that I could apply with almost instantaneous effect, and without substantial immediate harm. 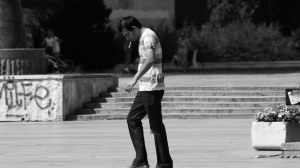 For me, smoking’s role was always a way of micromanaging my moods. Nicotine is a stimulant, more potent than caffeine but less potent than cocaine. Because it’s inhaled, it gets into our system very quickly, in less than a minute. That meant that I could use cigarettes as a way of giving myself a “boost”, basically whenever I wanted. Having cigarettes gave me constant access to a mood-altering substance that I could apply with almost instantaneous effect, and without substantial immediate harm.

As someone with bipolar disorder, this was absolutely perfect. During either hypomanic or depressive episodes, I felt like my mood was out of control. If I didn’t like how I was feeling, a quick hit of nicotine enabled me to shift my mood, giving me a choice about what I could feel at any given moment. If I didn’t like how I was feeling, I could simply have a cigarette and replace that mood with a nicotine rush. After years of struggling with bipolar disorder (I didn’t really start smoking for eight years after my onset), I finally found a way that I could manipulate my moods. It wasn’t a way of really controlling them, but it was a way that I could kick the black dog whenever I felt like it, and I felt like it a lot.

Smoking became the ultimate coping mechanism. I learned through practice that I could affect any negative mood at will, and I soon began to crave the cigarettes whenever my moods (or any other stress) became serious or even uncomfortable. I was finally in control, and I never wanted to give that up. On the odd occasion when I did temporarily quit, this craving for nicotine, my craving for control, came back to the surface, long after the withdrawal had worn off.

How could I possibly give up my dearest friend because of an abstract future to which I was often indifferent?

This is why my addiction was so difficult to quit. Smoking enabled me to make my unbearable moods bearable. Nothing else had been able to do that, not smoking, not people, not exercise, nothing. Smoking was always loyal to me, ready to stand by me when nothing and no one else was. Sure, it was only a temporary help, but it was often enough, if not to overcome the mood, at least to give me a warm hug from inside my very body. I didn’t just love smoking; I was in love with smoking.

So, giving it up because of threats of death from decades off just wasn’t in the cards, even though there were pictures of diseased lungs on my cigarette packs. Like objects that are physically far away, threats that are far away appear smaller. Besides, it wasn’t like I wanted to extend my life indefinitely anyway. While I wasn’t suicidal, being bipolar is exhausting. Not only is an early death an abstraction, but when living with a chronic, painful and debilitating illness, it doesn’t seem quite as ominous as it might otherwise be. How could I possibly give up my dearest friend because of an abstract future to which I was often indifferent?

For me, two things kicked in that helped me quit smoking, because they were concrete, present-tense reasons to quit. Fortunately, they both arrived around the same time. First, I was approaching 40, and I wanted to get life insurance to protect my family before I got too old to get a reasonable premium. This required not smoking for a whole year. Second, I started training to become a professional psychotherapist, and I was interested in doing addiction work. Of course, I would hardly have any credibility as an addiction therapist if I was addicted to something myself. I needed to quit if I wanted to continue with my new profession. All of a sudden, I had reasons to quit that weren’t abstract and in the future, but concrete and in the present.

Together, understanding these reasons and having concrete, present-tense reasons to quit enabled me to finally quit smoking after thirteen years. By understanding my reasons, I was able to focus on developing other coping mechanisms, like going for walks around the block or even playing a video game. Once I knew that I was seeking control, I was able to figure out how to replace it. By having concrete reasons to quit, I had a real incentive to stick with it, even being willing to give up a little bit of control at times. Of course, my own uses of smoking and my own concrete, present-tense reasons aren’t going to be the same as everyone’s, but I hope that other bipolar smokers my find some support or at least solace in my experiences.

What I Cannot Change, What I Can Change, and How To Know the Difference

3 Responses to Bipolar Disorder and Smoking: How I Finally Managed To Quit