In the first part of this blog post, I discussed what the problems were with the term “stigma”. Although I have still some reservations about the limitations of the term and the way that the term is employed, there are still some very good reasons to use the term. In this second half, I will discuss those reasons.

Despite both of my concerns that the term lacks any active form and that the term is used in a way that implies all the bipolar need to fight is stigma, stigma still exists. We do not simply not receive the help that we need; we are also discriminated against. 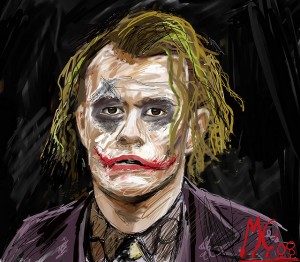 However, this is only in the workplace (note that I am not including accommodations in the above example; with sufficient accommodations, bipolar people could be even more functional). In private, there is an issue, too. Many people, unconsciously or not, don’t really like to be around people that are mentally ill. We are “scary”, even if we are not presently symptomatic. There are a lot of people out there who are uncomfortable around people who are bipolar just because they know that person is mentally ill.

Moreover, a lot of the symptoms of bipolar disorder might stand out, but they don’t do any harm to anyone. What does it matter if I’m speaking quickly or laughing excessively, or that I really don’t feel like talking very much that day? Many people know so little about mental illness that they see any symptom of mental illness as a sign that we are about to slit our wrists or hit somebody. The stigma then becomes a visible stigma when our behavior is out of the ordinary.

As a result, the term “stigma” does fit an important linguistic niche. Basically, it picks out social situations in which people are treated worse just because they have some socially unacceptable, well, mark. In cases like the above, the way bipolar disorder is treated and the way in which race is treated. We are simply treated poorly because we are different. 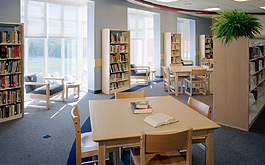 We live in a society. While what I said in the first half still holds, and that there is a danger that a passive term will not appropriately point fingers or will inappropriately use innuendo, but that doesn’t mean that we always need to point fingers at particular people. A lot of people aren’t mean spirited, and we need to focus not necessarily on the people stigma-ing (for lack of a better term), but the society that inculcates this sort of stigma-ing in people.

A lot of the positive responses in the mental health movement come from seeing stigma as primarily a social phenomenon, not an individual phenomenon. Therefore, rather than simply blame people, we instead look at the society and ask, “Where is this coming from? Is there any way to fix it?”

This leads to a number of important strategies, most important of which are awareness and education. Awareness just lets people know that bipolar people and people with other mental illnesses are all around them. It really only takes finding that one close friend has bipolar disorder to get rid of stigma-ing by that person forever. People are a lot easy to think poorly of when we don’t see them.

Education lets people know about mental illness, so when they see symptoms, they won’t be frightened. One reason that people get worried when they see someone talking very quickly or wearing smeared makeup is simply because they don’t know any better. Given what they actually know (or rather, don’t know), people are acting generally reasonably. If they can’t tell a suicidal or dangerous symptom from a truly innocuous one, they’ll fear the worst from everything.

As a result, thinking in terms of stigma, a sociological concept, rather than in terms of bigotry, a moral one, enables us to focus on social solutions. This isn’t to say that people aren’t to blame for not knowing anything about mental illness. They can be, and people can do wrong by omission as well as commission, and it is important that people feel responsible for knowing about stigmas. However, blame itself isn’t sufficient to solve the problem.

What will provide us with long term solutions is to focus on social situations and how to change them, and the idea of stigma, being a sociological concept, puts us in the right mindset to do just that.

So, I think I will be using the term from now on. It won’t come naturally to me, since it takes me a while to integrate a new term into my daily parlance. However, there are some good uses for it, so long as caution is used: