A couple of months ago, I was having a discussion with one of the women from my bipolar support group. We were going over some of the ways in which bipolar disorder has actually improved our lives, and I said something like, “I think it can make us a little more accepting of other people.” She looked at me and responded, “It makes us incredibly accepting of other people.”

My humility immediately kicked in, and I looked for a way to disagree politely. I thought about it for about ten seconds, but realized that what she was saying was true. I was more accepting of other people as the result of being bipolar. I simply replied, “You’re right. We are, aren’t we?” I suppose admitting that I was wrong had a certain humility in itself ;). Then, we discussed the reasons for which this was true.

Thinking about it later, I realized this was true of most people in the support group. Before, I’d thought mostly that the reason that people in the bipolar group were more accepting was that they suffered from the same condition as I did and could empathize with those who were bipolar. In retrospect, though, I realized that there was more to it than this. The people there were actually just more accepting of everybody and, well, I’m a part of everybody.

So, I thought I would write today about why I think this is true. I don’t intend this post as bragging, but it’s worth looking at some of the positive things about being bipolar, including how it can help make us better people.

Not Being Accepted By Other People 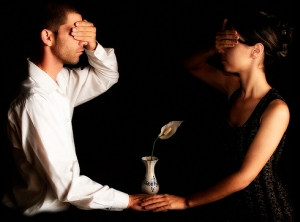 One reason that bipolar disorder can make us more accepting of other people is the experience of not being accepted ourselves. There are two ways in which I have found this is true, one of which can be damaging and one of which is relatively innocuous. Nonetheless, each of these can really make us more willing to accept others.

This gives me an important perspective, however. When someone discloses to me something that is potentially embarrassing, my immediate reaction is to try to figure out how to make them feel accepted and know that it doesn’t harm our relationship in any way. I don’t just quietly accept them either. I make an overt effort to let them know just how much their disclosure won’t harm our relationship. This makes me actively more accepting of other people.

The other way that bipolar disorder can affect my feeling of being accepted is not just worry about outright rejection, but the way that our social norms work in such a way that it is very difficult to have an episode while in public.

Simply put, we don’t have a lot of room for extreme emotional responses in public situations. If I am depressed, I will often simply wish that someone would ask me how I’m doing. At the same time, I worry whether I really want to explain what I’m doing. Meanwhile, the people around me are enjoying themselves, or engaging in some activity that has nothing to do with my feelings.

I’m not sure this is such a bad thing much of the time. Often, I simply want to have my mind taken off of what I am feeling, not dwell on it. Social situations just aren’t designed for emotional expression. This can make social situations draining while depressed, but it can also be beneficial.

Still, this can really make it helpful for me to try to be accepting of other people when they find this process too difficult to bear. If someone starts to show that they are very upset in a given situation, I try to find out if they want to talk about what is happening. It doesn’t matter whether or not that person is bipolar. I simply know how draining it can be to fake it, and want to give them the chance not to have to fake it if they don’t want to do so. Even if they don’t want to talk about it, I try to be conscious of their mood during any conversations, so as to make their experience more comfortable. 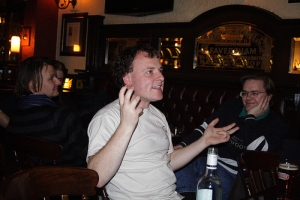 What does this have to do with bipolar disorder? Well, one thing I find especially when I am hypomanic is that I start to become very effusive. I can talk right over people, etc. I’m often quite embarrassed about this later, wondering why I went on for twenty minutes about that silly action film. Hypomania, especially, leads to embarrassing situations.

However, what I really find is that this affects the way that I respond when other people do things that are potentially embarrassing. Rather than heap shame on someone who is acting in a socially unaccepted way, my immediate reaction is to try to figure out how to prevent that person from being embarrassed, both then and later.

It never even occurs to me to hold people’s behavior against them, because I’ve so often had my behavior held against me. I think over time, people pick up on this. No matter how socially unaccepted something someone does is, I simply don’t hold it against people and can even be an ally when it comes to avoiding embarrassment in front of others.

Bipolar disorder can have a lot of negative effects. However, it also includes in itself the seeds of improving as a person. One way that it can really do this is by making us into people that are more accepting of other people, and who are able to make or to at least try to make other people feel accepted, no matter what they are feeling or even how they are acting. This is something that can improve not only our own lives, but those of the people around us.

6 Responses to Doing Unto Others: How Bipolar Disorder Can Make Us More Accepting of Other People