I’ve written a lot about the difficulties with having bipolar disorder. Today, I want to talk about one of the most positive aspects: how it affects our creativity. Bipolar disorder gives us wonderful connections between ideas, many of which can be very insightful. It gives us a passion for beauty that expresses itself artistically. This positive aspect is not without its challenges, but when focused, can be an exciting part of our lives.

The Connection Between Bipolar Disorder and Creativity 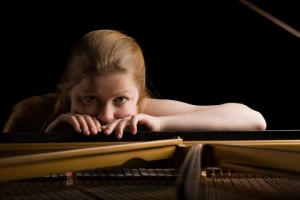 The connection between bipolar disorder and creativity has been well established. Dr. Kay Redfield Jamison, herself bipolar, established that people with bipolar disorder are far more likely to join creative professions in her book Touched with Fire: Manic-Depressive Illness and the Artistic Temperament

Where does this creativity come from? In my own experience of creativity, I’ve noted a few things that seem to be relevant.

Much art, especially poetry, is concerned with emotions. It finds ways of expressing and communicating emotions that aren’t properly conveyed by our standard emotional vocabulary. Moreover, it can generate emotional responses that might otherwise not have occurred, as viewers and readers find themselves reacting emotionally in new ways. As Aristotle put it, poetry is “more philosophical and more important than history,” because it captures universal aspects of human experience rather than mere facts.

People with bipolar disorder feel emotions extremely strongly. This can be debilitating, but it gives us a stream of emotional states from which to work. If art is concerned with the expression of emotion, surely those who have strong emotions would have more to express. People with bipolar disorder don’t need to wait for tragedies or transitions in their lives to feel the strongest passions. They experience them on a constant basis.

When hypomanic, people with bipolar disorder tend to make a lot of connections very quickly. I find that my own intuition greatly accelerates when I am hypomanic, and I see the way that things fit together in those periods much better than I do during other periods (including depression, where the opposite seems to occur). I’ve noticed, for example, just how much the basic ideas of my philosophical work come during hypomanic episodes.

These connections have an especially important relevance to creative work. Metaphor is a kind of association of ideas through the imagination. Just as we can synthesize complex concepts during hypomanic periods, we are also able to see ways in which images and emotions fit together in various ways. I find that when hypomanic, not only do I make logical connections, I start to think in metaphors. It’s a lot easier to say, “Love is a red, red rose,” when we actually see the ways in which love resembles a red, red rose. 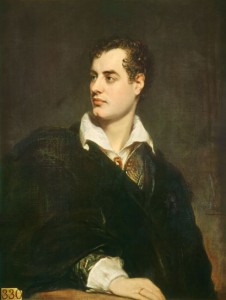 When we have the kind of insights that come in hypomania, it is often hard to capture them. After all, we tend to move from one connection after another, which can lead us to a lot of mixed metaphors or conflicting ideas. However, we eventually come down from that hypomania, and can sift through the connections that we have made, looking for those that are really insightful among those that might just be confused. It gives us a lot of material to work with.

On the other hand, having a transition between emotional states allows us to look at one emotion from the perspective of another. It gives us a combination of intensity and distance. We can look from the outside at our emotions, and talk about them while not feeling them. This allows us to represent our emotions in a way that is not simply a “gush.” It is a kind of insight that enables us to represent what it is that we have experienced.

Bipolar disorder also gives our lives a kind of intensity that is so important for creative work. I don’t just mean here that we have stronger emotions. What I mean here is that, when our emotions are fluctuating so much, we have a drive to capture them and put them in a form that we can deal with. Dealing with our emotions becomes especially important. We can’t just sit back and live; we need to do something about our lives. Otherwise, we simply become overwhelmed. This gives us a drive to explore emotions and express them. It becomes a kind of need that develops out of their intensity.

In addition, the hypomanic periods also give us an unbounded amount of energy that we simply must do something with. We have a few choices, including pacing and gambling. However, one of the most common choices associated with this energy is creative expression. We have the need to act, and an artistic expression is something that enables us to channel our energy.

Creativity, then, seems to follow from bipolar disorder as a kind of natural consequence. Element after element of bipolar disorder give us the resources, the motive, the insight and the energy to express ourselves creatively. Bipolar disorder isn’t just debilitating. Our improved creativity is one of the ways in which it can really improve our lives.

8 Responses to Gifts of the Storm: Creativity and Bipolar Disorder