I’ve gotten very good at what my psychiatrist calls “presenting well.” What this basically means is that, under normal circumstances, it’s not obvious that I have bipolar disorder, even when I’m having a moderate episode (more severe ones are another story). While none of my friends were especially surprised when I disclosed my bipolar disorder, on a day-to-day basis, I’ve gotten pretty good at hiding what is going on.

I’ve found that this has its good side and its bad side. On the good side, it makes it easier for me to function in society and to avoid some (though not all) stigma. On the bad side, it creates a kind of loneliness that can be difficult to deal with. In this article, I discuss my experiences with “presenting well,” and one of the ways that I’ve learned to deal with the ensuing loneliness involved.

I think this post may be a little controversial, but I don’t mean it to be. It’s simply sharing my own experience, and how I’ve managed to cope personally with something to which I have found no better solution. 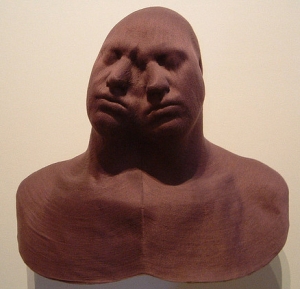 I honestly think my capacity to present well comes from my experiences in acting. Once upon a time, I was a theater major in an arts high school. The school was quite similar to Fame and we did actually sing in the hallways (although we never actually engaged in choreographed dance numbers on top of people’s cars).

One of the skills I learned there was improvisation, and not only the “Evening at the Improv” kind. Rather, we would develop characters and scenes as we went, which taught me how to develop a persona without there being a script. This ultimately taught me to present well, though of course I wasn’t thinking of it as such at the time (I wasn’t diagnosed until well after high school).

One part of what makes dramatic improvisation work is what Freud called “counter-transference.” That is, we often pick up certain cues from how other people see us, and start to internalize that role. I’ve increasingly found that I’m very good at behaving in the way that other people expect me to behave, and that I actually find myself partially being who people expect me to be. This has enabled me to present well, filling the appropriate role in the appropriate situations.

I should mention that this was never a conscious process. In fact, I only really realized I was doing it in the last couple of years (and, in fact, for the first decade or so of my bipolar disorder, I was actually pretty bad at it). Nonetheless, after I’d learned to blend in in many situations, it occurred to me that, “Oh yeah, I’m doing improv.”

Why Presenting Well Is Lonely

The primary problem with presenting well is that it has created a certain kind of loneliness. It’s not that I wasn’t lonely before. After all, not presenting well led to a kind of rejection where I was often by myself, anyway. However, the new situation was different. I found that I could become very lonely, even when I was in a crowd of other people.

This takes on different forms depending on my mood. When I’m depressed, there’s the feeling that I would really like the support of people around me, no matter what kind of situation I am engaged in. I remember recently being very upset about something while I was doing something academic, and thinking to myself, “I really wish someone would ask me if I’m okay, since I’m definitely not.” This experience can be very lonely.

On the other hand, hypomania creates a different kind of loneliness. When I’m hypomanic, I’ll become extremely excited about things that the people around me don’t really care about. When my hypomania is less severe, I’ll be quite aware of this, and refrain from going on about whatever it is that has really captured my interest, since I believe that I’ll be boring people (when it’s more severe, I’ll stop noticing that other people aren’t interested, but then I won’t be presenting well, anyway).

This, too, can be very lonely. When I’m really fixated on something, it’s hard to accept that other people aren’t interested. After all, how can they not find it completely awesome? At worst, I’ll feel rejection because no one cares about what I care about so deeply. At best, I’ll be conscious of myself going through the motions of trying to care about what I can’t actually care about, and only feel excluded.

Finding My Own Emotional Space 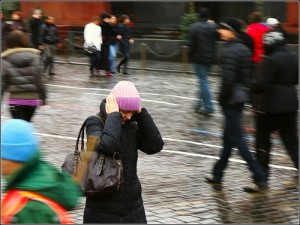 I’ve recently found a way of dealing with this, and it has helped me find social situations less stressful (though not necessarily less lonely). This has been to carve out for myself a kind of emotional space that I can exist in, even when engaging with a crowd that cannot or will not share in that emotional space.

Perhaps the best way of phrasing it is to use Saint Paul’s expression of being “in the world but not of the world.” I try to think of myself of actually being alone, and detaching myself from the expectation that other people will engage themselves with my emotional state. But that’s okay. After all, as an academic, I’m alone much of the time, anyway. No one engages my emotional state when I’m by myself, so if I free myself from the expectation that other people will always do so, I can exist partially in the same inner emotional space that I use when walking down the street or reading a book.

I have found that this isn’t necessarily such a bad thing. One of the interesting things about counter-transference is that we become the expected person to some extent internally as well as externally. Sure, for the most part, I’m living in my own emotional state, but for flashes, I may even start to enjoy being with other people, at least in part. It can make me feel somewhat euthymic inside when I’m behaving euthymic on the outside.

This doesn’t always happen. Sometimes things are bad enough that I’ll never get the sense of become what I’m presenting myself as. However, it happens enough that it’s usually worth the effort. It helps me cope with something I’ve otherwise found insoluble.

Is This Something I Should Be Doing?

Of course, this raised for me the question of whether I’m just being dishonest, and whether there’s something wrong with that. To be honest, I don’t really care. Living with bipolar disorder is hard enough without having to live up to some standard of authenticity that’s never made any sense to me anyway. I’m the one who actually has to live with this disorder, and I’m not willing to have people set up social standards of my behavior and then criticize me for actually following them.

It’s not like I’m simply burying the expression of my feelings. I’m merely postponing their expression for more controlled and private situations where people have the time to actually help me. I’ll often even express how I was feeling, not as a criticism of the situation, but so that people can understand what I’ve been going through. My presenting well gives me the power to choose when to be public and when to be private, without ultimately deceiving those who are close to me.

So, that’s my experience of presenting well, and the ways that I’ve learned to cope with it. To be honest, the whole thing is kind of a struggle, and I’m not sure there isn’t a better approach. However, it has allowed me to maintain social relationships that ultimately are much more helpful to me than my previous complete isolation. It has been for me a way of managing my condition while living the kind of life that is important to me.

Is It Possible To Be Authentically Bipolar?