Please do not use the following article for self-diagnosis or the diagnosis of others. Even mental health professionals cannot diagnose themselves. It is intended instead for information and to provide useful subject matter to discuss with a psychiatrist or therapist.

The distinction between bipolar I and bipolar II is confusing enough (I have written another article on that subject), but sometimes people receive even less-known diagnoses, which are “cyclothymia” and “bipolar disorder, not otherwise specified.” When people receive these diagnoses, they are often even more confused by what is going on.

Part of what makes these types of bipolar disorder especially confusing is that they are actually defined by what they are not. In other words, they are diagnoses for people who don’t quite reach the diagnostic criteria of bipolar I and bipolar II, but obviously have symptoms that are on the same spectrum.

Note that, if these symptoms are the result of drugs (either legal or illegal) or another medical condition, then they will not count toward a diagnosis. 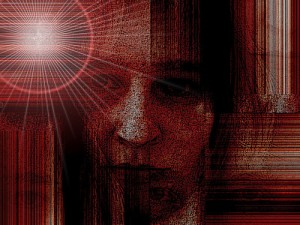 Sometimes cyclothymia is also called “bipolar disorder III.” It is a type of the disorder where the episodes don’t quite reach the level of a manic episode or a major depressive episode for a period of two years, and who do not have asymptomatic periods that last more than two years. Rather, it is characterized by hypomania and episodes that are similar to depressive episodes, but lack at least one of its necessary characteristics.

I’m going to quickly discuss major depressive episodes, to show what it is that cyclothymic people don’t have, when compared to other forms of bipolar disorder.

For a major depressive episode to occur, it must cause “significant distress or impairment” in functioning, and not be the result of mourning. In addition, five of the following must occur for a period of two weeks (according to the DSM-IV), including at least one of depressed mood or loss of interest in pleasure:

Okay, but what if someone has four of these symptoms? Or if they symptoms last for ten days instead of two weeks? Or if the episodes don’t cause “significant impairment or distress?” This is where cyclothymia comes in. It is intended to account for people who have depressive episodes that do not quite match up to the criteria of a “major” depressive episode.

You Can Be Cyclothymic and Have Bipolars I or II 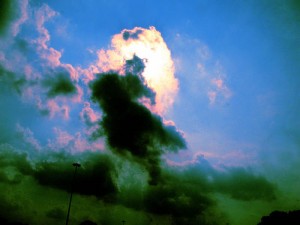 Bipolar Disorder, Not Otherwise Specified (often abbreviated as “Bipolar Disorder, NOS”) is basically the DSM-IV’s way of admitting that its diagnostic criteria aren’t quite complete. In other words, there are a lot of people out there who are clearly on the bipolar spectrum, but don’t quite meet the diagnostic criteria of either hypomania or major depression, or don’t meet them for a period of two years.

In order to clarify what it would mean to not quite meet the diagnostic criteria of a hypomanic episode, I will summarize them here.

To have a hypomanic episode, one must have elevated or irritable mood, and also meet at least three of the following criteria for at least four days:

In addition, these symptoms must lead to “unequivocal” but not “marked” impairment of functioning (a frustrating distinction, but it basically means that the person isn’t quite as functional as usual, but it doesn’t completely paralyze them), not lead to hospitalization, and not include any psychosis.

As you can see, hypomania is already partly defined in terms of its not being a manic episode. Someone with bipolar disorder, NOS, however, do not even meet the above criteria. However, they clearly have at least some of them, and therefore can be considered to be on the bipolar spectrum. Nonetheless, because they don’t quite fit the criteria, they are considered to be “not otherwise specified.”

As you can see, the diagnostic criteria of these two disorders can be difficult to get a handle on, precisely because they are defined by what they are not. However, knowing the criteria for the episodes that people with cyclothymia and bipolar disorder, NOS, can be helpful in understanding what criteria are being used in order to mark them off from bipolars I and II.

Note that “less severe” and “less serious” are not the same thing. While cyclothymia and bipolar disorder, NOS, are not as severe as bipolars I and II, they can still be quite distressing for the people who have them. They are psychiatry’s way of addressing people who don’t quite meet their usual criteria, but clearly have a mood disorder on the bipolar spectrum and still need assistance.

All of the above are intended to be ordinary-language versions of the diagnostic criteria. You may also wish to read the official (and more techincal) DSM-IV criteria for cyclothymia, major depressive episodes, or hypomanic episodes.