Sometimes I’ll hear people say that people with bipolar disorder are “addicted” to mania and hypomania. I prefer to think of it as the “enchantment” of a bipolar life. Don’t get me wrong. Bipolar disorder often, even usually, can be disruptive and terrible experience. However, there are moments where it’s like the world is just crackling with magic. I don’t think that we should have to apologize for sometimes enjoying ourselves.

In fact, I would have to say personally that finding the enchantment in being bipolar has actually been therapeutic. Far from being an “addiction” that I need to overcome, it is more of a consolation and an important part of my ability to integrate my bipolar disorder into my life. Without its positive aspects, I wouldn’t even want to integrate it.

As a personal point, I should my experiences with mania (rather than hypomania) have been absolutely dreadful. I don’t mean the after-effects, but the experiences themselves have been extremely frightening. My discussion below mainly deals with hypomania, but I have heard some people say similar things with respect to their mania. At the end of the day, like all of my posts, this article is about my own experiences. 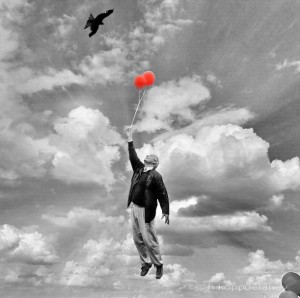 One of the symptoms of bipolar disorder is called “distractibility”. The DSM-IV defines this as “attention too easily drawn to unimportant or irrelevant external stimuli”. I beg to differ. What is so interesting about this definition is that it assumes that we know what is “unimportant” and “irrelevant”.

In fact, part of the enchantment of bipolar disorder is recognizing the beauty in the little things. My own experience often has to do with patterns. There are lots of little patterns that exist out there, from the details of a backgammon game to the way that jelly beans arrange themselves in a jar (that was a recent one). The world is filled with crystalline structures that I can only see when hypomanic, and they are beautiful.

There are also all the little connections. One of the reasons that so many poets are bipolar is because the ability to see connections makes us incredibly good at developing metaphors. The reason that emotions can be a pathless woods is that emotions are actually like pathless woods. The structure of things and their similarity, even in objects that are quite distinct, enables us to map them onto each other as metaphor.

This translates itself into experience in a very interesting way, and is the reason that I use the word “enchantment”. Life becomes full of metaphor, where things and experience bear meaning. Sometimes this is called “serendipity”, where things seem to fit together in special ways, but that isn’t quite right. I think of it more as what Grant Morrison calls “significance,” or as he puts it, “How can something so small be so significant?” It’s not so much that things fit together as that they have meaning.

So, is any of this real? Well, it depends on what is meant by “real”. I’m becoming increasingly convinced either that nothing is real in the sense meant by that question, or rather, that ordinary experience is inseparable from our imagination, and that what we call reason, mathematics and logic are just the imagination’s rules for imagining itself. It’s the reason I’ve been exploring Bonaventure lately, for whom everything had a deeper significance.

Regardless, what matters for my purposes here is that the experience is enchanting. It is like living inside of a beautiful story. Moreover, these experiences carry themselves past my episodes. I remember the significance that everything carried, and I exist in a constant state of nostalgia. It is like Wallace Shawn at the end of My Dinner with André, looking at an ordinary street, remembering what it all used to mean. 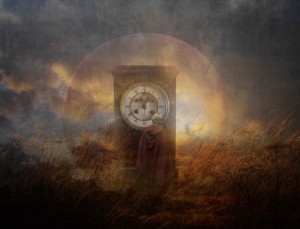 The movie Pleasantville struck me in some interesting ways, but one thing it really made me think about is what it must be like to experience color for the first time. They didn’t even have terms for it, as their terms for color had already been used up in describing different shades of grey. All they were left to say was that things were “red, like really red.” It was like developing new sensations.

Perhaps this is only my own experience, but when hypomanic or manic, the way that I perceive light and color changes considerably. Things become starker and brighter, and the blacks become deeper. Sometimes it can actually become quite overwhelming. Usually, though, it’s like walking into Toontown, with textures fading away into color.

Sounds, too, take on their own shape. They are louder, brighter, more focused. At times, I will simply need to walk away if a place has music, as I can’t stand to listen to it. Usually, though, it is like the ordinary sounds of life because life’s own soundtrack, flowing together into harmonies that I would otherwise not hear.

The world, then, takes on its own visual and aural shape. It is not only that the things in it take on significance, but the senses that take on their own complexity and their own structure. Time actually slows down to allow me to take it all in. Life is framed, shot, painted or storyboarded, take your metaphoric pick, and it lends to all experience its own beauty.

This isn’t an addiction, and it isn’t attention to insignificant and irrelevant external stimuli. It is the part of bipolar disorder that can help compensate for the many bad parts. Can it be dangerous? I know I need to watch myself when I feel these kinds of experiences coming on. But they can change life into something wondrous for a time and ponderous for the rest of it. Some parts of bipolar disorder can be really enchanting, and I can’t imagine what life would be like without them.

10 Responses to The Enchantment of a Bipolar Life