As those of you from the Facebook page probably know, I’ve recently taken a medical leave for a mixed hypomanic episode that started at the beginning of July. It was in many ways a frustrating experience, and in no ways a pleasant one (though I did have some ideas at the end that I’ll be using in some future writing). I decided this time to really keep a watch on what was going on in the episode, and see what I could learn from it. I did pick up a few things, so I thought I would share them today.

Symptoms Build On Each Other

While each symptom builds on others, getting a handle on one symptom can help improve the rest. 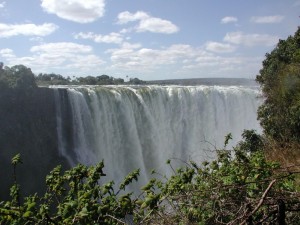 One thing I really noticed this time is the way that the episode really cascaded. By this, I mean that, while at the end of the day an episode is a problem with my brain, each symptom of the episode really built on the next. In the end, noticing this problem actually helped me get out of the episode, or at least manage it as it went along.

The whole episode started when I hurt my back at the end of June. The injury itself didn’t cause the episode, but I wasn’t able to sleep because of the pain. This really started the cascading effect. After about four days of sleeplessness, my moods started to fluctuate wildly. I was moving from elation to depression and back again. Plus, I was getting the mood that goes along with mixed states, a kind of devil-may-care depression that can lead me to act in ways I really regret.

The moods, however, built on each other. Even once I’d gotten control of the back pain, my hypomania led to more sleeplessness, which in turn led to more instability in my mood. My lack of sleep and fluctuating moods made it very hard to get any work done, as I couldn’t focus (at one point I forgot my own phone number). This led to a great deal of stress, which in turn accentuated the sleeplessness and the fluctuating mood.

However, I really noticed how this cascading was happening, and resolved to get a handle on it. The first thing was sleep. My psychiatrist gave me something to help with that, and I started to take it nightly. My sleep wasn’t perfect, but I went from three hours to about six, which seemed to be enough to eliminate that element of the symptoms. That, in turn, helped me focus, which removed some of the stress and so forth.

The positive thing about cascades is that they can work in both directions. While each symptom builds on others, getting a handle on one symptom can help improve the rest. So, getting a handle on my sleep, albeit with sleeping pills, helped alleviate the rest of the symptoms. Similarly, getting away from work-related stress (which I’ll discuss in the next section), helped with the sleeping.

It’s Okay To Take Time off

My problem was that I had never really conceptualized my bipolar disorder as an illness, or rather as a chronic illness, which is what it is. 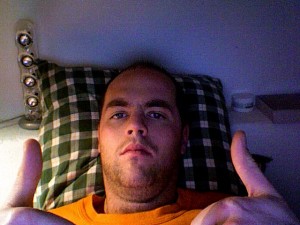 I also did something this time that I’ve never really done before: I proactively took time off of work. I’ve missed some days of work before as a result of bipolar disorder (though less than because of the flu or partner birth leave), but usually I take the “never take a sick day unless absolutely necessary” approach to my illness. I’ve muscled my way through more episodes than I can count, which I guess is okay for my employer, but not really good for me.

However, this time my psychiatrist basically ordered me to take a medical leave. I came into her office ranting about seven different things in no particular order. She wanted me to take a week, but I bartered her down to four days. I sat down for a couple hours writing emails to cancel all my appointments and my class for that week, and then just stopped working. This helped me in managing the cascade effect I mentioned earlier.

My problem was that I had never really conceptualized my bipolar disorder as an illness, or rather as a chronic illness, which is what it is. My basic approach was that, unless I’m actually in bed unable to move and contagious, it was wrong for me to take any time off of work. Actually, if my psychiatrist hadn’t basically commanded me to take time off, I probably wouldn’t have this time either.

However, taking the time off really made me realize that I am allowed, indeed my contract provides that me the right, to take time off from work for flare ups as a result of chronic illness. I think part of my hesitation was thinking, “If I take time off for a chronic illness, it indicates that I am an inferior worker, since it isn’t something that I can fix, and that means I’m perpetually a liability.”

Nonetheless, chronic illness, too, is a part of what sick days are for, and there’s nothing wrong with taking them if they will genuinely help me manage an episode. That’s why they’re in the contract. If things got really bad, I could take an extended leave (as I did in 2000), but I shouldn’t feel guilty for actually taking sick days off when my physician tells me to do so.

Others Can Help, But I Need To Be Fair To Them

What I really needed was to distinguish muscling my way through an episode and successfully managing it. 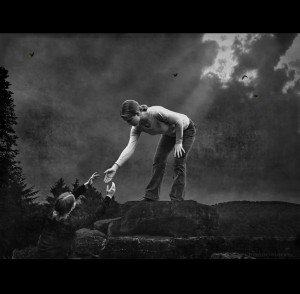 I was very happy with the way that people were supportive during the episode. Several people picked up some slack for me, and I am very grateful. One important thing I realized was that people are actually often willing to accommodate an episode of mental illness in much the same way that they will accommodate an episode of a physical one. I guess this goes back to the “sick role” that I’ve discussed before. The sick role can be annoying, but it has its benefits.

However, I also saw the ways that accommodating me, while other people may even on some level be obliged to do so, can really put a strain on people. I noticed the ways that people were helping out, but that it was difficult.

I think I’d been caught in a kind of false dilemma before. I thought that either people were obliged to help me or I was obliged to muscle my way through. However, what I really needed was to distinguish muscling my way through an episode and successfully managing it. I knew that I could count on people, but I also wanted to improve the situation so that I could take some of the strain off of them.

This gave me some of the motivation I needed to put a stop to the cascade. In fact, muscling through wasn’t ultimately good for the people around me, as it extended the episode or at least made it get worse and worse. I realized that people really wanted to help me manage the situation, and I guess my part of the deal was to actually try to manage it.

As a result, I realized that other people are actually willing to help when things get out of hand, and that I really wanted to manage things so that I would need as little help as possible. It’s a delicate balancing act, but what I really discovered is that it’s not absurd to try to balance it.

My episode isn’t actually over. On Saturday, I had insomnia again, for example. I imagine that I can’t actually stop an episode. After all, there’s a problem with my brain. However, I have learned some things that helped me manage future episodes.

Managing an episode is not the same thing as muscling through one. Managing an episode involves trying to figure out how the symptoms are cascading into each other, and finding point where I can stop or ameliorate the cascade itself. It involves allowing myself to take advantage of the supports around me, while at the same time taking that as a motivating factor for managing what is going on.

This episode wasn’t especially severe. I’m not sure how all of this would work with a more severe episode. However, I think that even in those cases, this can serve as a useful paradigm.

6 Responses to Managing Bipolar Disorder Versus Muscling Through It: Lessons From a Recent Episode