I may be a little controversial with this post, but bear with me. Part of the reason for stigma around bipolar disorder is that we can be a little different when symptomatic, and people aren’t quite sure how to talk with us during those periods. I know for myself, irritability, depression and especially effusiveness can create some socially awkward situations. As a result, we can be ignored or even disliked in some cases.

Conversation includes a number of complex social cues and skills. Bipolar disorder interferes with our ability to recognize those cues or to use those skills. However, if you know that you are speaking to someone with bipolar disorder and are at least vaguely aware of what kind of episode that person is in, there are reasonable accommodations that can be made, depending on what symptoms are involved. So, I’ve put together some thoughts about how best to relate to us during our symptomatic episodes. 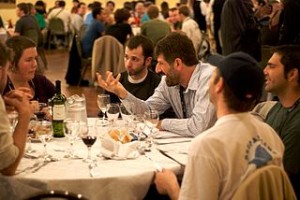 The first principles of conversation are the same, regardless of whether or not someone is symptomatically bipolar. Basically, we want to connect with other people, learn about things, and enjoy each other’s company. Nothing about this changes when we are talking with someone who is symptomatically bipolar. The reason that I bring this up is that the goal here isn’t to create situations where the bipolar person feels patronized or “put up with.” These accommodations are intended to be no more patronizing than any other accommodations. The goal is simply to genuinely connect and enjoy the company of bipolar people when they are symptomatic.

During hypomania, there are really two symptoms that are especially relevant to having conversations with someone who is bipolar. First, people who are bipolar are effusive. That means that we have the tendency to just talk about whatever is on our mind without the normal filters that people have. In my own experience, this isn’t a matter of losing the rudeness filters (usually). It’s rather a matter of losing inhibitions that might make me embarrassed to talk about the minutiae of my personal interests.

Second, people who are hympomanic tend to make a lot of very fast logical connections. Some of these are good connections, while some of them are bad connections. However, we will often simply go from one to the other without making them explicit. This can make it difficult to follow our reasoning.

So, how then should one speak with a bipolar person who is hypomanic? The goal here is simply to take advantage of the state, rather than to see it as a bad thing. 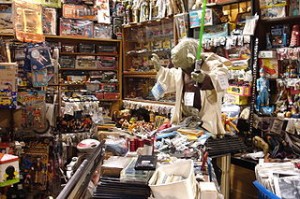 Effusiveness provides people with an opportunity to discuss things with bipolar people that they otherwise not get a chance to discuss. One of the things a lot of bipolar people have come to realize is that minutiae are very interesting. Bipolar people tend to know a lot about whatever it is that enthuses them, and there is a real opportunity to learn about and discover some new things by speaking with us.

In addition, people with bipolar disorder are more likely to be interested in the minutiae of whatever it is that you are talking about. So, if you have a hobby or interest that no one else much cares about, someone who is hypomanic is in the position to appreciate it. The appreciation is genuine. I know that when I “come down” from a hypomanic episode, I never lose the sense that the wonderfulness of things that I had appreciated were actually wonderful.

Now, there are a couple of just straight out strategies to bear in mind when speaking to someone who is hypomanic. First, feel free to simply cut us off. The need to keep talking can actually become a little compulsive, so to have a conversation, you’ll need to just break in there. We’re probably going to miss any subtle cues. Plus, we (or at least I) really want you to talk. Few things make me feel more embarrassed than going on about some subject for half an hour without any actual response.

In terms of the leaps of logic, one of the best things to do in order to have an interesting conversation with someone who is hypomanic is to simply ask a lot of questions. If something doesn’t seem to follow from something else, you can just ask how it does. Or, you can offer a different interpretation of how things connect, or ask for definitions, and so forth. This keeps the conversation going, and prevents you from getting lost when speaking to someone who is bipolar. 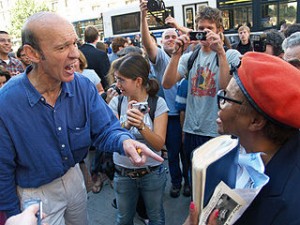 Often, people who are hypomanic are irritable, and having conversations with an irritable person can be very tricky. First, remember that you have no obligation to get snapped at or treated poorly. If you are speaking to someone who is becoming verbally abusive, feel free to simply tell them to stop or else leave the conversation.

There are, however, things that can be done when speaking to someone who is irritable to prevent things from becoming uncomfortable. The first is to recognize that the person is sensitive, and to therefore avoid topics that can become heated. In general, politics and religion are topics to be avoided in groups, anyway, but it becomes especially important if someone who is symptomatically irritable is thrown into the mix.

In addition, in my own experience, the best topics to talk about when irritable are those that have absolutely nothing to do with me. Irritability is a kind of hypersensitivity to perceived injustices, so staying away from topics where injuries are even possible is a good strategy. Discussions like why Firefly was such a great television show or backgammon strategy are examples of really interesting topics (varied to taste) that can be held perfectly well even with someone who is irritable.

Having conversations with people who are depressed can be quite a different matter (and applies to people with major depressive disorder, not just bipolar people). People who are depressed may not even want to have a conversation, and if they express that wish, the clichéd strategy is the best one. Just leave them alone, but extend the offer to speak with them later if they wish. This makes depressed people feel cared about while respecting their boundaries.

Depression causes the opposite of effusiveness, which is… “defusiveness”? I’m not sure of the word, but the basic point is that people with depression are often not very good at holding up their end of the conversation. This leads a lot of people to simply give up, and to go away. However, there are some fairly straightforward accommodations that one can make. 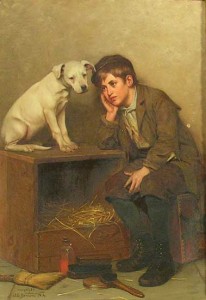 One warning is to not simply pepper a depressed person with many questions. It’s usually counter-productive. You want the person to want to speak with you, not feel obliged to speak to you because the conventions of conversation require it. Lots of questions just puts the person on the spot, which makes them want to speak less, not more.

However, with bipolar disorder, we are often depressed from no circumstance whatsoever. Instead, we are simply “down.” In these cases, conversation can be a great way of improving our mood, at least temporarily. In this case, the goal is to focus on genuinely enjoying each other’s company in spite of the depressive mood.

Everyone has subjects that they can discuss endlessly, even if they are not effusive. Assuming you know the depressed person well enough to know what some of them are, why not start a conversation about one of those subjects? Just make sure it’s one that you find interesting as well. The goal here isn’t to “cheer the person up,” at least not directly. The goal is to enjoy each other’s conversation.

You’ll probably end up doing a lot of the talking, but just like it’s hard to drive and talk on a cell phone at the same time, it’s hard to focus on one’s depression and have a conversation about something completely unrelated at the same time. It won’t get rid of the depression, as that’s something wrong with our brains, but it will provide some genuine enjoyment in the meantime.