Occasionally, I’m asked whether or not my medication is working, or whether or not my bipolar disorder has gotten better (or worse) over time. Having tried to answer this question a couple of dozen times, I’ve realized that the answer is actually quite complicated. My moods don’t just “improve.” Rather, there are different ways in which bipolar symptoms can change, some of which are more important than others.

In the interest of answering this question, then, and of providing the tools for others to better answer this question when it is asked by a therapist or by someone else, I’ve put together the different ways I’ve found that the moods associated with bipolar disorder can improve. Specifically, I think of these as prevention, duration, stability and intensity, and I will discuss each in turn. 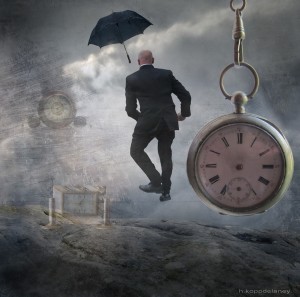 One way that bipolar disorder can get better is in the frequency of episodes. As I’ve discussed before, bipolar disorder has triggers. That is, certain things can set off an episode, be it stress, sleeplessness or even the seasons. One way, then, that bipolar symptoms can get worse is by preventing or delaying the next episode.

The reason I say “preventing or delaying” is that, if someone were to really prevent any future episodes, that person would be effectively cured of bipolar disorder (I realize the definition of bipolar disorder means implies it can’t be cured, but that is for a different post). I don’t think I’ve met anyone for whom this is true. However, we can still talk about prevention, in the sense that a given episode might not happen that otherwise may have happened.

“Delay,” though, is also a useful term. Avoiding triggers can at least decrease the frequency of episodes. This is itself a good thing. It is better to go from three episodes per year to one. By avoiding triggers, it may be possible to delay the next episode. Frequency is therefore one of the ways that people can be said to improve their symptoms.

However, a completely different metric is how long episodes actually last. This is different from frequency, in the sense that one might have three short episodes or one long episode. One way, then, that we could be said to improve is by having our episodes last less time than they normally would.

In my own experience, this is one of the ways that my bipolar disorder has really improved. Previously, my episodes would last for months. Now, in general, they last for about three to six weeks. I’m not sure what has caused this change, exactly. It may be the medication or simply my age. It may also be that using coping mechanisms on an episode actually cause them to end more quickly.

Still, duration is something that can get better. Even if we have the episodes at the same frequency, if they don’t last as long, that is an improvement. 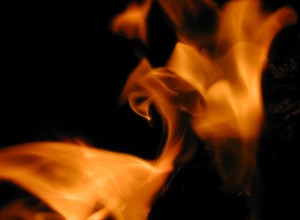 One of the most important ways that bipolar episodes can get better or worse is in terms of their intensity. In other words, am I become manic or only hypomanic? How intense are the symptoms that I have? Am I getting enraged, or merely irritable? Are my grandiose ideas only fancies or are they turning into plans? Am I doing anything to carry out those plans?

For each symptom, there are levels of intensity that I’m sure we’re all familiar with. However, intensity is a quite different metric from either frequency or duration. Someone could have an extremely intense episode every three years, or have moderate episodes three times per year. Someone could also have an extremely intense episode that lasts for weeks or a moderate one that lasts for months.

In my personal experience, intensity is the way that my bipolar disorder has most improved. It is also the metric that is most important to me. I don’t mind as much having frequent or longer episodes, so long as they aren’t very severe. I’m almost certain that medication is partly responsible for this, as the few times I’ve been off medication, I’ve noticed a significant difference. Still, coping mechanisms have helped as well.

Finally, one way that moods can change is in terms of their stability. I use the term “change” rather than “improve” here, because I’m not convinced that stability in an episode is necessarily a good thing. Is it better to have a three-month-long depressive episode or a three-month-long rapid-cycling or mixed episode? To be honest, as someone who has had both, I’m torn on that one.

However, stability is a distinct category and worth taking note of. An episode can be very intense but have one distinct mood, or there might be an ultra-rapid cycling but moderate hypomanic episode.

I’m not convinced my emotional stability has gotten any better. As I’ve aged, I’ve become more and more a rapid cycler, and my episodes tend to be increasingly mixed. As I mentioned, I’m not sure this is necessarily a bad thing, but often stability is what people are talking about when they ask if my mood is “improving.” In general, what I say is that my moods have become a lot less intense, but they aren’t becoming any more stable.

The reason I’ve made all these distinctions is that I’ve found them very helpful in terms of discussing in just which ways my bipolar disorder is getting better or worse, or at least changing. In my own case, the frequency of the episodes has stayed about the same, and the duration, intensity and stability of the episodes have all decreased. Overall, I would consider this an improvement, and that’s what I say when I am asked this question.