The language of mental illness is controversial, and rightly so. How we think and how we are discussed are things to be really concerned about. The first step in this debate is to think about what it means to define something at all, which is why I have written this article.

Language Is a Tool 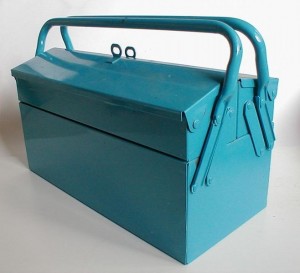 The first important point that I would like to make is that language is a tool. I don’t mean to say that it is a screwdriver. One of the most common uses of “tool” is to refer to a certain set of physical instruments that are used, usually in home improvement. This is a perfectly reasonable use, but it is not the only use of the term.

Rather, a tool in the broader sense is anything that we use for something else. It is something that serves some determinate purpose or set of purposes. As such, it isn’t something that just exists on its own as a kind of independent reality. It exists for something. The question then arises about what things language is used for.

One of the primary uses for which we have language is how we actually conceptualize the world. For the most part, we think using words. There are exceptions to this (we will often think in terms of images), but it is the primary way that we do so.

This makes language incredibly important for the way that we think about mental illness or any other subject. It carves up a kind of “linguistic space” in which we can think. Often a set of different things are bundled together in a term, and then we think about the properties of everything we’ve put together in that bundle.

Language precedes thought in a very important way. If I want to think about “health,” I will always need to think about the entire bundle of things that I have put under the umbrella of “health.” I can’t even think about parts of “health” unless I go back and divide up the word in some way, either by using different terms or finding adjectives that can be used to separate it.

For this reason, getting our terms right is important for thinking clearly. Unless I’ve clarified my terms and gotten them to “carve up the world according to its natural joints,” I literally won’t be able to think about a question. Just as with anything else, it’s always important to sharpen our tools. 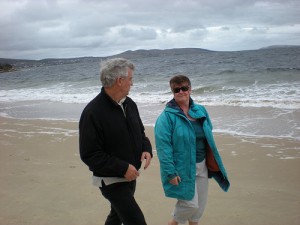 Of course, the primary reason that we developed language in the first place was to communicate with other people. We don’t just think, we discuss. It is a very interesting thing to notice about human nature that the primary way we think is actually the primary way that we communicate.

So, language is not just a conceptual issue; it is a social issue. How we use language affects the ways in which everyone is able to discuss important social questions. As a result, it is often important to change the way that language is used. At the same time, I have an obligation to follow language conventions to at least some extent, or I will be misunderstood or even potentially mislead people (which, at its worst, would be a form of lying).

The Tension Between Concepts and Communication

This creates a very important tension in the use of language. If I’m conceptualizing the world in a way different from other people, then I risk being misunderstood. On the other hand, if I use language in a conventional way of thinking that I do not accept, then I risk reinforcing ways of thinking that can be harmful. There is a real tension between the private and public uses of language.

Three Ways of Overcoming This Tension 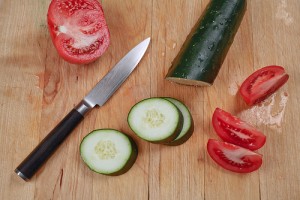 There are three ways of approaching this tension. The first is to ramp up my vocabulary. In other words, I find technical terms that can only mean one thing, taking those terms from specialized discussions of topics. Postmodernists and scientists do this all the time. The danger here is that the person I’m talking to will simply have no idea what I’m talking about (another danger is the use of ordinary language terms in technical ways of which the person hearing has no idea; this is a deceptive practice quite common in medicine that really needs to stop).

The second way to approach the tension is to use what are called “stipulative definitions.” In this case, I need to define my terms as I go along, so there is no confusion about what I mean when talking. It’s a way of mapping out linguistic space as I go, so that I can use terms in ways in which my hearer isn’t necessarily familiar. At the end of the day, this can be the best method, but it is quite time consuming.

Finally, there is the careful use of adjectives while talking. I can also carve up linguistic space by using adjectives to divide something into smaller chunks that avoid confusion. So, I can forgo the debate about whether “health” can only refer to bodily health or mental health by simply saying “bodily health.” This is a tidy solution, though it still has the effect of possibly reinforcing that the bundle that I’m carving up represents a natural joint that I don’t want to accept.

All of these ways of using language as a tool require a lot of patience. When thinking, I need to be patient with myself, because I’m constantly in the process not only of thinking, but of revising the way that I’m thinking. This can lead to a constant process of rebuilding the way that I think about the world, once I’ve discovered new tools or discovered that the way I’ve considered things has been badly built.

When communicating, it is very important to be patient with other people. Communication is often a process of trying to find common tools to discuss questions, so that we can be understood. This is a tricky process, but ultimately a collaborative one that requires that we listen closely to each other to understand what is really being said, so that conversations and debates can be fruitful.

Language, then, is very important to both how we think about the world and how we discuss it. It affects my ability to think about the world, and shapes the way that society views things like mental illness. You can see then why I’m often focusing so much in my posts on language and what I usually call “conceptualization.” It is an important part not only of our own thoughts but of our place in society’s great conversation.

6 Responses to What’s In a Name?: Language and Mental Illness