I’ve spent the last several years completing a doctorate in philosophy, and bipolar disorder has been in some ways a hindrance and in some ways a benefit. One way in which bipolar disorder has been a bit of both has been its tendency to push me toward skepticism. Our moods and our thoughts are connected both ways, and instability of moods creates an instability of thoughts. However, instability leads to skepticism for a number of reasons. I’ve both had to fight against this tendency and embrace the aspects of it that are good. 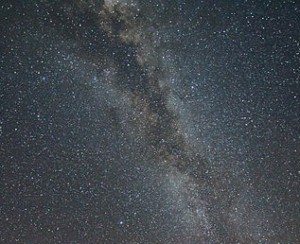 Let’s take together a couple of insights, insights that are often thought common sense:

So far so uncontroversial. However, this creates an important problem: bipolar disorder has the potential to make my thoughts unstable.

When I’m hypomanic, I see connections between things that I had never seen before, and the entire universe seems to be an overarching unity that I have the ability to penetrate.

On the other hand, when I’m depressed, I’m prone to see everything as a meaningless flux. The world seems to be a hopeless, unintelligent mess, impenetrable to both my reason and my activity.

All together, this reminds me of one of my favorite passages from Hamlet:

this most excellent canopy,
the air, look you, this brave o’erhanging firmament,
this majestical roof fretted with golden fire, why,
it appears no other thing to me than a foul and pestilent
congregation of vapors.

In my hypomanic states, the world appears to be ordered and “majestic.” At other times, the world seems to be nothing more than a mess. Depending on my mood, I see it in different ways.

The Origins of My Skepticism 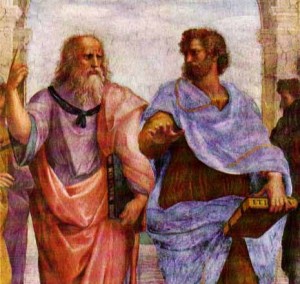 Now, I might conclude from this that I should really focus on my “euthymic” or well states as the place where I can actually do proper philosophy. However, it doesn’t quite work this way. My abnormal mood states also influence the content of my thought during my euthymic states.

For example, I might come up with an idea during my hypomanic states that continues to survive when my hypomania has ended. In fact, many if not most of my ideas philosophically are inspired during my hypomanic episodes. Once I’ve “come down”, I need to sift through the mess, but there are often some very good ideas in there.

In other words, my euthymic states are not an ideal state for philosophizing, either. I recognize that, in that state, I am not as insightful nor as critical as I might otherwise be.

This has the effect of making me more skeptical overall, in the sense that I lack confidence in my overall ability to understand things. None of my states are ideal, and the motion from euphoria to depression to euthymia gives me an overall lack of doubt about my ability to understand in any state.

Socrates discusses something like this effect in Plato’s dialogue, The Phaedo. He says that what he calls “misologia” or hatred of reason comes from when one “puts his trust in an argument as being true, then shortly afterwards believes it to be false – as sometimes it is and sometimes it is not – and so with one argument and then another”. The fluctuations of bipolar disorder create this effect on beliefs, with grand ideas followed by crushing doubts, followed by reconstruction.

It is this process that generates a kind of skepticism. Many ideas and plans are generated, then die, then are rebuilt again. It provides an overall lack in confidence in my abilities to think clearly about matters.

How this becomes a general skepticism is the awareness that, without the bipolar disorder, I would not necessarily be any better off. I would not make as many connections as I do, nor would I rid myself of many bad arguments. The subjective experience of constantly changing my mind makes me believe that beliefs, anyone’s beliefs, are a product of their mental states, it is just that other people’s mental states are more stable, so they have a purely contingent certainty, not necessarily knowledge. 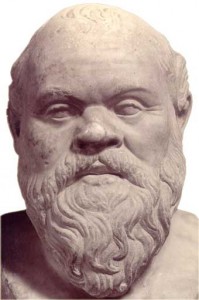 My dissertation was on Plato, so, needless to say, Socrates, his primary character, is a major influence in how I think about knowledge. While my oscillating ideas do not allow me to have complete certainty, that does not mean that they do not develop in a rational manner.

Witness what Socrates says in the Crito about knowledge. In that dialogue, Socrates has decided that it is unjust to escape from prison after his death sentence. What is so paradoxical about his willingness to actually die is that he never claims to know that escaping is unjust. Instead, he says the following:

We must therefore examine whether we should act in this way or not, as not only now but at all times I am the kind of man who listens to nothing within me but the argument that on reflection seems best to me.

Let’s parse this for a minute. Socrates engages in arguments, putting forward hypotheses and seeing if they are refutable. If they are refutable, he doesn’t continue to hold the view, but if they are, he abandons them. Once this is done, he has some hypotheses that have, contingently, survived the dialectic process. He is then willing to die on the grounds of those hypotheses, because this is the closest thing to knowledge that he has.

Bipolar disorder provides a kind of dialectic with myself, with certain kinship to this Socratic dialectic. Hypotheses are generated during hypomanic states, some are abandoned during euthymic states, and others are abandoned during depressive states (though this last sort of abandonment needs to be re-evaluated because I am just as likely to abandon a good idea as a bad one when depressed). This puts me in a constant state of debate with myself.

What arises, though, are ideas that more or less can survive this dialectical process. While my overall experience of reason and its dependence on mood disallows me to call this knowledge, it still provides me with a number of arguments that, “on reflection seem best to me.” They are the ones that survive this overall process, with the possible exception of the temporary abandonment of good ideas while depressed.

A Move To Catholicism 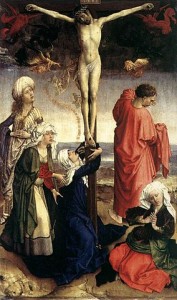 It is for this reason that Catholicism has become so attractive to me. While this might seem like a strange outcome, it is worth some explanation. The position that will “on reflection seem best to me” is the one that can best account for all three sets of states that I have. It is the one that, in effect, never gets abandoned.

One thing that needs accounting for is my mystical intuitions during my manic states. You’ll notice I switched from “hypomania” to “mania” here, and that is deliberate. The sense that I am seeing a deep unity to everything when manic is so strong that I am unable to simply dismiss that sense, even when my mania has worn off. There’s no way to demonstrate this intuition to other people, but I am in a debate with myself, not others, and I am bound to look for the argument that looks best to me, not the one that I can best prove to others who do not have my experience.

On the other hand, I need to account for my experience of depression, and the deep suffering that accompanies those states. While I am in those states, no rational accounting seems sufficient, but, once they are over, I need to integrate those experiences and their non-insight into my worldview. They are raw experience, unconnected to rational understanding.

The Catholic understanding of the redemptive nature of suffering and the suffering of God provides meaning though not intelligibility to these states. While in them, I have the experience of prayer, and I follow the same God of elation and reason onto the cross. In that way, Catholicism unifies both of my extremes into a single event.

It would be tempting to see both of these extremes as something to be ignored, but even in my euthymic states, the Catholic belief of the unity of truth is vitally relevant. This is the belief that reason can never contradict revelation, though it can fall short of it. This allows the rational progress that I make through Socratic dialectic to continue to remain as progress. Catholicism allows me to integrate my mystical intuitions, my depressive suffering and my euthymic rationality.

Bipolar disorder has made me a kind of skeptic, but of a limited kind. Specifically, I am pushed into a sort of Socratic skepticism, in which I develop a dialectic with myself (or perhaps between my different “selves”). The worldview that has been able to remain consistent through this fluctuation is the Catholic one, with its integration of mysticism, suffering and rationality, and is the only one that I have found to account for all of my bipolar states.

2 Responses to Bipolar Disorder and Skepticism: My Philosophical Journey