My life with bipolar disorder has certainly become better in the last ten years or so. The first few times I was asked why that was, I didn’t really have a very good answer. However, in retrospect, I think what has really improved my ability to live with bipolar disorder is developing emotional detachment. By this, I don’t mean that I don’t feel emotions. I have a mood disorder, so I couldn’t stop them if I wanted to. What I mean is that, along the way, I stopped thinking of my emotions as real. Once I stopped thinking of my emotions as being insights into the world, I was able to become a lot healthier. In this blog post, I will discuss how that process came about, and why it has been beneficial. 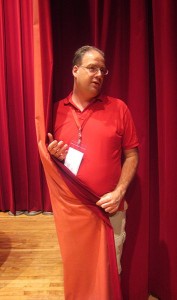 However, in my mid-20s I had what I have come to call my second onset. I had a major bout of depression, followed by a manic episode. The immediate results of this were catastrophic. I left my doctoral program half-way through the depressive phase and wasn’t able to return for a full year after the manic episode. All told, I left school for sixteen months, and I wouldn’t say I returned to my pre-second-onset functioning until I was almost 30.

Nonetheless, having these two severe episodes back-to-back had a long-term positive effect for me. The emotional states during my second onset were so severe that I was immediately aware of just how pathological they were, even while I was having them. In some cases, it was true that I was wrapped up in whatever emotional state I happened to be in, but most of the time, it was evident that something was seriously wrong.

In effect, I saw through the illusion that my emotions had set up for me. Perhaps because I had such an early onset of bipolar disorder (I was 17 when I had my first episode), I had never really been a euthymic adult. As a result, I’d never had an experience of what it might have been like to have a normal emotional life, and I just couldn’t see what was wrong with my emotional states. This second onset changed all of that, and it dispelled the illusion that my emotions had cast over me.

Immediate Effects of My Second Onset 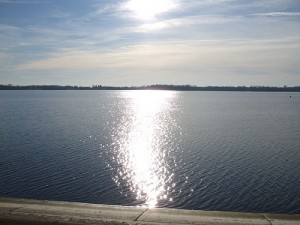 Following this second onset, I was never quite able to look at my emotional states the same way again. Straightforwardly, they had ceased to seem real. For the next little while, I would say that I tried to be completely dissociated from them. I started reading more and more of the Stoics, a group of philosophers who saw happiness and virtue as being purely rational.

A part of their view was that our emotional states result from (or rather, just are) certain beliefs, so my goal was to gain long-term control over my emotional states by assessing situations rationally. However bizarre it might sound, when I heard John Nash say in A Beautiful Mind that he was going to think his way out of schizophrenia, that made perfect sense to me. I didn’t know it at the time, but I was stumbling onto cognitive therapy through the same original sources from which Aaron T. Beck had derived it. 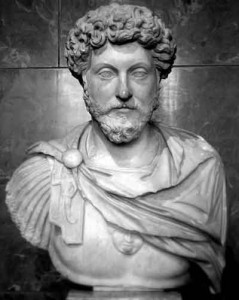 A few years later, when I was in my early 30s, I received a course of cognitive behavioral therapy. Putting together a list of positive, negative and balanced thoughts helped (and still helps) with my anxiety and, to a lesser extent, my depression.

The limits of cognitive therapy, however, could really be seen with my hypomania. With the exception of the persecution fantasies that I sometimes develop, as far as I can tell, cognitive therapy didn’t really do anything for my hypomania. If anything, my elevated fantasies are a welcome release from the sheer agitation that underlies them when the fantasy is stripped away.

What I realized is that there really is just something wrong with my brain, not simply my ideas. Bipolar episodes are not simply triggered by hot thoughts, but by something like breaks in circadian rhythms, stress or adrenaline (or some combination of the three). As a result, I realized that I would need to do more than simply change my thought processes. I would need to target my emotions directly.

Nonetheless, that basic orientation to look to my reason first and my emotions only second remained. I started to think of myself as being strapped to some annoying lion who would be trying to carry me along, and I started making comments like, “Listening to your emotions is like taking advice from your cat.” I still believe that today. The main difference is that I no longer think that I can reason with a cat.

Applying My Detachment to Life

The numerous ways in which emotional detachment has helped my life will each require a post in themselves, but I can summarize them here. In each of these cases, putting my reason ahead of my emotion was the key factor in what has become steady improvement over the last decade: 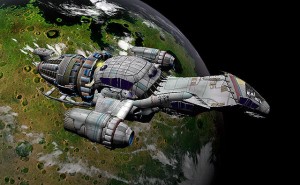 On top of all of these ways, being emotionally detached allows me to simply live in a different “headspace”, as it were. In the Nicomachean Ethics, Aristotle claims that our reason is “most ourselves.” I didn’t used to believe that, but now I do. When I have emotions, I am not immediately carried away by them. Rather, I live at a kind of distance from that part of myself, and that distance provides me with a kind of serenity that has made the last ten years so much better.

17 Responses to Serenity: The Value of Emotional Detachment for Bipolar Disorder