Disclosing one’s bipolar disorder to family members can be very difficult, because we never really know how people will react, and once we have disclosed, there is really no way to take it back. My own experience with disclosure has been a largely positive one, but not everyone has such positive experiences. For this article, I wanted to talk about some of the possible positive and negative reactions that we can get, and how to deal with them.

There can be a number of positive results from disclosing bipolar disorder to one’s family members. After all, being bipolar, whether we like it or not, has a significant effect on our lives, and, if people don’t know, they will have difficulty responding to us appropriately and supporting us. 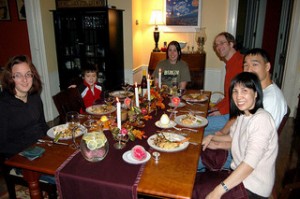 Imagine your best friend just died, and now you go to your family Christmas dinner. However, you don’t let anyone know what just happened. What will that dinner be like?

What you’d likely find is that there is a large division between your public self and what you are like on the inside. On the one hand, you might be very good at “presenting” yourself, and no one might catch on. In that case, the dinner may go swimmingly, but it will be a very lonely experience, because you will not really be engaged in anything you are saying. On the other hand, you might show signs of distress. In that case, other people may wonder and worry about you, but not know what is going on.

This is what it is like when we have mood episodes with family who don’t know about our bipolar disorder. We are either emotionally isolated from the people around us, or worry them, leaving them to guess what might be happening.

Disclosing bipolar disorder can help alleviate this experience of isolation and worry. If we are able to simply say to our family, “I’m having a bad day today,” our internal world and our external worlds will not be in such conflict. Heck, we might even find ourselves having some fun. If we are able to say to our family, “I’m hypomanic today, so please excuse me if my sense of humor is a little off,” then we won’t worry them as much when we act erratically.

In other words, disclosure, at its best, can enable us to have better relationships, because it enables us to really interact with people, even during our mood episodes.

Getting Cut Some Slack

On the other hand, sometimes bipolar behavior can be a little strange, and if people aren’t aware of our bipolar disorder, we might not be able to live up to our social obligations in a number of ways. Letting people know we have bipolar disorder may allow us to be cut some more slack in certain situations:

Disclosure, then, can be a very positive thing for our relationships with our family, and make our interactions with them less strained. 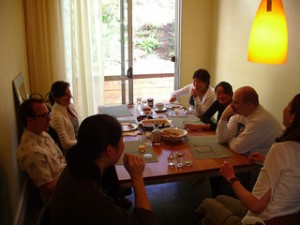 However, not all disclosure goes well, and almost none goes perfectly. There are a number of different reactions that we might get, and they range from imperfect to terrible. In this section, I will look at some of those reactions, and how we might respond to them.

Wanting to Help But Not Knowing How

There are two basic versions of this problem. Sometimes family will find out that you are bipolar and have absolutely no idea what to do. Other times, family will want to help, but help in the wrong way.

When family members want to be supportive, but really have no idea how to be, they usually simply don’t know anything about bipolar disorder. In fact, most people really don’t beyond its being a mental illness that involves mood swings (and many people don’t even know that). However, your family member has shown a desire to be supportive, so there is something to work with.

One easy way to do this is to provide them with a short book about bipolar disorder. One of my favorites is the (terribly titled) book Bipolar Disorder for Dummies. It provides a lot of clearly presented information, plus some great discussion of how to relate to bipolar family members. It’s worth having a couple copies of this or other books on hand to lend to family members who genuinely want to be supportive, but don’t know how.

On the other hand, there are family members who might want to be supportive, but are doing it in the wrong way. The most common version of this is the person who is constantly hovering and asking if you are okay all of the time, but there might be other strange things that occur like people not inviting you to things to avoid causing stress and so forth (as Aristotle pointed out, there are infinite ways to do something wrong).

There are two ways to respond to this. One is to follow the information-based approach I mentioned before. However, it is more important to say clearly and caringly to the person that what they are doing is not helping, and then provide suggestions as to how they might help in a positive way. 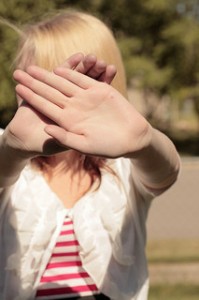 One of the most common problems bipolar people face when they disclose to their family is a general feeling of being dismissed. After the disclosure, it can be easy to write off things that we say or want on the ground that they are somehow “pathological”. So, we may find our opinions, life goals and preferences written off as being just a symptom of our bipolar disorder.

This can be a very tricky problem to deal with, at least in part because our families often don’t realize they are doing it. They can set up a kind of filter that puts what we say on either the genuine or pathological side. Like many filters, though, the perspective can be easily distorted by personal desires or prior biases, so we end up being dismissed, even when we are not acting pathologically.

One way to deal with this is to communicate the concern to the family member. It’s better not to be confrontational, because the person isn’t acting maliciously anyway. It may be good to say something like, “I understand that you’re worried about me, and that sometimes I have ideas that aren’t quite rational. However, even when I am acting rationally, I often worry that what I’m saying isn’t being taken as being rational. If you have some concerns that what I’m saying might be coming from my bipolar disorder, would you please let me know? That way, when you don’t say anything, I don’t feel like I have to prove that I’m being rational.”

Sometimes, when family find out we have a mental illness, they will gradually withdraw from us. This is usually indirectly a result of not really knowing how to respond to us and our bipolar disorder, and so they will just gradually slip away.

One of the most important lessons I’ve learned is that, just because something isn’t my fault, it doesn’t mean that I shouldn’t do something about it. It is very easy to let a relationship break down because we think that it is the other person’s responsibility to do something about a problem, and therefore refuse to take steps to repair the situation because it isn’t “fair”.

When someone starts to slip away because we are bipolar, we can put in more effort to keep the relationship going. If someone stops calling us as much, we can pick up some of the slack, at least in the short term. After all, this withdrawal is usually caused by confusion, not by dislike, so the other person may appreciate our efforts. Relationships take work, and when someone starts to gradually withdraw, the other person needs to decide whether to try to overcome the problem or just let it go.

However, this is a short-term solution. In the end, the goal is to find ways for the other person to be more comfortable around us, in spite of our bipolar disorder. Usually, this person is actually a version of the person who wants to be supportive, but has no idea what to do. However, rather than express this, that person just slowly withdraws.

Unlike the person who is openly supportive and just wants more information, we can’t just hand this person a book. Instead, one method that I have found is to have a conversation about my own experiences with bipolar disorder. This humanizes the experience for the other person, and lets them know what is really going on with my life and how it has affected me. What is better known is less scary, and this can really improve the relationship. If the person asks for more information, only then will I offer them a book. 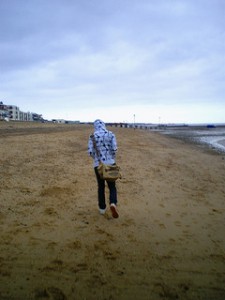 However, perhaps the most painful thing that can happen is to be flat out rejected by family members as the result of our bipolar disorder. In some cases, this can be as bad as, “Well, I always knew that you were a crazy b***h, and now I know why.” In other cases, it can be someone who turns white and flat out stops talking to you or calling you ever again once they find out.

We don’t choose our family, so we can easily get a lot of people mixed in there with personalities we normally wouldn’t interact with. This is usually a good thing. It’s important to be pushed past our comfort zone when it comes to other people. However, occasionally, we just get the nasty personality that no one would want to interact with.

One important question here is whether or not we should cut our losses and simply let it go. This will depend in part on what kind of relative we are dealing with. A cousin is different than a parent. If it is a cousin, then it might be worth ultimately writing the person off, just like other nasty personalities. There might be some discomfort at Thanksgiving, but it is better to simply protect yourself emotionally.

With parents, it is always more complicated. Completely cutting off parents can be emotionally very hard, and not the best thing in most situations. Often, the best thing to do is to take a kind of time out, protecting ourselves emotionally from the other person’s rejection, but trying to keep open the possibility of reconciliation. Often, there may be another family member that can be used as an intermediary, such as the other parent, a grandparent or an aunt or uncle, that can be helpful in trying to get through to the parent and ultimately help the parent to understand, or at least tolerate.

Disclosure of bipolar disorder to family can be a positive experience, and it can really improve relationships by breaking down the walls between our external and internal worlds. However, it can also lead to a number of difficulties. Nonetheless, some of these difficulties can be overcome through informing family about the disorder and by caringly communicating our needs.

14 Responses to After Disclosure: Bipolar Disorder and Family Relationships