At first, it might look like emotional needs may not be a part of an employer’s responsibility. After all, employers don’t seem to concern themselves with the emotional needs of their employees; a certain set of emotional predispositions is required of anyone in a work environment. 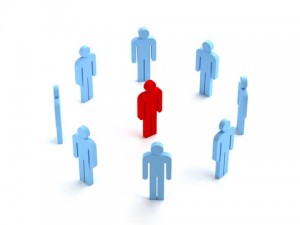 However, this is an inaccurate representation of what goes on in workplaces. Employers do take care of their employee’s emotional needs, but because people without mental illnesses tend to respond to many of the same types of feedback, we tend not to notice what is going this dynamic. Feedback on work, the setting up of the work environment, the treating of employees with certain types of respect and so forth take care that the average person is able to maximize efficiency in a workplace. Often this is worked into what is called a “retention strategy”, which is the way in which employers ensure that they can hold onto their quality employees.

People with bipolar disorder often don’t thrive without certain accommodations in terms of the physical work environment. As I mentioned in the second part of this series, bipolar disorder is often a cyclical disability, meaning that it affects employees only at certain times when they are having episodes. However, even when employees are not having their strongest episodes, that does not imply that they are necessarily asymptomatic. 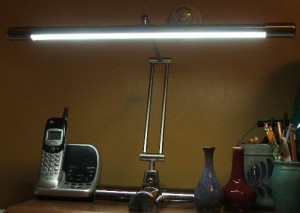 Source: Fat Wallet - Fair Use Rationale: to illustrate the person(s), product, event, or subject in question.

One important issue for many bipolar people is light. In fact, for many bipolar people, if not most, their moods tend to fluctuate in certain seasonal patterns. For the most part, this takes a simple form: light equals good. Working in a dark environment can produce depression in employees, who effectively have moods that work like seasonal affective disorder.

So, one important accommodation can be ensuring that bipolar employees have good lighting in their workspace. Bipolar employees may require that their cubicle be especially well lit. This can mean moving the cubicle to a better-lit part of a shared office or simply using more light sources.

Sunlight is much better than artificial light. This doesn’t necessarily mean that they should have a windowed office. However, bipolar employees who are especially sensitive to light may require artificial solar lighting, which provides light on a wider spectrum than typical lighting. Many people with seasonal affective disorder already use this sort of lighting and it is widely available.

For bipolar people who do work through some of their less serious episodes, they may be suffering from what is called “psychomotor retardation”. This is a symptom of the depressive periods of bipolar disorder that makes everything seem like more work than it would otherwise be. At its most serious, people with psychomotor retardation find it hard to even get out of bed, but people with bipolar disorder can often work through less severe forms.

However, when suffering from psychomotor retardation, everything feels like it is taking twice or more the normal amount of effort. As a result, people with bipolar disorder may need more frequent breaks in order to recuperate than other people might. That one hour between normal breaks feels like two or three. When in a state of psychomotor retardation, bipolar people burn out faster and will actually accomplish more if they can take more frequent breaks (consider why breaks are good for efficiency in the first place).

In addition, the breaks may need to be a little longer. After all, the work feels more intense. By balancing frequency and lengths of breaks, bipolar employees will be able to accomplish more through periods of psychomotor agitation. 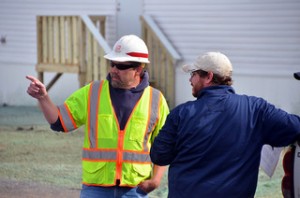 As a result, many bipolar employees require more direct feedback on their work than other employees, so that they can replace these mood-based assumptions with a more objective assessment. Unless the employee is actually in a serious episode, they won’t just ignore the feedback, assuming they get it. However, without such feedback, they may simply invent their own.

The easiest way to do this is to simply schedule weekly feedback meetings with a supervisor. These need not take more than fifteen minutes, and the goal is simply for the supervisor to go through some of the things that the employee is doing that are both higher and lower quality. With this feedback in place, the employee can focus on continuing to do what he or she is doing right while correcting what he or she is not doing as well. A few extra minutes once per week can greatly improve a bipolar employees work by avoiding the tendency to constantly apply shifting standards to himself or herself.

Dividing Up of Projects 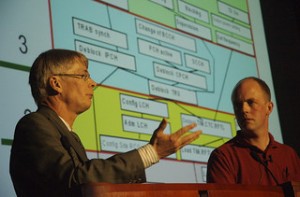 Because bipolar employees can often be unsure of where their moods will go, larger projects that are not divided into parts can often be overwhelming. Many bipolar people have learned to divide up projects into smaller parts to compensate for this, but in some cases, employees are given large projects that can’t be divided up except by a supervisor, and the employee ends up working on several aspects simultaneously.

One way to overcome this is to divide up projects into a series of parts, each of which can be done in succession. This allows people with bipolar disorder to focus on smaller projects that are less anxiety provoking, while at the same time allowing them to better slot in those parts as their moods fluctuate.

By far one of the most common comorbid disorders with bipolar disorder is anxiety and, when coupled with irritability, this can lead to one of the most common ways that bipolar people leave their positions. They may believe that people dislike them or their work, and start to genuinely believe that other people are out to get them or dislike them. This usually isn’t true, and except in serious episodes, is actually fairly easy to accommodate.

One of the most important things that a bipolar person may need is an open channel of communication. Some bipolar people are especially good at “presenting well”, meaning that it is especially hard to read how they are feeling, especially if they are subclinical. Sometimes, an employee may feel so terrible that they need to go home, but it won’t be immediately obvious. The more open the channels of communication, the more likely they are to come to you.

The easiest way to avoid conflict is to provide positive reinforcement to bipolar employees. Just like shifting standards, worries about a work environment are usually not especially entrenched, and just need to be dispelled by something real like compliments on work. Positive reinforcement is important in the workplace anyway, but for people with bipolar disorder, it can easily make the difference between a bipolar employee staying in the position and leaving. 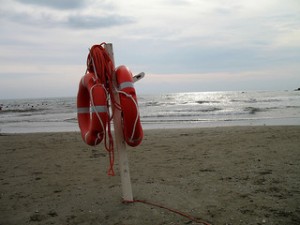 It is quite possible that a person with bipolar disorder may have an episode while at work. This can be disruptive and it can be quite damaging to relationships between the bipolar employee and other employees. In this case, an employer and an employee should have a plan in place to deal with an episode as it arises, so that damage can be kept to a minimum. This plan should be worked out in advance, as it will be difficult if not impossible to generate during an episode.

There are a few steps that one should take during a crisis:

An episode itself should not be a disciplinary issue. At the end of the day, it is a symptom of a medical illness. Medical issues can be disruptive, but that doesn’t necessarily mean that the person has done anything wrong (consider George H. W. Bush throwing up at that banquet in Japan).

Employees with bipolar disorder may have special emotional needs. These do not represent cries for attention or excessive praise, but simply ways of compensating for the way that emotional episodes, even subclinical ones, can make it difficult to appropriate evaluate their own work and their relationships. By putting together an appropriate work environment, providing certain types of feedback and putting together a crisis plan, bipolar employees are often able to become even more effective in the workplace.