I know one of the most common questions when it comes to bipolar disorder is whether people with bipolar disorder can lead a normal life. The question, unfortunately, is one of those loaded ones. It really depends on what one means by “normal”. However, rather than simply throw up my hands and yell “Semantics!”, I thought I’d look at some of the different senses of “normal” and whether or not bipolar people can lead a normal life in those senses.

In my own experience, yes, we can lead a normal life and in the most important sense. While our lives will never be exactly the same as the lives of other people, we can enjoy the same things that other people normally enjoy.

Sense #1: Being The Same as Everyone Else 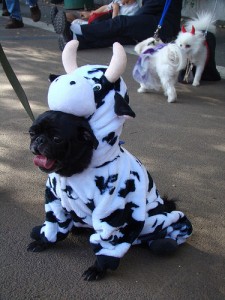 If by “normal”, people are asking whether the lives of bipolar people can ever be exactly the same as that of other people, the answer is “no”. Bipolar disorder is, straightforwardly, incurable and barring some fantastic treatment during my lifetime, it is simply something that I am going to need to deal with for the rest of my life. That means that I am going to need to manage my condition continually.

In addition, not only is bipolar disorder incurable, there is also no current treatment that makes people completely asymptomatic. This is actually a common confusion among people who don’t have bipolar disorder. They assume that the correct medication will completely wipe our symptoms away, and make it so that, although we are “technically” bipolar, there would be no way to tell. This simply isn’t the case. Although treatment can often stave off full-blown manic episodes for the rest of some people’s lives, I have never met or heard of any bipolar people who become completely euthymic (i.e. has no episodes of any kind) for the rest of their lives.

Part of our treatment, then, usually involves avoiding what are called triggers. For most of us, it is some kind of stress, but there can be others, such as types of music, competitions, staying up late, seasons and so forth (people can sort of avoid seasons using light therapy). What this means is that people with bipolar disorder are going to need to alter their life in certain ways to avoid those triggers. So, if someone finds that staying up late can trigger an episode, he or she might simply be unable to go to a certain party.

In addition, bipolar people have different levels of functionality. While levels of functionality can be improved through treatment, bipolar disorder will affect the functionality of most people that have the disorder. This means that people with bipolar disorder may have to limit the amount and kind of work that they do. This, of course, can have financial effects, as it can be difficult to find jobs the pay sufficiently but adhere to the kind of structure of which a given bipolar person is capable. In effect, bipolar disorder is a disability, and most of the developed world now recognizes it and treats it as such.

So, our lives will never be exactly the same as other people’s. However…

Sense #2: Having the Things Most People Consider Important 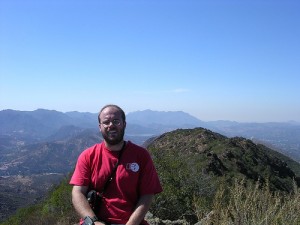 The other sense in which people might be said to have a “normal” life is that we are able to have the things that most people consider important. In other words, do we need to radically alter what it is that we can expect from life because we have bipolar disorder, or are we, at the end of the day, able to have the things that most people want? In this sense, which I think is the more important sense, people with bipolar disorder are able to lead normal lives.

As far as I can tell, there are two things that make people happy: engagement in fulfilling activities and good relationships with other people. Proper management of bipolar disorder allows us to have both of these things.

When we are even moderately euthymic, we are able to engage in many different types of activities. Often, too much focus is put on the kind of activities for which people are willing to pay us, and the less functional a given bipolar person is, the smaller the range of things that will be. However, there are still a number of other activities in which we can engage that are fulfilling but don’t involve getting paid. One thing that a number of bipolar people I have met do is involve themselves in charitable activities, often in the mental health field itself. Charities are far less picky in terms of schedules and longer-term absences, and put a lot less pressure on their members (not to mention that they rarely threaten to fire you). 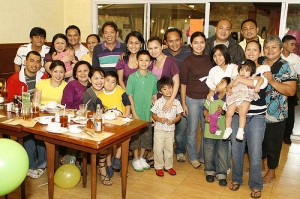 Good relationships are hard, regardless of whether people are bipolar, but they are certainly possible. Our special challenge is that we tend to construct “emotional narratives” out of our current emotional state and project them onto other people (actually, everyone tends to do this, but because our emotions are so extreme, our narratives tend to be more extreme, too). However, one of the advantages of bipolar disorder is that, over time and with treatment, we tend to see our emotions as less, well, real. The insight that comes from this allows us to overcome one of the strongest barriers to having good relationships with other people: seeing them as extensions of our own emotions.

In the most important sense, then, yes, bipolar people are capable of living a normal life. This doesn’t mean that their lives will be the same as other people’s. However, with treatment to overcome the worst of the episodes, bipolar people can engage in fulfilling activities and have meaningful relationships. Since that’s what we want out of a normal life, anyway, it is possible for us to have one.

11 Responses to Can a Bipolar Person Lead a Normal Life?