This post is long, so I’ve decided to break it into two parts. This is the first part, while the second part is here.

I’ve only really become active in what one might call the mental health community within the last couple of years. Like any movement, the mental health community has its own vocabulary. Since I already had my own vocabulary that I was perfectly happy with, some of those uses struck me as strange, to the point where I don’t even want to use the terms. However, I’m well aware of my linguistic conservativism and that it’s probably a bad habit.

However, one term really has rubbed me the wrong way, and that is “stigma”. As I say, this is just an emotional reaction, and so I thought I’d actually look into the term. You’ll notice that on my blog to date, I haven’t used the term except with scare quotes around it, so I wanted to find out what it actually means, why it is employed in mental health issues, and why it is different from the words I would instinctively use, which are “discrimination” or just “prejudice”.

The Origins of the Term 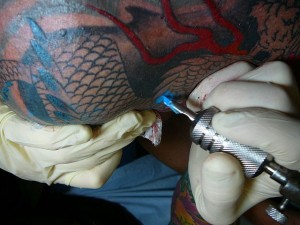 The term “stigma” is simply the ancient Greek word for “mark”, but it had a special meaning that is obviously the relevant one. Slaves and criminals were tattooed or branded so that they would be “marked” in case they tried to run away.

That’s the etymology, but obviously we’re not ancient Greece, so how did it get into English? The term seemed to creep its way in at the end of the 16th Century, where it seemed to largely just take on the use of the term “mark”, especially in terms of disease. It included marks that had shame attached to them. However, the uses don’t seem to be metaphoric. Just as in Greek, it was a literal mark.

As far as I can tell, the use of the term as a metaphor comes out of sociology, specifically, from a man named Erving Goffman. Goffman defined “stigma” as “The phenomenon whereby an individual with an attribute which is deeply discredited by his/her society is rejected as a result of the attribute. Stigma is a process by which the reaction of others spoils normal identity.”

Well, there are “prejudice” and “discrimination”, so there is definitely some connection to my previous vocabulary. However, there are some important differences to how stigma is used and how I used those terms.

Does “Stigma” Add a Linguistic Tool? 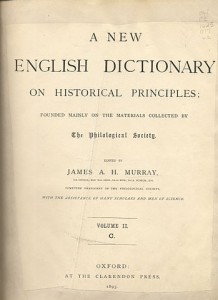 Now, my first thought was that “stigma” could serve well as a passive form of the active term “discrimination”. Just like “teacher” and “student”, one could have “discrimination” and “stigma”. This would itself be a valuable addition to the vocabulary. After all, there really isn’t a passive word to go along with either “prejudice” and “discrimination” except awkward phrases like “targets of prejudice” or “subjects of discrimination”.

However, this isn’t quite right. “Stigma” is not just the passive form of “discrimination”. First, stigma always precedes discrimination. If anything, it is a passive word for the active word “bigotry”. However, I have never heard it correlated with an active term. There is stigma out there but whence it comes is not said.

So, there do seem to be some uses for the term. On the one hand, it can serve as a passive form for the term “bigotry”. On the other hand, it can be used to describe social situations that are mistakenly robbing us of people’s gifts.

Some Problems with the Term

From looking at these meanings of term, I realized that there are some problems with it that may have caused my initial reaction (well, aside from the fact that I dislike using new terms).

It Has No Active Term 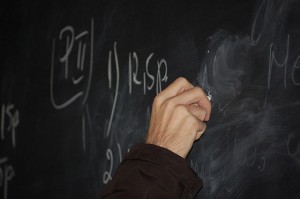 Stigma is passive. It is something that happens to those who have the stigma. However, there doesn’t really seem to be an active form of the term. Yes, there is the term “stigmatize”, but this means more to create stigma than to actually participate in an already present stigma. Even this apparently active term is used far more often passively. A quick Google search showed 798,000 results for “stigmatize” versus 2,260,000 results for “stigmatized”. What kind of term shows more results for a passive form? The one that is a primarily passive concept.

It reminds me of Oliver North in the Iran Contra Hearings when he said, “Mistakes were made.” One of the annoying things about passive speech is that we can use it to create sentences with no agent. Who made the mistakes? Well, it was Oliver North, but it was his way of not actually saying it directly. We use passive terms without active subjects whenever we don’t want to, well, point any fingers.

So, since stigma is such a bad thing, why have we chosen a term that prevents us from pointing any fingers? Verbs like “discriminate” and nouns like “prejudice” are clearly active. They are things that agents do or have, and when we use them, we are calling them out on it. We are saying, “What you are doing is wrong, so cut it out.”

By focusing on a word like “stigma”, we take away some of our ability to lay blame. Here we have a passive noun with no clear active form that makes it very difficult to point fingers. Words like “bigotry” get right to the point. If we want to fight stigma, we need to have a term that can be critical as well. (In the second part of this post, I will discuss some benefits to a term that lays no blame, but it would be good to at least have some term that does).

Perhaps worse, use of passive terms allows for the use of innuendo. While we aren’t willing to say outright who we blame for something, we usually have someone in mind and will often communicate that in other, less direct ways. This creates the situation in which we are accusing people of things, but not willing to say it directly. In turn, they can’t properly defend themselves from the charge, and we never even need to think through clearly why (or even that) we blame the people that we do.

It Doesn’t Differentiate Between Disability and Other Forms 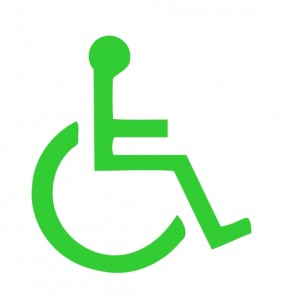 The word “stigma” is used very widely today, for every group against which there is bigotry, including race. The problem is that the two types of discrimination aren’t analogous enough.

Race is completely irrelevant to a person’s abilities. It is just the skin color that the person has, and it is as silly to discriminate based on race as it is on eye color. Any discrimination that is leveled against people of a different race is just silly, and their actual social identity is not affected in any way by their race.

The problem is that bipolar disorder is a disability. Without accommodation, we will be able to participate less in society. I realize that some people will argue that all the barriers against us are socially constructed, and that, if not for those barriers, our actual social identity is just the same as other people’s, but that’s just nonsense. The reason that a manic episode will affect my ability to focus or a depressive episode will affect my ability to do, well, anything isn’t the result of some kind of social construction. There’s something wrong with my brain.

What this means is that we need positive accommodations to help increase our social participation. It is not enough that our disability be ignored like race should be; we need to be helped or at least accommodated. So, if we are able to take some more time off, work less hours in general, have more flexible work hours, be able to step out of meetings causing anxiety and so forth, we are able to do that.

Positive accommodations are not just society’s way of overcoming its prejudices. From a purely economic point of view, we are, on average or ceteris paribus, less valuable. However, this doesn’t matter. Economic value is not human value. The reason that society’s are willing to spend resources so that people with disabilities are able to participate fully is because good, democratic societies value equality of participation over equality of utility. Actual social identity is ultimately a utility-based concept.

In other words, lumping disability in with racism actually underestimates what people with bipolar disorder need. As quoted above, according to Goffman, “Being stigmatized can also lead to the possibility that one will be the target of prejudice and discrimination.”. However, we don’t just need an end to prejudice and discrimination; we need help.

The second part of this post can be found here.