Catholicism has a somewhat archaic term that one sometimes hears bandied about: “worldly respect.” The idea is that, while earned reputation might be a good thing, it shouldn’t be our goal in life. While virtue and earthly respect often go together, they just as often come apart. Sometimes, in especially unjust situations, virtue is actually punished. Other times, virtue, especially Christian virtue, may simply not be recognized because it isn’t flashy enough. There are simply more virtuous people than society has time to admire and more saints than the Church has the resources to count. If we focus on the convenient or the flashy, virtue, especially Christian virtue, is likely to suffer. 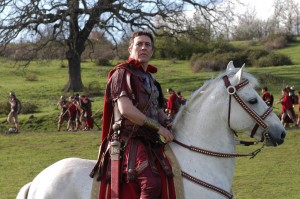 Disability adds a third reason for not being concerned with worldly respect. I don’t believe, as many do, that people who achieve what are sometimes considered “great things” shouldn’t be praised for them. It is quite an accomplishment to found a major corporation, become a well-respected scholar or to lead a country. Not only do those achievements usually benefit society, but they show certain virtues as well. It takes certain strengths both of imagination and character to be able to accomplish any of this sort of achievements, and I am genuinely impressed by the impressive C.V.

It is for this reason that having a disability like bipolar disorder can be so difficult for someone like me. For more than the last decade, I have been at the university, studying and teaching. The entire culture there is one of prestige, in which accomplishment is rewarded with praise and lack of accomplishment is rewarded with, well, indifference, and of an occasionally insulting kind. It is hard and perhaps impossible not to internalize that kind of concern for worldly respect. Moreover, I don’t just think that this is some vanity game. I really think that the accomplishments in question are worth praising.

However, as someone with bipolar disorder, I need to be realistic about what I can and cannot accomplish. Like many people with bipolar disorder, my mental illness affects my functionality. I would say that I’m at about seventy-percent function, meaning that, on average, I can do about seventy percent of what I would have done had I not been bipolar. Hypomanic, manic and depressive episodes make it hard to work effectively, while anxiety makes it hard for me to interact with others and irritability threatens to pull down all my accomplishments at once. This isn’t to say that I am unable to work. My seventy percent is probably better than many healthy people’s one-hundred percent. However, I am constantly aware that I am not doing as much as I otherwise might have. 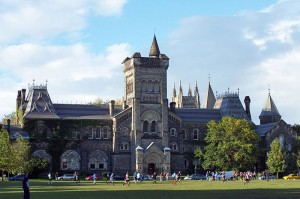 So where do I go from here? Seventy-percent functionality is likely not going to be enough to accomplish the great things that others accomplish and that I admire. Sure, if I was absolutely brilliant, then I could just pull a John Nash or Ludwig Wittgenstein and produce the occasional work of genius during that two-thirds, but I’m only very good at what I do. I will be able to teach and to write, but I will never be able to accomplish everything that I wish to accomplish.

Literally at every step, I am objecting to my own argument with the kinds of responses that I have heard all of my life about ambition. These are just excuses; this is just negative thinking; thinking outside the box can overcome any obstacle, and so forth. All of these are what one might call “exhortations”. They are useful to get people to see negative thinking patterns and overcome them. However, these only serve as useful exhortations for people without a disability. It only helps to call someone lazy if they actually are being lazy and it only helps to exhort someone to overcome obstacles if they actually can overcome them. Against people who are not being lazy and who are facing insurmountable obstacles, they are actually judgements disguised as exhortations. Telling people to do something they can’t do is just a way of saying there is something irreparably wrong with them.

It is here that my earlier discussion of worldly respect becomes so important. Worldly respect is attached to a level of virtue and a type of virtue that I may not be able to accomplish. However, if there are virtues and achievements that I can have and accomplish, I can aim for those. Since virtue is not the same thing as worldly respect, I can sever the two, seeking what is essentially and always valuable, since worldly respect is only accidentally and only sometimes so. 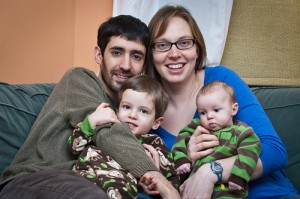 What I should do, then, is to set my own bar, as it were. Looking not to the expectations of the world as to what I should be accomplish, I should look to what it is that I can realistically accomplish and try to aim for that. If being a great academic looks like it is impossible, there is nothing wrong with being a good one. There are enough private virtues to work on like being a good father and husband, and finding ways to provide for my family at my seventy-percent functionality, without worrying about whether I earn the Order of Canada.

As for worldly respect itself, the next few years is going to be a matter of de-internalizing years of measuring success in terms of ribbons. I will instead look to Socrates’ maxim that the only reason that we care about the opinions of others is that we believe that they know what they are talking about. While worldly respect gets it sometimes right, it is only sometimes. When worldly respect gets it wrong, as it almost always does with those who have disabilities, then I will need to train myself to remember why it is I would care about that respect in the first place.

14 Responses to Abandoning Ambition: Coming to Terms With Bipolar Disorder as a Disability