This week, Forest Laboratories and Gedeon Richter announced that they have had success in testing cariprazine, an antipsychotic, as a treatment for bipolar disorder. With a number of atypical antipsychotics becoming generic in the next decade, profits will be smaller in a generically flooded market, and less research is likely to be done. As a result, it is always good to see new options available for bipolar people. Moreover, by all accounts, cariprazine did very well, proving itself more effective than placebo and also proving itself well tolerated. It may be a real boon for people who are suffering from side effects on antipsychotics like Seroquel. More information about the trial can be found here. 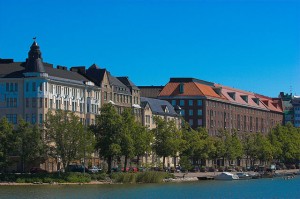 However, the trial itself was unethical according to the standards of the World Medical Association. The trial was a randomized, placebo controlled clinical trial. What this means is that half of the people received no medication whatsoever over the course of the study. Moreover, everyone in the study preceded the trial with a four-to-seven-day washout period in which they received no treatment. The press release states that the study included 312 adult men and women with bipolar-I disorder, and the treatment period lasted three weeks. What this means is that 156 people bipolar-I people received no treatment for 25 to 28 days, and another 156 received no treatment for 4 to 7 days.

The Declaration of Helsinki

Because proven treatments for bipolar-I disorder exist, such a trial violates the Declaration of Helsinki of the World Medical Association, which is binding on all physicians. Paragraph 32 of the Declaration of Helsinki reads as the following:
“32. The benefits, risks, burdens and effectiveness of a new intervention must be tested against those of the best current proven intervention, except in the following circumstances:

This study is not tested against the best current proven intervention, which would be any number of mood stabilizers or antipsychotics, but against placebo. Moreover, this study fails to meet either of the two exceptions allowed for by the Declaration of Helsinki.

Exception One: No Current Proven Intervention

There are many interventions that are proven efficacious in the treatment of bipolar disorder, from lithium which has been proven for decades to newer mood stabilizers like valproic acid and atypical antipsychotics like Seroquel. A recent meta-anlysis in The Lancet found that there are no less than nine medications that have been proven to be effective in treating acute bipolar mania. Other studies show that quetiapine is effective against bipolar depression and lithium is effective for preventing relapses. These are just three examples. There are literally hundreds of studies showing the effectiveness of various medications for treating the various symptoms of bipolar disorder.
As a result, this study simply does not fall under the first exception.

Exception Two: No Risk of Serious or Irreversible Harm

The patients were hospitalized for the first two weeks of treatment, which was presumably done to for the sake of observation and to protect them from immediate harm. However, this does not mean that the patients were protected from serious and irreversible harm.
Seven percent of the people on placebo were removed from the trial because of “adverse events,” which would presumably include the onset of acute mania (I hope; the press release doesn’t specify what these adverse events were). It does not sound as though they removed people for any just any mania, however, as one of the things they used was “a comprehensive, clinician-rated instrument used to assess the severity of mania in bipolar patients.” I’m assuming that one can’t actually assess the severity of mania unless one keeps people having manic episodes in the trial, so at least some manic patients must have been kept in the study.

As a result, anyone in these studies that had manic episodes was subject to serious and irreversible harm. Everyone else on placebo was subject to risk of serious and irreversible harm. There is simply no way to take people with bipolar-I off of their medication without serious risk. Moreover, it is not enough to simply keep them under observation. Manic episodes can’t simply be stopped by a simple injection or something. They can only be stopped before the fact by staying on medications.

Enough Blame To Go Around 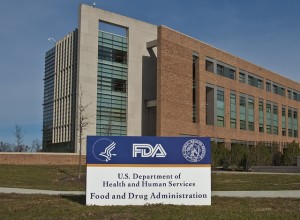 This isn’t entirely the fault of the researchers or the two companies involved. The FDA continues to insist on placebo-controlled studies in order to get approval. Even if one defended this insistence, there is no need for placebo-controlled trials to be so large. If the goal is to establish the absolute efficacy of a medication (how well it fares against placebo), then the study need only be large enough to establish statistical significance such that snake oil isn’t getting approved. In the long run, what physicians and patients will care about is relative efficacy (how well it fares against other proven medications). Physicians and patients are deciding whether to use cariprazine or placebo; they are deciding whether to use cariprazine or Seroquel. Tests for relative efficacy don’t require putting bipolar-I people at risk of serious and irreversible harm, because the control group gets a proven treatment.

This isn’t even the first such trial for this medication. In 2008, another placebo-controlled trial with 236 patients had already established that cariprazine shows “statistically significant improvement” for people with bipolar-I disorder. Why, then, do we need a second one that puts even more bipolar people at risk? This goes beyond making small exceptions to the Declaration of Helsinki for the sake of science to ignoring the Declaration altogether.

However, the blame also goes to Forest Laboratories and Gedeon Richter. Forest Laboratoris’ shares jumped by 3% in a single day and Gedeon Richter’s shares jumped by 10%. As a result, shareholders in Gedeon Richter made about 60 billion dollars…on Wednesday. While I don’t mind drug companies making money, when they make billions by engaging in unethical studies that clearly violate the Declaration of Helsinki, they deserve to be called out on it. Rather than design a study that compared cariprazine against other medications that might have been less impressive, they instead designed a study that compared it against placebo that is likely more impressive. In doing so, they put over a hundred bipolar I people at serious risk.

We need to watch these studies. It doesn’t seem that anyone is ensuring that bipolar people are being protected by the Declaration of Helsinki, which is designed to protect research subjects against unethical treatment by research companies. With billions of dollars at stake, bipolar people can’t trust the drug companies to comply with ethical standards and we need to keep careful watch ourselves.