One of the primary problems with having bipolar disorder is that many of the symptoms of bipolar disorder don’t look pathological. They simply look like bad behavior. Going over the list of bipolar symptoms, there are some that one would certainly not confuse with bad behavior, such as psychosis, pressured speech, psychomotor agitation and so forth (though some of these might be confused with intoxication or drug use). However, there are other symptoms that could easily be confused with bad behavior, such as irritability, overspending, interrupting and lack of functionality. 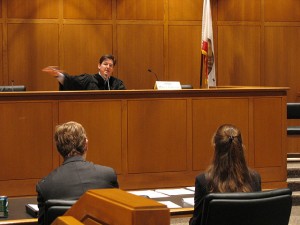 In fact, there are four broad categories of symptomatic bipolar behavior that mimic ordinary bad behavior among those without bipolar disorder. The first is anger, which results from some of the extreme irritability that usually comes with mania and hypomania. The second is a sort of effusiveness in which we “make fools of ourselves” by talking endlessly about things we know nothing about, interrupting people and generally acting inappropriately giddy. The third is the lack of functionality itself, which can mimic laziness, so that people who are having mood problems, especially in depressive period, just look like people who are trying to avoid effort. Finally, there are the risky behaviors that manic people engage in, like overspending, infidelity and the like.

The difficulty, both for ourselves and for others, is when to excuse bad behavior that may be the result of bipolar disorder. One is reminded of some celebrities lately, who revealed that they had bipolar disorder after acting especially badly. Considering this difficulty means looking at the problem from both a first-person and a third-person perspective.

From a first-person perspective, there are two main issues. First, there is the danger of allowing the possibility of using bipolar disorder as a crutch to justify instances of genuinely bad behavior. After all, being bipolar does not make one immune to genuine anger, inappropriate effusiveness, laziness or risky behavior. I find laziness, especially, can be hard to avoid as someone with bipolar disorder, as it is very hard to develop good work habits when one’s good work habits are constantly being interrupted by mood episodes. Having bipolar to use as an excuse, both for ourselves and others, can easily lead to justifying genuinely bad behavior, both to ourselves and others.

The second problem from a first-person perspective is figuring out which bad behaviors are pathological and which are not. For example, anger feels fairly similar, whether it is the result of hypomania or just the result of a bad day (though I am betting better at recognizing the differences). Similarly, it can be hard to tell whether I wasted a day of work because of my low mood or just because I was lazy. 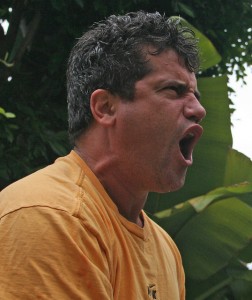 Telling the difference between genuine and pathological bad behavior can be harder from the outside than from the inside. For example, one of the ways that I can tell my irritability is pathological is because I often feel like I have had seven cups of coffee when my irritability is the result bipolar disorder. However, only I have access to that information. Other people can’t see me from the inside.

In addition, third parties need to protect themselves from anger. It doesn’t really matter whether or not anger is pathological, being constantly yelled at is harmful. From a third-person perspective, there will often be cases where the person needs to protect himself or herself without necessarily blaming the person who is behaving badly. This can apply in other cases as well, such as the need to protect one’s finances from a bipolar spouse or the need to protect oneself from the harm caused by infidelity.

There are a number of strategies that can be used for navigating this complex difficultly. I have divided them into three different approaches.

Although pathological and non-pathological behaviors can be quite similar, there are usually differences that can be recognized from a first-person perspective with a combination of therapy and mood charting. For example, if my mood chart shows that I wasn’t depressed or especially manic that day, it is more likely that I was simply being lazy. If, on the other hand, my mood is rated at a -7/10, then it is more likely that it was the result of depression. As mentioned above, the agitation that goes along with hypomanic irritability is something that I now know to look for. 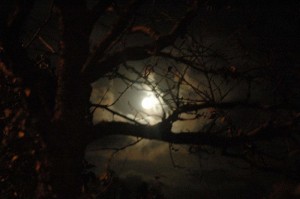 This is a part of cognitive-behavioral therapy, though one doesn’t need to do CBT to do it. When you are having some sort of mood episode, whether pathological or not, pay close attention to what you are feeling. Look for bodily changes or other feelings or thoughts that go along with a particular mood. What you will discover will vary from person to person, but you might notice, for instance, that your palms are sweaty when you are angry during hypomania, but not otherwise, or you might notice that you start having random thoughts about how horrible people are that are non sequiturs. Once you can recognize the signs, you’ll get better at knowing when you are dealing with pathological behavior that needs treatment and regular behavior that can be controlled with old-fashioned acts of will.

From the outside, it can be harder to tell what is pathological and what is not, but there are still usually signs. For instance, since pathological irritability is usually the result of hypomania and mania, you could look for psychomotor agitation (difficulty sitting still) or pressured speech (speaking faster than normal). There might even be slight differences in the cadence of people’s voices. Over time, it can become possible for third parties to recognize the difference between pathological and non-pathological behaviors.

Of course, from the outside, there is also the possibility of simply asking. For instance, if one’s spouse admits that he or she didn’t do any work that day, before getting angry, it might simply be best to ask whether or not the person was depressed. If someone seems irritable at inconsequential things, it might be best to ask whether or not they are feeling hypomanic that day. To do this requires discussion in advance about how to address these subjects, but with planning, it becomes possible to simply ask.

Just because one might not be morally responsible for pathological behavior doesn’t mean that it shouldn’t be minimized. It will likely never be eliminated; after all, bipolar disorder can’t be cured. However, there are a number of steps that one should take to reduce the kinds of behaviors that can really harm other people.

One should try to find some sort of treatment that helps manage bipolar disorder itself. This can include therapy or medications or something else, but something needs to be done about it, especially if one is losing one’s temper, wasting money or becoming addicted to other substances. Bipolar disorder doesn’t take away our overall responsibility to minimize this sort of behavior; it just takes away our blame for specific instances when we have put in the overall effort to improve the situation.

Finally, third parties need to find ways of protecting themselves from the bad behavior, pathological or otherwise, of those with bipolar disorder. After all, just because a behavior is pathological doesn’t mean that the behavior doesn’t do any harm. This is especially true for those in families with someone with bipolar disorder who don’t simply wish to sever the relationship but to find ways of preserving the relationship while at the same time protecting themselves.

For instance, finances could be protected by ensuring that the bipolar person does not have access to enough money to bankrupt the family. Bank accounts can be set up in such a way that neither spouse is able to take out more than a certain amount of funds without the permission of the other. A credit card can be created with a very low spending limit, and so forth. In extreme cases, the person with bipolar disorder may want to allow his or her spouse, children or parents to simply have complete control of the family finances.

In terms of anger, there are a number of good strategies for de-escalating situations before they get out of hand. When those don’t work, then it is good to create an exit strategy, so that one or the other person is able to leave the room or even the building so that a situation that is becoming especially heated. In extreme cases, where someone has, for example, serious problems with anger for weeks at a time during hypomania or mania, it might be worth arranging alternate living arrangements for the duration of the episode.

In all of these cases, try to find situations that work for you. Pathological behavior can cause real harm. In those cases, in order to continue to have a relationship with a bipolar person, it is important to find solutions that minimize the harm while maintaining the relationship. Most solutions will require thinking outside the box, as so many of our common-sense ways of dealing with problems are about figuring out who is to blame. Instead, be imaginative, discuss your difficulties with your therapist or with others, and try to come up with solutions that work for you.