My wife had an idea today for this website, one that I’m considering. Perhaps I should add a comic strip to it, that would be about bipolar disorder and would be enjoyable at the very least to people with bipolar disorder. I couldn’t draw to save my life, but my wife can, and she used to do a comic strip during her university days that was very good. I have yet to make up my mind about this project, but I figure that writing about a question is often the best way to resolve it.

The problem is why and whether or not bipolar disorder is funny. Moreover, even if bipolar disorder is funny, there is the issue of whether or not the humor would be offensive or insulting. I suppose any determination here will rely on at least one or more false dilemmas, so I’ll start with some distinctions to see what different kinds of humor would be possible, so that I don’t answer “yes” or “no” to a question whose answer is “sometimes.”

So, let’s think of some of the reasons bipolar disorder can be funny: 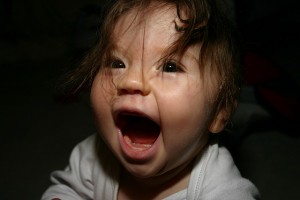 One reason that bipolar disorder might be amusing is that people who are hypomanic can be quite charismatic. Often, a part of being charismatic is being funny. I know that, in my experience, many of my early, harmless hypomania can actually make me quite amusing.

This isn’t simply my impression of myself. People are laughing at the right places, and even in retrospect, I was entertaining.

So, one possibility is that I could simply use my more harmless hypomanic phases to write some comedy. I know that comedy is one of the things that I’m good at when I’m hypomanic, so why not? Right now, I’ve been dedicating that energy to more academic work, but I suppose I could write the occasional bit of comedy.

The problem here is that the relevant humor doesn’t have any real bipolar content. Yes, it would be comedy by a bipolar person, but it wouldn’t be comedy about being bipolar, which would, I think, be more appropriate to this blog. If I’m going to do this, I’d rather submit my work to Cracked or some of the other comedy websites out there. 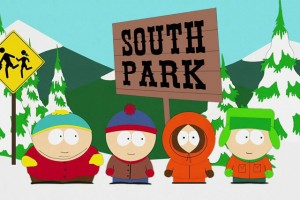 My other concern is just with that darker side. Rationally, I despise South Park. In general, I think that satire is cruel, as its humor is rooted in mockery, and I don’t believe that the benefit of deflating pretention outweighs the harm of its cruelty, both to the person mocked, whose feelings are hurt and who is more likely to be hardened, but also to the person mocking, who damages his or her character by enjoying cruelty of any kind to others, whether deserved or not.

The second possibility is just to have some fun with what it is like to be bipolar. After all, our symptoms are themselves, well, socially unacceptable to say the least. I’m reminded of Carrie Fisher’s description of her own bipolar disorder in Stephen Fry’s documentary, The Secret Life of the Manic Depressive, in which she’d turn to someone and say, “Hey, I’ve got this great idea. Let’s go to India!” I can’t do justice to her delivery here, but the humor was in her suddenly shifting to a suggestion to leave the country like she was suggesting a new coffee shop. It was intended to be, and was, hilarious.

The problem with this sort of humor, of course, is that it is an extremely fine line between enjoying the wackiness of being bipolar and mocking it. Even if all of my humor that has some fun with bipolar symptoms and the way that they interact in a comical way with a world that has no idea how to assimilate them is entirely innocent, someone might be hurt by it. It is especially hard in writing (even in a comic strip) to capture the tone that would allow for this distinction, and a lot of it would come across badly, even it was unintentional. Moreover, my own darker side might find its way in here and simply turn this kind of humor into mockery, so it’s dangerous in its own right.

Another possibility is simply to write a kind of bipolar version of the comic strip For Better or for Worse. Bipolar lives are simply different from a lot of other lives, and writing about what life is like as someone living with bipolar disorder could be quite funny in itself. For people with bipolar disorder, it could be helpful and uplifting to encounter someone else’s life and seeing how it reflects their own. I know from my own experience that the more observational moments of The Informant! were quite amusing to me, even though I didn’t realize at first that Mark Whitacre had bipolar disorder. 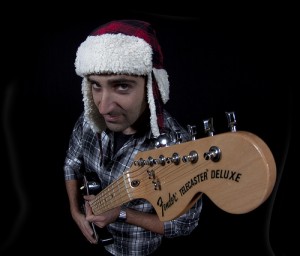 My first real worry here is that I wouldn’t be very good at it. So much of my own humor is based on a combination of quick connections, good timing, the willingness to imitate and a touch of cruelty. None of these really work well for creating good observational humor. At the end of the day, humor like this only works if you really love the subject. It has to be the opposite of satire, and doesn’t really have any place for things live clever turns of phrase.

The other issue is that, in order to make an observational comic about living with bipolar disorder, I’d need to really focus on those places where being bipolar disorder really intersects with my life. Unfortunately, so many of those moments aren’t really very endearing. For me, they are the pathological moments that really aren’t especially entertaining. Just thinking over this past week, should I write about how I went double-speed through my first lecture and ran out of material with twenty minutes left, or about my temporary illusion that everything around me was composed of light, or about how on Friday I felt like I’d had eleven cups of coffee all day? I don’t really find these moments funny myself, so it would be hard to share in an endearing way.

I suppose I could do the reverse. I could write an observational strip about someone who just happens to have bipolar disorder, sort of how occasionally For Better or for Worse mentions that the husband is a dentist. However, I definitely wouldn’t be very good at this sort of humor. In fact, I don’t even really find it very funny, so I wouldn’t be able to recognize what I was trying to produce.

At the End of the Day

I think I’ll probably hold off for a little while on the comic. I think at the end of the day, the problem is that bipolar disorder is still very raw for me. While the last decade or so has seen a huge improvement in my overall psychological health, I’m still at the point where I’m trying to work through the suffering that comes along with the illness and the sense of loss that comes along with the disability. I’m not sure at this point of the therapeutic value of comedy for me in trying to make light of my condition, and I am almost certainly not in a position to do so for others. However, it is an idea worth coming back to and something that I’ll give some periodic reconsideration.

5 Responses to In Search of Bipolar Humor