It’s been about eighteen months now since I first went public with my bipolar disorder, in October of 2011. It was an interesting process. I wrote the article on the website, linked to it of Facebook, and just kind of waited. Given that it was the internet, within a day, it pretty much became common knowledge.

While there were a couple of people who knew beforehand, including my wife, I’d really kept it hidden from most people. Since then, my life has changed a lot, so much that I really wanted to look back on the decision and its consequences on my website. Was disclosing a good idea? In the end, I think it was. However, there were also some surprises, both good and bad, that are worth noting for others who might be considering it.

I feel a little more like I can be myself. At the very least, I’m no longer hiding.

There were a number of things that were quite positive about my experience of disclosing my bipolar disorder. 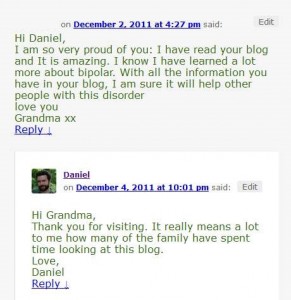 First, my family was especially supportive. You can actually see this pretty concretely, if you see the comments on the bottom of the disclosure post. This is at least in part because I am not the only bipolar person in my family. I have a very close extended family on my mother’s side. I think people had been aware that something was up with me, and a couple family members said something along the lines of “That makes sense,” but not in a way that was patronizing. I feel that I’ve actually become closer with them since I decided to go public.

Second, I feel more comfortable in my own skin. Basically, I don’t feel like I’m hiding myself from other people any more. Despite the fact that I “present well,” that is, I’m very good at hiding my moods, I was in a constant state of worry before that people would figure out that something was up. Now, I don’t feel that way anymore, at least not normally (though a couple of other fears have replaced it, which I will discuss below). I feel a little more like I can be myself. At the very least, I’m no longer hiding.

Third, I actually feel like I’m making a difference. When I wrote in my original post, I spoke about how being public was important, because, if no one is willing to stand up to (or in some cases absorb) stigma, then it will be very hard to fight. I actually feel good about being publicly bipolar. It’s not something that I would have expected. I kind of thought the whole civic-duty thing would be an afterthought. However, I genuinely believe that I am fighting stigma, just by being public about this, and it feels good.

I find myself in the position of feeling a lot of the time that I need to prove that I’m sane, or at least, non-episodic. 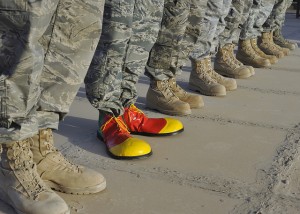 First, I find myself in the position of feeling a lot of the time that I need to prove that I’m sane, or at least, non-episodic. I have to be extra careful about my temper or speaking quickly or being intense, because now what would be normal in a given circumstance can give people an excuse to write me off. Of course, a lot of those who would write me off for being bipolar would write me off in any event, but it’s still hard not to take personally.

Second, I’ve had to face some real discrimination. I can’t be specific in a public forum, but it’s happened. Even when I’m not sure that it’s had an effect, there’s the nagging thought that it might have. I’ve also become more conscious of the ways in which discrimination is systemic, rather than overt. The academic world is especially egregious, because it is a meritocracy, that is, a system in which people believe that they deserve to be rewarded for being functional. It is a mindset that is inherently, irredeemably discriminatory against the disabled, and I’ve been working in a system built on that mindset.

Third, some people seem uncomfortable with the disclosure, I think because health is considered personal, so mentioning my diagnosis is seen as somehow too forward. Fortunately, because I run this website and I am involved in other peer mental health activities, I rarely have to just flat out say, “I’m bipolar,” but can simply speak about my website. Still, I’ve been unpleasantly surprised by people’s reactions not only to the bipolar disorder but also to the disclosure itself, something I didn’t expect. I’m pretty sure this is some sort of weird, second-order stigma, but I can’t quite put my finger on it.

I’ve sacrificed one of our most powerful weapons against discrimination, stealth, on principle.

There’s also a few other results that aren’t exactly bad or good, but are more interesting than anything else. 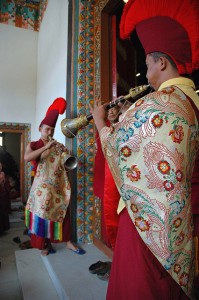 First, I realized that there’s no such thing as “disclosure, once and for all.” Every new person I meet doesn’t yet know I’m bipolar (well, unless they met me through the website). So, I have to decide whether or not to tell that person. Usually, I just don’t, because it’s often not relevant, but I know the person will probably figure it out sooner or later, given my activities. So, I have to decide whether to disclose it pre-emptively or not.

Second, it gives me an excuse for my failings. This is both bad and good. On the one hand, I’ve had to be careful not to use my bipolar disorder as an excuse when it isn’t my bipolar disorder that is the actual issue (though it is tied to my social anxiety, and it is often indirectly the issue). So, there’s a temptation to cry “wolf” about it. On the other hand, I’ve let myself actually get cut some slack when I really need it. Last summer, I missed giving a lecture. At other times, I’ve asked for extensions. These are little things, but things I wouldn’t have asked for when I was afraid of getting caught.

Finally, I’ve become a lot more…prophetic. I actually didn’t see this coming, but it makes sense. I’m publicly bipolar in a world that, despite its occasionally good intentions, carries with it centuries of discrimination. On top of that, I’ve sacrificed one of our most powerful weapons against discrimination, stealth, on principle. By sacrificing my interests, I now have less to lose, and I find myself more often speaking truth to power.

Overall, I’m glad that I disclosed. There are definitely downsides, but they’re the kind of downsides that make me a better person, so I guess I’m okay with that. Some things have genuinely been worse than I’d thought they would be, but others have been better, so it evens out, mostly.

However, it really has changed me. I’ll often forget that I’ve only been public about my bipolar disorder for less than five percent of my life. It feels like it’s always been this way. I did something that was worthwhile, and it has really changed things. I suppose that’s a very different way to approach the world than hiding and hoping it’ll treat me better. It’s kind of hard not to be a rebel after that.