This is a story that I both wanted and needed to share with the readers.  The event slapped me in the face as it dawned on me how extremely profound it was to me spiritually.  It also took me from the bottom to the top.  I hope you enjoy it.

This special tale all starts on a bad day.  I went from a three-week manic episode only to be struck down by a speeding freight train, and no, I’m not Superman.  A four-day anxiety attack sent me to a deep, dark place again…but this time it was really deep and really dark.  The only thing I can compare it to is a night dive in the ocean with no flashlight…that’s dark.  I have never seen such utter blackness anywhere else. 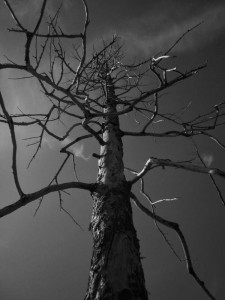 I called my therapist knowing that I needed help immediately; this dark place was a dangerous place, full of sharks ready to feed.  He gave me an emergency appointment…he is exceptional.  In a two-hour session, I was able to dump my thoughts and feelings about the last weeks, full of excessive and intense emotional events, both incredibly good, and others incredibly destructive.  I was, and still am, manifesting severe psycho-motor agitation.  I was confused and slow my mind a mud pit.  Despite the two hours, I didn’t really feel any better when I left.  Yeah, I was asked that classic question, “Are you thinking about suicide at all Michael?”  I assured him I wasn’t, and I was being completely honest.  I knew somehow that despite the pit I was in, there was a ladder out there somewhere, and I only needed to find it, as I must have done so many times in the past.   Because he knows I feel good when I go out to the shores of James Bay, he suggested that I should do that.  At first I wasn’t sure about the idea, but then I promised.

He also said I needed to listen to music again, something I do most days for hours and hours on end, but impossible to do when I am down.  He suggested that I shouldn’t bring my I-Pod shuffle though.  That’s because I told him that not only do I have some sort of telepathic connection with people, but also that my shuffle and I have a very special connection too.  I know, a little crazy, but only a little crazy.  So I brought it anyway, not willing to do everything he suggested.  Some people call that stubborn, but I like to call it a step-by-step process.  Once again the order of the new 200 song playlist had an undeniable connection to my emotions and my recent experiences.  Music is a gauge of my mood…the more I am connected to every note and every instrument, the higher I am and vice versa.

Hours later I forced myself to go, simply because I had made a promise and I don’t ever want to break one again.  After much struggle I finally got my butt out of the house. However I still managed to forget my driver’s license. 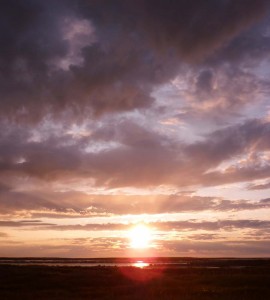 When I arrived at the bay, the wind was warm and the tide low.  Fifty metres away nearer to the shoreline, there was an old Cree man, a “chiyaau” as we say. He was sitting on a rock carving a piece of pine.  I was polite.  I didn’t want to disturb him, but I also knew that I should go and greet him as Cree custom would dictate.  Arriving ten metres away I said hello, “Wachiiya,” and introduced myself in Cree.  I then told him that I have been a teacher in the community for eight years.  He was pleased with my greeting and the words I spoke.  He had a big smile, a good sign.  So I told him how the bay helps me…tapping my head.  He laughed and said that’s why he goes there to carve.  I told him I see animals in the sky.  I know, a little crazy, but only a little crazy.  He laughed again, nodding his head, “Yes, I do too.”  So I said good bye and took my walk to the edge of the bay looking west.  For me, the sky is full of animals, clouds morphing from dog to hippo to pig.  Tonight, after two days of absolutely nothing, the animals came back to me more strongly than ever.

But it doesn’t end there. I saw a sunset like I have never seen before.  It started late, only fifteen minutes before its last embers crossed the line where water meets sky.  The west was a storm front brewing leaving only a small band of clear sky just over the horizon.  So popping out of the dark sky, there was a glorious almost blood red sun.  I could also see that there were small bands of clouds way off in that little patch of sky creating small dark rings crossing the sun, but always in movement, rising from the bottom to the top.

All of a sudden the brewing storm blazed with distinct lightning strikes.  Some were directly between the sunset and my perch on a big flat rock, bright orange in colour.  It generated deep feelings and it literally became all surreal.  Just after the sun set in indescribable royalty, two birds flew over my head.  I watched them for a few moments, admiring their courage, flying on some journey over the expanse of water.  I looked down for less than a split second.  When I looked back up to the exact spot I was gazing at before, they were gone.  I searched and scrutinized the sky, but still they were gone. 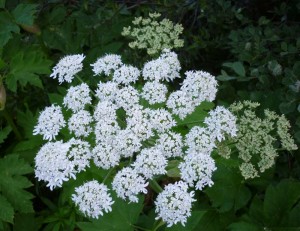 With all this natural mystery floating through my spiritual self I decided to walk to a rocky point a short distance off.  In a place I usually only find rocks that speak to me, which this evening I chose not to look for, I found a lone piece of driftwood that I immediately grabbed without thought.  As I walked back to my car, I examined it curiously, trying to figure out why it spoke to me so strongly.  And then I saw it.  It looked like a boomerang…but a kind of a screwed up boomerang.  I smiled and laughed and thought…ahahhhhh!  It’s my bipolar boomerang.

I ran back over the rocky shore without regard because I knew I had to write this blog now!  It was pressing and urgent.  So I raced home and I wrote this as soon I stepped into the door, not even bothering to take jacket or shoes off.  In ninety minutes I wrote it and revised it twice.  Yeah I know, a little crazy, but only a little.

My muse is back on my shoulder radiantly smiling at me…and the guy with his little sinister smile on my other shoulder…well he’s disappeared again, just like the birds did in a flash of beauty.  He’s gone again I thought gratefully.  Then I thought, well at least for the moment anyway.  I just hope that I am not going back to another hyper-manic episode…but I feel like I am soaring again, and wow, I like it!

Going the F**k To Sleep: Insomnia and Bipolar Disorder