The federal and state governments in the United States have declared war on pharmaceutical companies that are marketing medications off-label. In the United States, medications are approved for certain purposes. Physicians are free to use approved medications for different purposes, which is called prescribing “off label.” However, pharmaceutical companies are not allowed to market their medications for any of the unapproved purposes. That is called “off-label marketing”, and it is illegal.

What this war shows is interesting. It isn’t surprising that corporations are out to make a profit. That’s just the nature of the beast. What it also shows is that, ultimately, society is distrustful of the medical profession and the ability of physicians to properly discern the difference between evidence and a sales pitch. This war is as much about regulating the medical profession as it is about regulating pharmaceutical companies. 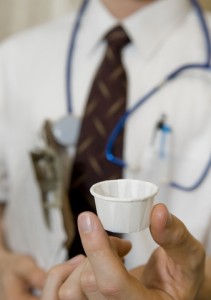 In the last few years, the federal government has levied massive fines against companies for off-label marketing of psychiatric medications (note that some of these fines include other infractions):

Who Is Being Shielded?

Somebody is missing in this discussion. Where are the physicians? Off-label marketing, after all, is almost always done directly to doctors. One can’t just put out an ad in a newspaper marketing a medication off label; that would be too obvious. Instead, marketers speak directly to physicians by using sales representatives or seminars that don’t leave the same kind of paper trail.

This is the key point here: in almost all of these cases, the off-label marketing is done to physicians, not to patients. The regulations don’t protect the layperson or the patient from advertising of medications for unapproved purposes, at least not directly. It is protecting us by shielding our physicians.

Don’t We Trust Our Physicians? 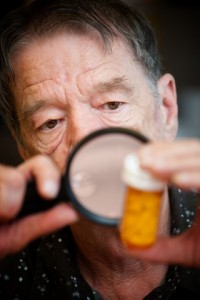 As someone who isn’t a physician, this certainly raises my eyebrow. My immediate thought is, “Why would my physician fall for some sales pitch from some marketer?” After all, I would have thought that it is precisely my physician’s responsibility to be able to recognize what works and what doesn’t work, which should make them immune to sales pitches. In fact, this is presupposed in the very possibility that they may prescribe medications off label in the first place.

For this reason, some people doubt the need for laws against off-label marketing at all. They reason that physicians use medications for off-label purposes all the time, and there is no good reason why they shouldn’t hear from the companies that produce medications about all of those purposes. Physicians can and should judge what will and what won’t work off label. In fact, they already do. Of course, if marketers falsify data or mislead, that should be illegal, but we don’t need special off-label laws for that.

In any event, these regulations show that, at the end of the day, governments don’t trust physicians to properly evaluate marketing and determine what will and won’t work in off-label contexts. This distrust goes back a long way, and it is actually an offshoot of the idea that physicians need the FDA to approve of the marketing of anything to physicians.

What this war really shows is that, at the end of the day, society doesn’t trust physicians to be immune to marketing influence. Yes, they should be. Yes, many of the probably are. However, society believes that we can’t actually trust enough physicians not to toss scientific data out of the window when they get a shiny pamphlet or a nice lunch.

Of course, the pharmaceutical companies believe this, too. Otherwise, why would they be taking the risk of billions of fines just to do some off-label marketing? They must believe that they can sell their products to physicians. There are hundreds of billions of dollars to be made by marketing medications to physicians, the very people who should be immune to sales pitches.

At first, it looks like the off-label marketing war is about pharmaceutical companies and their tactics, and to some extent it is. However, it is ultimately about our relationship with the very people to whom we trust our health: our physicians. It shows that we ultimately trust them less than perhaps we think we do. The laws in place show that society believes that we need to regulate not only what medications are approved, but even what our physicians are allowed to hear.

What does it mean for us as bipolar patients? I think it’s important to be skeptical but not paranoid. If we are prescribed something, it is worth asking if it is being prescribed off label. If it is, it is worth asking why the physician believes that the medication will work well in this case and if there is any evidence. At the end of the day, most physicians are very good, and what we really need is to find someone whose judgement we trust.