When I first heard the term “functioning”, I was actually rather annoyed by it. As it was explained to me, “functioning” meant something like “able to hold down a job.” The reason I was annoyed by it was that it seemed to me that it only represented society’s, specifically the economy’s, interest in my health. It reminded me of the time that the provincial government backed down and funded the flu shot, but only on the grounds that the flu stopped people from working, not just because having the flu, well, sucks.

So, I had a similar reaction to the idea of functioning. Is the health care system only interested in me getting better so that I can contribute to the economy or pay taxes? It’s hard to trust someone who sees my suffering as bad solely because of its economic impact, not because it, well, sucks. 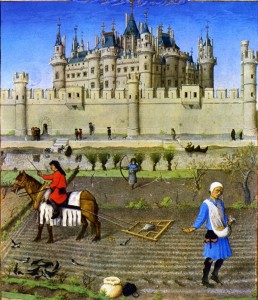 However, over time, I’ve come to accept the idea of functioning, but only because I’ve realized that it is a rather complicated concept, and that ability to work is only one type of that functioning. Rather, there are many types of functioning, only some of which are relevant to employment.

Moreover, I’ve discovered something else. Functioning is important to me. There are a lot of things I want to accomplish in life and ways in which I want to live. Thinking about them clearly can help me to think more carefully about my goals. It has helped me realize that I have a ways to go in my journey.

I’ve come to think of functioning in three different ways. They aren’t really stages, as I think they can exist independently of one another: 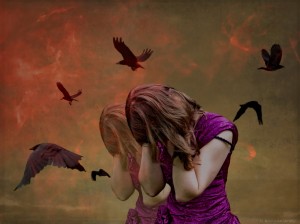 For me, coping was the most difficult type of functioning to develop. I’d say it took me about ten years, with lots of fits and starts. I’m still working on it, though I find I only have trouble coping during my most acute episodes now, whereas I pretty much was completely unable to cope earlier in my life.

What I mean by coping is simply the ability to get through the day without being miserable or frantic. I’d say until I was about 26 or so, I found it difficult to handle just about anything that life threw at me. Every small bad thing was a potential source of misery, every little good thing was a potential source of obsession, and every day I was acting out some narrative that was ultimately produced by my mood states.

What was so difficult about this experiences was that I was simply unable to conceive of my life from outside of my bipolar disorder or rather from outside my current mood state. My moods just flat-out ruled me.

As a result, though, every event of every day was traumatic in its own way. True, the type of trauma depended heavily on my mood state, but regardless of what it was, I couldn’t handle the slightest of the “thousand natural shocks that flesh is heir to.”* I couldn’t see myself from the outside, and I was unable to pull myself out of the quicksand by my own hair.

I’ve written before about my manic/mixed episode when I was 26 and how it shocked me out of this state, so I won’t repeat that here. Among other things, the insight I gained from that experience gradually gave me the ability to cope with my life on a daily basis.

A second type of functioning is the ability to set goals and to meet those goals. One thing I’ve realized is that there are actually two parts to this. It’s not just a matter of being able to do absolutely anything, like read Donald Trump’s How to Get Rich and become a billionaire within the next ten years (I just bring this up because I believe there actually are such people; Steven R. Covey wrote a book about it

The first part is about effectively managing goals themselves. That is, given that I have a mental illness and given the ways in which bipolar disorder affects my life, what is it that I can actually do? Thinking of my life in this manner has really helped me to find things that I can actually accomplish and to actually do them.

The second part is developing the skills to carry through and act on these realistic goals. There are a lot of different parts of this, from time management to adapting my current levels of energy and interest in ways that are productive and consistent.

Nonetheless, this strikes me as being a very different type of functioning. It’s not really just about coping with daily stressors. It’s about being able to set tasks and accomplish them. I guess where I differ from the standard definition is that I believe that I shouldn’t set goals in advance and call that “functioning”. Rather, this sort of functioning is develop the skills to accomplish the things that I actually could accomplish. In my case, this involves employment, but this may not be true for everyone. 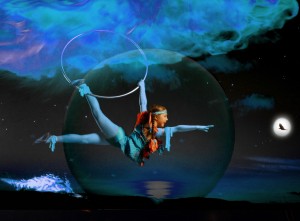 “Princess of the North” by Hartwig Kopp-Delaney (CC BY-ND 2.0)

Now, I want to talk about the type of functioning that I am really working on right now, since, as far as I can tell, I have very little of it. This type of functioning I call “resilience.” It is the ability to cope with major, or at least non-minor, events and changes in my life. This can include things from a genuinely stressful conflict at work to not getting a job to hurting my back (*cough*).

The problem here is that, if my normal ways of functioning are ways of simply coping and accomplishing goals that I’ve set based on my situation, I may not have left for myself a sufficient margin for error. Rather, I may have pushed my coping up to its limit already, so there isn’t any wiggle room for some moderately difficult shock to be dealt with.

The problem is, these non-minor shocks occur, I would say, at a rate of about one per month. That’s quite a bit if they’re going to knock me for a loop for a week or more each.

So, this is my current struggle. I’m not going to present a solution here, as it is something that I’m still working on, and I don’t want to fake it. What I will say, though, is that this is something that I’m currently focusing on in my therapy, and the very ability to see resilience as something different from day-to-day coping and even task accomplishment has been very helpful. It has given me something specific to focus on that I can deal with, which is how I can handle stressors.

“Functioning” isn’t just some government-promoted goal of getting us to work, and it’s not a single concept. Rather, there are many different types of it, only three of which I’ve enumerated here (I completely left out relationships, for example). It can be something very important to us as individuals, and carving it according to its natural joints can give us the opportunity to deal with each part according to its own challenges and solutions.

*Shakespeare dangled his participles, too. Take that, Chicago Manual of Style! (My monthly dangling participles rant).

8 Responses to A Thousand Natural Shocks: Functioning as a Bipolar Person