I thought I’d try something new today, and write a book review. There are a lot of books about bipolar disorder that I really like, and a few that I really don’t, and I thought it might be a good opportunity to share some of the excellent resources and stories that are available. This review contains spoilers, if one can really spoil a memoir, but I wanted to go through the various parts of the book to show the themes she touches on.

An Unquiet Mind is Kay Redfield Jamison’s memoir, and it follows her through her early experiences of bipolar disorder in her immediate family, then her own onset and difficulties up to and including a suicide attempt, and finally how she found treatment and how that treatment has evolved over time. Each of the four sections of the book mark off different periods of her encounter with bipolar disorder, and how she finally was able to manage the illness. 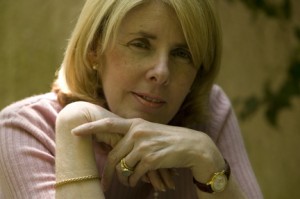 Source: Alexanian – Fair Use Rationale: to illustrate the person(s), product, event, or subject in question.

, and is an advocate for people with mental illnesses.

Another aspect of the book that is quite interesting is that she also has the experience of living with a bipolar father. This provides her with a completely alternate perspective that one usually finds in bipolar memoirs: someone who is experiencing bipolar disorder from the outside. Her parents’ marriage, which ultimately ended, and her own experience of her treatment by someone with bipolar disorder remind the reader of their own responsibilities not to inflict bipolar disorder on those around them.

Something sad about this is that we ultimately see Jamison commit some of the same mistakes in her first marriage. While she has had no children, her first marriage in part ended because of the difficulties with bipolar disorder and the way that it gradually wore him down. 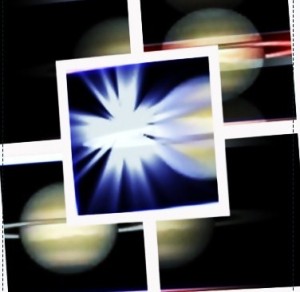 Jamison then details her experiences after the onset of the disorder. This happened to her right after she finished her doctorate and had landed a full-time position. Even after her original diagnosis, she continued on with the worst of the experience of the disorder and its terrible effects on her own life. Her description of manic episodes are especially vivid, including both a wonderful one that took her to Saturn, but instilled in her a sense of deep loss when it was over, and a horrifying one in which she saw herself covered in a explosion of blood.

For years, Jamison resisted treatment, almost leading to her death. Despite knowing that lithium, the only truly effective drug at the time, could help her treat the disorder, she resisted for years. This was in part because of the side effects of the dosages that she was given. What this section truly reflects is the kind of experiences many of us had in dealing with the side effects of medications, and the way that medication isn’t just about obeying or being “compliant” with “doctors orders”, but a real struggle with treatments that can be generally be awful and debilitating in their own right.

Nonetheless, Jamison has a unique perspective on psychiatry as she understands it. In a way, her experience doesn’t really reflect that of many people, as she knew that the treatment helped, while the rest of us, the non-experts, can only trust that it will help us. Still, her experience is very helpful to read. It can often seem that those encouraging medicine are just enforcing the obedience of the “sick role,” or serving as proxies of pharmaceutical companies. Jamison is someone who understands the psychiatry of bipolar disorder literally better than anyone, and is willing to use it. Seeing a specialist like her trust psychiatry gave me a reason to trust the profession as a whole.

After some time, Jamison learned to manage her bipolar disorder. This was partly as a result of lower dosages of lithium, as psychiatry gradually realised that the high dosages she was taking were not necessary. This allowed her to no longer have to face the choice between a debilitating illness and debilitating side effects.

She also develops a healthy relationship that ultimately ends tragically, when her fiancé dies suddenly. What is so interesting about this loss, though, is the way that her experience of this tragedy is ultimately a healthy one. The ways that she has learned to cope are evident in the way that she deals with his death, and in a strange way are itself encouraging.

Jamison’s memoir is rich and moving. It is also incredibly insightful, in that she brings to bear on her experiences a deep understanding of what she has gone through. This insight carries on to the reader, who can really learn a lot of about bipolar disorder, how to conceptualize it, and how treatment can ultimately help in managing the condition.

For me, the most important impact of this book is that it helped me to trust psychiatry more. Jamison lived through a period in which the treatment for bipolar disorder, while it worked, carried with it deep suffering in itself. I lived through the unfortunate period in which antidepressants were often used alone in treatment, and had horrible side effects as a result. I lost a lot of trust in psychiatry from my experiences, but seeing someone who really knew about psychiatry gave me more faith that there was something there worth pursuing.

The book is available at Amazon: