Because bipolar disorder is a mood disorder, it can have an important effect on our lives. Moods aren’t just things that are pleasant and painful. They shape both what we want and what we believe. This creates a problem for people with mood disorders. A mood disorder can make it difficult to know which of our desires and even beliefs we should trust. In this article, I will discuss this issue some of the tricks I have picked up for handling this self-doubt.

The problem is that I can only live based on what I desire.

Emotions can be enjoyable or quite upsetting. Love, for instance, can be joyous, while anxiety can be dreadful (I find anxiety even worse than depression). As someone with a mood disorder, where my emotions are often quite intense, it is very easy to focus on the pleasure and pain of my moods. After all, that is the way that they appear to me, as sources and loci of happiness and misery. 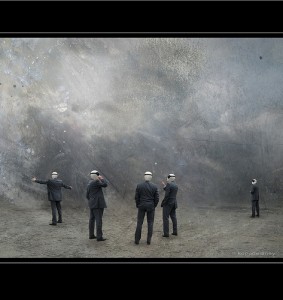 The problem is that I can only live based on what I desire. So, my life gets wrapped up in my moods to such an extent that it can really shape the way that I lead my life. Once I’m aware of this (and I am), it can lead very quickly to self-doubt about whatever it is I want. Is this something I’ll want later. Is it something that I will regret or will cause harm? How can I integrate this into my life as a whole?

For me, acting on hunches would be like taking advice from my cat.

Emotion also affects our beliefs. As Aristotle put it, we often believe through emotions. The metaphor here is that emotion comes between us and whatever it is that we are forming beliefs about. Today, we would probably use the metaphor of a lens. That is, we can’t see the world directly; our emotions are always shaping how we see it.

So, for instance, I don’t just enjoy the thought of writing a novel this week and want to write a novel this week, I also actually believe I can do it. Now, the strength of this belief can vary, ranging from a passing idea that “maybe I just could do that,” to near delusions where I genuinely believe that I can accomplish the impossible. Sometimes I believe something in the middle, or as someone I once heard at a conference say, it is possible to believe two contradictory things at the same time.

This creates perhaps the deepest self-doubt, especially as someone who has studied philosophy. I’ve discussed my overall skeptical approach and how it relates to my bipolar disorder before. However, the issue isn’t just philosophical. It affects my day-to-day beliefs as well, about what people are thinking around me, what I can accomplish, and who has slighted or insulted me and how.

One side effect of this is that I am completely unable to act on my hunches. Other people have told me that they have a kind of emotional insight into situations that allows them to see things that they can’t even reason out. For me, acting on hunches would be like taking advice from my cat.

So, I find myself with another sort of self-doubt, which is that I often find it difficult to find a solid place in my convictions, let alone in my desires or moods.

Do I even have evidence for what I am believing, or am I just making it up as I go along? 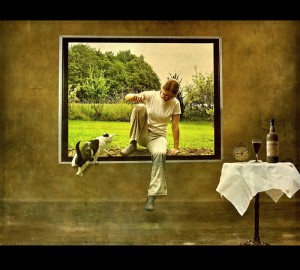 To all of this, I have found a partial remedy, or rather two closely related ones. The first is to use time as a remedy. After all, if a mood is the result of a given disordered mood state, then it will pass. Once it passes, the desires and opinions that are associated will pass as well (though not always; I call this the “frayed veil” effect, and it isn’t necessarily a bad thing). If I’m having strong desires or beliefs that seem fishy, then I can often hold off on acting on my beliefs, at least in ways that are potentially damaging. I may write something, but that doesn’t mean I’ll try to publish it until my moods have shifted.

Of course, this isn’t always possible. Sometimes, I need to make snap decisions, and I don’t have the time for my mood to wear off. In these cases, I try something else, which is tied in some ways to cognitive therapy.

For desires, I try to look closely at the desire and see if it integrates well with my other desires. After all, they usually haven’t gone away. Is this something that I can do and not affect negatively the other things I want, especially relationships? Is this even consistent with my other desires, and is it something that I also don’t want at the same time? This process of balancing my desires can often stop me from acting on a depressive or hypomanic desire.

For beliefs, I try to do something similar. Is what I’m starting to believe consistent with my other beliefs? Is it something that I would have believed last week or last month? Then I ask for the basis of the belief. Do I even have evidence for what I am believing, or am I just making it up as I go along? This approach of looking for consistency and evidence can help dispel or at least diminish a belief and help me make more careful judgements, even while in a mood episode.

What do I call this a partial solution, though? The problem is that doing either of things requires that, at least to some extent, I am aware that there is something fishy. Unfortunately, bipolar disorder can even take away my ability to smell the fish. In those cases, I can’t even get started on this process (which is a problem with cognitive therapy generally), so it won’t work.

2 Responses to Taking Advice From My Cat: Bipolar Disorder and Self-Doubt