Over these past three weeks, I’ve managed to get out of the city for three interrupted vacations. Why they were interrupted is kind of a long story, but the experience of popping out of and back into the city really gave me the chance to see the contrast between my life in the city and the way that I could live if I really put my mind to it. Since my vacations have kept me away from the site for a while, I thought I’d at least take the opportunity to share what I’d learned in the last few weeks.

City Life Is Too Fast and Too Complicated

I’ve kind of known this for a while, but life in the city is too fast paced for me. Perhaps because of my bipolar disorder, my brain is already moving a mile per minute, anyway. Having the city move two miles per minute around me isn’t helping any, and like cars we pass driving the other way on the highway, it seems to be moving even faster.

Today, we ask questions about urban planning. In the Middle Ages, the question was whether or not cities were evil. 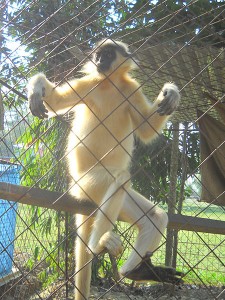 I remember going to a talk on cities in the Middle Ages a few years ago, and the opening statement was really quite interesting. The woman said, “Today, we ask questions about urban planning. In the Middle Ages, the question was whether or not cities were evil.” This question really struck me, and I’ve thought about it ever since. I don’t think cities are evil exactly (thought they may be, in at least some sense, “malum“), but I do think they are problematic, at least for me as a bipolar person.

I’ve become very interested in the ecological philosopher Arne Næss lately, and, to paraphrase, he says, “Human beings are mammals, and mammals need space.” Human nature doesn’t change. In fact, it can’t change, except perhaps through eugenics or by becoming cyborgs, both of which are kinda evil. Mammals are especially miserable in zoos. For me, the city is like a zoo. I’m crammed into unnaturally small, alienatingly artificial, and crowded boxes. I can’t be calm there.

It isn’t just the artificiality and claustrophobia of the city that is problematic, though. It is also the seven million things that are going on and that I’m involved in. This may be partly because I have four different jobs, but in the city, I have dozens of different connections that aren’t in turn connected to each other.

Næss make the distinction between the complex and the complicated. The complex has a lot of parts, but they all fit together, like the human body. The complicated is just a bunch of stuff connected together at random, like the labyrinthine halls of the university where I work. It is almost impossible in the city to make everything fit in a complicated situation. Urban life is complicated, not complex.

It is for this reason among others that getting out of the city is so important to me. It gives me a chance to get out of the zoo and to simplify my life. True, it is currently only temporary, but ultimately, it is something that I realize I want permanently. Just two more years, and I can get out of Toronto…

The worries and irritants start to fade on the backdrop of the open, natural spaces. They all become smaller, in the face of something that is, well, real. 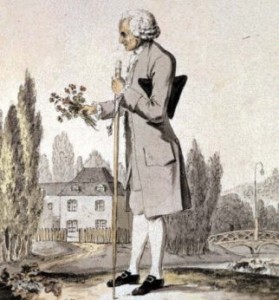 Going on vacation and getting rid of my zillion distractions really gives me the chance to think about things. This is, to say the least, something of a mixed blessing. As someone with bipolar disorder, one of the things that I’ve found most therapeutic is to get out of my own head, rather than to be stuck in the bizarre little narratives that it writes for itself.

In fact, it is for this reason that I’m usually very suspicious of thinking. The construction of narratives is already problematic in itself, with the tendency to repackage events in the appropriate bit of plastic, like processed food. When those narratives are constantly shifting as the result of a mood disorder, the whole thing becomes impossibly labyrinthine, with narratives building on narratives, like a Grant Morrison story that pathologically can’t stop commenting upon itself.

However, one thing I’ve noticed from my time away is that, after a few days, this process actually stops. The worries and irritants start to fade on the backdrop of the open, natural spaces. They all become smaller, in the face of something that is, well, real. The “artificial” has at least two antonyms. On the one hand, it is the opposite of the “natural.” On the other, it is the opposite of the “real.” Words with double antonyms can tell us a lot about our preconceptions about the world. The natural just is the real.

My time away from the city helps me to understand just why psychodynamic therapy, the descendent of Freud’s psychoanalysis, actually works (I discuss this therapy more here). Our lives can make sense, and thinking about it can actually help. The problem isn’t thought itself, it’s trying to think in the middle of all the city’s noise.

Rest and Relaxation Are Not the Same Thing 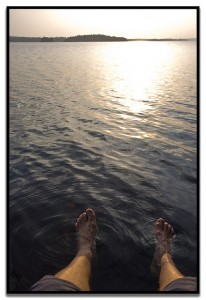 One thing that I really came to realize on these latest vacations is that my desire to get out of the city isn’t actually a desire to stop working. I think on past vacations, I thought, “Yeah, this is great. Duh. Who wouldn’t enjoy going on vacation for the rest of his life?” This time, however, I had too much work to do that simply couldn’t wait. So, I brought it with me and did it here.

(Yes, I know this is like those bad fathers in the movies who can’t stop working, but I refuse to let my values be set by romantic comedies. I can stop working, often when I’m not on vacation and probably shouldn’t. A lot of my time on vacation is spent reading novels, anyway, so I just substituted working, which created no discernible difference.)

What I realized is that what I enjoyed about my vacations is not actually that it is time away from work. It is time away from the complications surrounding work. Work can actually be quite relaxing. That’s why so many of us play sports on holidays or use their Sundays to plant a garden. Rest isn’t relaxation. Relaxation is about the state of our minds, not about the state of our bodies.

I realized that relaxation isn’t an attempt to avoid working. Relaxation is something I can do.

I can’t change my own nature, so I may as well change my life.

I’ve realized a lot on this latest batch of vacations, both about myself and about how I want to live my life. I’ve realized that I should and actually can simplify and slow down my life. What I need to do is be realistic about the kind of changes that I need to make in order to let my mind relax so that I can actually live.

For me, this means getting out of the city. I just need to stop this macho nonsense of never making any necessary changes because I need to “tough it out.” I can’t change my own nature, so I may as well change my life. This latest round of vacation has given me some insight into the kinds of things I need to do in order to be happier, and I’m glad for having had that opportunity.

8 Responses to City Mouse and Country Mouse: Slowing Down a Bipolar Life