In general, I don’t like to correct other people’s language. After all, there can be a real temptation for those of us with the “correct language” to jump on the people with the “incorrect” language.

However, sometimes things get so bad, it’s important to say something. I hear the language of mental illness abused literally every single day. It’s not so much that people use the wrong words. I don’t really care so much about that. If people want to say I have a mental “illness” or “condition” or I’m “differentially minded” whatever, fine. It’s not like I don’t have opinions about this, which I’ve posted here. It’s just that patience is more important that correctness in those cases.

The message is, “you’re a bad person, because you’re like a mentally ill person.” 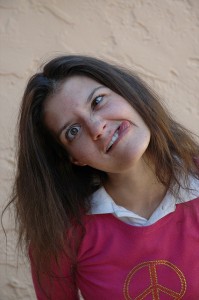 Of course, there are a lot of words that are simply dehumanizing and insulting in their own right to those who have mental illnesses. “Crazy”, “lunatic”, “bonkers”, “nuts”, and so forth are words whose function is to dehumanize us and insult us directly. Slate, I think, wins the award on abuse of these words recently, when they called Newt Gingrich “completely bonkers-bananas-barking-bat*** loony tunes”. I’m no a fan of Newt Gingrich, but mind your tongue, Slate.

However, there is a larger problem, which is the use of terms for mental illness as abuse. By this, I don’t mean just directly abusing people with mental illnesses. What I’m talking about is when words like “mentally ill” or “crazy” are used to insult anyone at all. In these cases, it doesn’t matter so much whether or not the person is called “crazy” or “off his medication.” What matters is that being associated with us is considered an insult. The message is, “you’re a bad person, because you’re like a mentally ill person.” That’s not just insulting to their target; it’s insulting to every person with mental illnesses in the world.

Some people genuinely just don’t get it. I’ve been a mental-health blogger for two years now, and I could cite dozens of examples. I’ve seen mayors of cities accuse people of being “off their meds”, and people call cuts to mental health funding “crazy”, without a hint of irony. The problem, as I see it, is that these terms and associations have become so ingrained in everyday speech, that it’s just become a part of how we conceive of the word: mental illness is scary, weird, and dangerous.

People Should Be Proud To Be Associated With Us

It’s not just that we shouldn’t be ashamed of having a mental illness; it’s that we can be proud of how we deal with it.

One of my favourite quotations from the last year was by Joseph Franklin Stephens, a special Olympian with Down’s syndrome. Ann Coulter got it into her head to call President Obama a “retard”, and a lot of people got angry because she used a naughty word. Stephens, though, recognized the deeper problem: it wasn’t so much the word; it was that she was using it as an insult. It would have been almost as insulting for her to have called the president “mentally disabled”.

In response, Stephens said the following:

“Well, Ms. Coulter, you, and society, need to learn that being compared to people like me should be considered a badge of honor.” 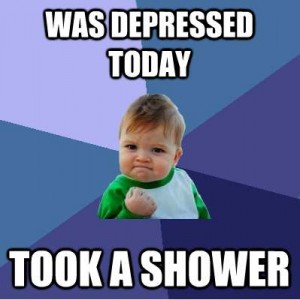 Our community has a lot to be proud of. Are things harder for us? Absolutely. However, that just gives us more to be proud of. Last week, I put up a meme on the Facebook page that simply said, “Was Depressed Today. Took a shower.” So far, it has 195 likes because, if you’ve ever been depressed, you just get it. Of course, not everything is that difficult. In my experience, things oscillate between being of normal difficulty and being absurdly hard. However, mental illness provides us with unique challenges, and we can be proud of how we deal with them, a topic that I’ve written about before. It’s not just that we shouldn’t be ashamed of having a mental illness; it’s that we can be proud of how we deal with it.

So, What Should We Do?

So long as people think that it is shameful to be mentally ill, it will be used as an insult.

Given how thoroughly ubiquitous all this “mental illness as insult” issue is, what should we do about it? There are a few different options. Generally, these strategies can be divided into three categories:

Option One, Reclaim the Words: One option, which is used by the “Mad Pride” movement of which I wrote critically last year, is to reclaim the words. Since words like “mad” and “crazy” are used to insult us, if we call ourselves those words, they lose their power. I know this could work in theory, but our problem isn’t so much the mean words, but phrases like “looks like you forgot your medication?” or “you need help” don’t have any bad words in them. Our primary problem is that people think it’s an insult just to be associated with us. 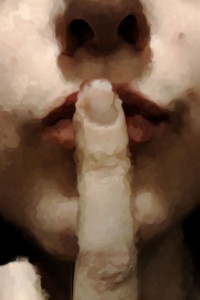 Option Two, Correct People: Now, I’ve done this. I did it with that online magazine last week. I think correcting people can be done with a specific group of people: people who know better who slipped, or at least people who should know better, but just aren’t careful about their language. In these cases, I’ll privately ask the person not to do it, and the person usually apologizes (sometimes so profusely that I actually end up kind of consoling them). However, jumping on people for using language in bad ways doesn’t help; people generally don’t change their minds, they just start whispering behind our backs.

Option Three, Get at the Prejudice Itself: Ultimately, this is the only solution that will really work. So long as people think that it is shameful to be mentally ill, it will be used as an insult. If this doesn’t get fixed, there will just be a cycle to the next set of “crazy” insults. Maybe the words will hang around with forgotten etymologies, like “gypped” or “paddy wagon,” but they’ll lose their teeth.

So, aside from reminding good-willed people about their language, the solution to mental illness being used as an insult is for people not to think of it as an insult. This means getting at the underlying prejudice. How do we do that? By getting out there, fighting battles against discrimination and for accommodation, and helping other people understand mental illness, and generally letting people know how awesome we are. One we win that battle, and we’re almost there (just a century or so), people will be proud to be associated with us. Insulting us would just be crazy.

15 Responses to “Crazy” Talk: Why Having a Mental Illness Shouldn’t Be an Insult