While episodes of bipolar disorder are often cyclical, for many people with bipolar disorder, episodes are often brought on by what are called “triggers.” A trigger is something that often precedes an episode, and managing triggers is one an important part of managing bipolar disorder. However, in order to manage triggers, it is necessary to identify them.

Given the apparently random nature of bipolar disorder, how do we identify them? Fortunately, there are several techniques that can be used to identify our triggers and reduce their presence or at least their influence on our bipolar disorder. In this article, I will look at some ways of identifying triggers and how to handle them once discovered.

Keeping Track of Our Moods

Triggers can be identified by looking at some of the changes or events that repeatedly occur in our lives right before we have episodes. However, unless we identify when our episodes are actually happening, we won’t be able to identify them. This is one of the reasons that tracking moods is so helpful in identifying our triggers.

The way that I have discovered to help with this is the use of a mood chart. There is a very good one at this link (the chart is the second page of the .pdf). It’s a simple way of keeping track of what it is that we feel on a given day.

I have found that it is helpful to track four symptoms especially: high moods, low moods, irritability and anxiety. One of the reasons for tracking these four rather than simply high and low moods is that episodes can manifest themselves in different ways, even in the same person. So, I may have a hypomanic episode that involves hypomania, but then have another one that is primarily irritable. Depressive episodes may include anxiety.

Sleep schedules are especially important, as there seems to be a large correlation between mood and sleep.

Once moods are tracked, I can start to look for the triggers.

It can be helpful when tracking triggers to keep a journal of what has happened in our lives. The journal doesn’t need to be kept every day in order to be useful. However, when a new mood episode starts to occur, it is helpful to go over the few days before the episode.

There are two things that are useful to keep track of. One is the events of the days. What exactly did I do over those days? Was I teaching, going out of town, visiting someone, having a birthday, have an argument with my friend? Just writing down some of the basic events can help me find things that might trigger an episode.

The other thing that’s useful to keep track of is what I was thinking during those days. Was I especially worried about my career? Did something someone said upset me somehow? At the end of the day, our triggers are not caused by events but how we interpret events. When writing down an event, I find it’s useful to write down what I thought at the time. 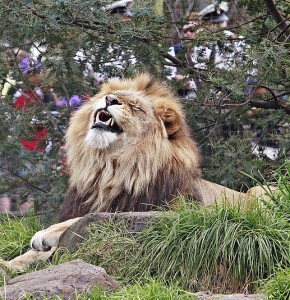 There are a few triggers that are common, and are useful to look out for:

Not everyone has the same triggers. For myself, I find that there is no seasonal pattern, but that stress can be a real problem.

Of these, stress is the most problematic to keep track of, since it is the only one that isn’t really measurable. What to look for here is what kind of event or thought leads to the stress that triggers the episode. Often it is a relationship with a particular person, work or school events or even something as specific as leaving the city (that one’s mine).

Some triggers can be avoided, especially sleep patterns and alcohol or other drugs. Others are impossible to avoid, like seasonal changes. Others are in the middle, like stress. So, there are different strategies one can take with respect to each.

If it is an avoidable trigger, like sleep patterns, alcohol or something stressful that can be withdrawn from at minimal cost, often I find the best strategy is to avoid that trigger. So, if sleep patterns are the issue, it may simply be best to go to bed at a certain time.

In these cases, even though the trigger can’t be reasonably avoided, once it identified, it can be brought up in therapy as a source of episodes to be dealt with. Sometimes, it is a matter of being especially cautious during a given season (so, for instance, I may need to avoid stress in February). At other times, it is a matter of developing insight about a relationship. What to do here is a little outside of the scope of this article, but at least the identification of triggers can give something on which to focus therapy.

The identification of triggers can be very helpful in managing my bipolar disorder and in giving a focus and direction to therapy. Identifying them is a matter of looking for patterns, which are often unique to each individual. At that point, I can look for ways of avoiding or managing those triggers, so that they do not have such a disruptive effect on my life.

10 Responses to Caging the Lion: Identifying and Managing Bipolar Triggers