At the end of the day, people with bipolar disorder are often able to succeed in just about any career (except the ones from which we are barred, which I will mention below).

However, that doesn’t mean that we shouldn’t consider which careers will be best for us. Because of the special challenges associated with bipolar disorder, there are some careers where we are more likely to thrive as people than in others. In this article, I will discuss what to look for in a career, and provide some specific examples. Please note that this article largely derives from my own experience; I don’t mean to suggest that there won’t be exceptions to what I discuss below.

Careers From Which We Are Barred 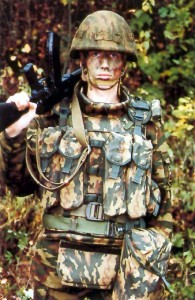 The first thing to recognize is that there are certain careers from which we are barred because of bipolar disorder. These are careers which, at least until now, the courts upheld the disallowing of people with bipolar disorder and other mental illnesses from entering. Please note that what I am speak of here applies only to North America. Other jurisdictions may have their own rules.

Almost any job that involves carrying a gun will disqualify people who have bipolar disorder. This includes the military and police forces. There are occasionally exceptions to this, and you should feel free to ask a recruiter, but those exceptions are rare. Don’t use any deception, especially in the military. Lying to be recruited can lead to a dishonorable discharge and time in prison.

In addition, some professions will still bar people with bipolar disorder from joining the professional associations. Employers are not allowed to discriminate in hiring, but in some cases, professions are allowed to discriminate. If joining a profession, you should check in advance whether or not people with bipolar disorder are permitted to join. If you want to ask discreetly, you can talk to an employment attorney, who will know the rules or at least be able to find out for you. 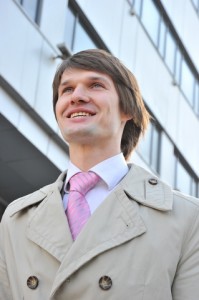 People with bipolar disorder tend to be drawn to positions that include a lot of stress. This is because we can often find an outlet for our hypomania in high stress positions. However, this may not ultimately be wise. Stress is one of the most common triggers of mood episodes, and it can be very difficult to find the kind of emotional stability we need to live a fulfilling life under stress. Of course, some bipolar people will find themselves about to handle stress, but they usually have significant ways of compensating.

In order to reduce stress, jobs that do not have punctuated workloads are often best. By this, I mean jobs where we don’t suddenly find ourselves with massive projects to complete, with lulls in between. Note that I have swapped from the word “career” to the word “job” here. In many cases, certain types of jobs are available that are less stressful than others within the same career. The goal would be to find a niche within a career that is itself less stressful.

Another thing to consider is finding careers that can be performed on a part-time basis. Not everyone will need this kind of work, but it can certainly be less stressful for some people than a career that requires full-time work. On the other hand, constantly needing to find new work can be just as stressful. Positions like working as an accountant who works with a few companies on a constant, monthly basis are often good options.

People with bipolar disorder can be incredibly creative, especially during their hypomanic periods. Even after a hypomanic episode, there are often a number of different ideas that can be returned to for completion later. In addition, people who are bipolar feel things more intensely, which gives us the kind of experience that drives creative work. This means that we will often have a greatly potentially creative output, and finding a career that can fit into it some of our creative expression would be something that can really enhance our lives. Most creative fields have a disproportionate number of bipolar people as a result.

The tricky part is that our creativity can often come in spurts, rather than consistently. This can make it difficult to hold down creative work, especially during the drier, depressive periods. However, there are some careers that can combine creativity with the ability to set one’s own schedule. Being a freelance writer, for example, or writing short stories are things where we can set our own schedules and at the same time.

Of course, the downside of creative work can be the same for us as it is for anyone else: it can be hard to break into. Creative work may be something to break into gradually, doing some work and putting together a portfolio while working on a less stressful career. The internet provides a remarkable opportunity for many people with bipolar disorder, as it gives us a platform to publish our creative work while gradually building an audience and finding opportunities. 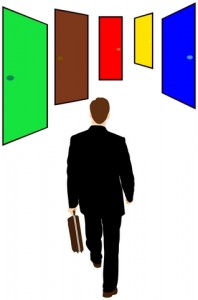 What if you’re already in a career that is high stress and doesn’t have a lot of creative output? Does that mean we should quit?

Not at all. However, the same principles that I discuss in this article can be applied to one’s own current career. After all, in most careers, there are often different streams of advancement, even late in the game. For instance, I work at a university, where I can focus on various things from teaching to research to administration to even working more closely with the union.

In cases where one has a current career, take a look at possible options within that career and what will work best for you. For example, a current job as a lawyer might include working long hours from time to time, which both causes intense stress and can disrupt sleep cycles. There may be, however, a number of different areas to work with more moderate hours and less intense cases.

Part of scaling a current career is often a matter of refusing to “play the game.” Many careers have standards of success that are partly arbitrary and partly not, developing standards of machismo around basically being a workaholic and putting a lot of focus on being at the “top of one’s field,” whatever that may mean. Either way, as someone with a disability, we can set our own standards of success, focused around our own well-being and the ability to contribute in the way that best suits our unique talents.

There are a number of different career options for people with bipolar disorder. The best will take advantage of our unique talents and also allow us to be most fulfilled as individuals. As a rule, positions that have low stress and take advantage of our creativity will be those that are best for those with bipolar disorder. This may require us to not play the game that others are playing, but will provide us with a more important victory.

54 Responses to What Are the Best Careers for Bipolar People?