The Importance of Peer Expertise in Counselling

I’ve been away from the blog for a while, and though I haven’t necessary made the best use of my spare time (*cough* Skyrim *cough*), mostly it’s been because I’ve been doing two degrees, one in spiritual care and psychotherpay, and the other in social work. Last week, I finally became a registered social worker, something that I’m very proud of, and I have my own private practice, where I offer both counselling and mediation services, called (somewhat unoriginally) “Bader Services”. I’m a pacifist in my offline life, which is where the mediation is coming from.

My goal, through all of this, has been to bring my own lived experience to treatment of mental illness generally and of bipolar disorder in particular. I facilitated a peer support group for a few years in Toronto and then again in Kitchener, and I’ve run this blog. Over time, I began to realize some of the limitations that come with peer support without professional expertise. After the third or fourth time someone told me they were planning to kill themselves, I realized that I needed more training. I also realized that I was disappointed myself with much of the care that I had received, and wanted to be able to improve “our lot”, so to speak, by becoming a professional.

I’ve learned a lot of things along the way, and I intend to share a number of them on this blog, now that I’m finally finished school (and the depressive episode that inevitably followed it). I thought that I’d write first about my observations of peer expertise and how it can be valuable to counselling. 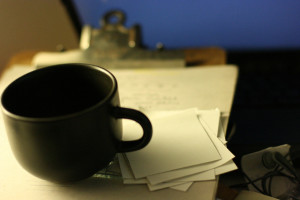 When I first heard the term “peer expertise”, I kind of cringed at it. A part of me still does. Don’t get me wrong, I accept the idea that clients are the best experts in their own lives (and in fact based my new career on that), but I also want to avoid the idea of the “patient as superhero”. I think it’s okay to be struggling, to feel like we don’t know what we’re doing, and to need and to ask for help. I’ve always kind of loved that Carrie Fisher was so powerful, despite never quite getting her “life” together. In fact, it was her strength in the face of the clusterf**k that is bipolar disorder, that made her so inspiring. “Expertise” was just the wrong word there.

On the other hand, lived experience does bring with it a kind of expertise, which is not so much about whether or not we know the ins and outs of treatment, but more the ability to test the claims of the so called “experts” with their professional expertise. On the one hand, we can help set the goals for treatment. I once changed physicians because he wouldn’t take me off of a medication that was making it impossible to read, something somewhat necessary to finishing my doctorate. I know that one thing that has always bothered me is the goal of making me more functional (a goal for capitalism), versus making me less miserable (a goal for me). On the other hand, we also as patients can strip the professionals of their pretensions and expose the harm that they often do. We are the experts both in setting goals and in calling out bulls**t, especially when we work together.

One of my hopes in bringing peer expertise to counselling was to help normalize mental illness for my clients. It’s no longer about turning the patients into an “other”, and “fixing” them so they can be more like “us”. Rather, my hope was that being a consumer/survivor myself, clients would be less likely to see themselves as “different”. So far, this hasn’t panned out quite as much as I would have liked. First of all, there’s the power imbalance in counselling itself that is different than in peer support, and differentiates me from clients in a way that I wouldn’t otherwise like. Second, it often hasn’t…and this will sound strange…come up. Because the counselling is about my client, I’m not there to share my own experiences, and I’d say less than half of my clients even know that I have bipolar disorder. The back-and-forth doesn’t work the way I would have expected.

Where is does come in is through understanding and empathy, something that I’ve discussed before. While I don’t sit down and say, “Well here’s what I do,” because that would come across as patronizing advice, I am able to hear things in a different way because I’ve dealt with many of the same issues. I find that I’m less judgemental, listen more closely, and I am able to make connections more easily. I’m also more readily able to recognize when I don’t know what to do, and to make the sessions more collaborative. Often, a client will bring a problem that I’m actively struggling with and when they ask me what to do I’ll think, “I have no f**king idea,” and start to problem-solve with them, which is better than pretending I have an answer just to look professional.

The Dangers of Identification 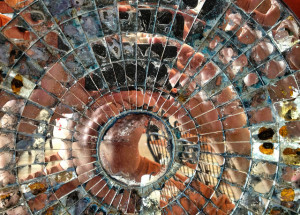 “furniture shopping” by woodleywonderworks – CC BY 2.0

There are dangers, however, to lived experience in counselling. The most common one that I’ve noted is assuming that someone is going through the same issues that I am going through because we’re living with the same mental illness. People with bipolar disorder are just as different as people without bipolar disorder, as are their experiences of the illness. If I assume that people are going through exactly what I’ve gone through, I’m more likely to miss their actual experiences. I’m not supposed to be projecting myself onto my clients like that. Yes, being bipolar helps, not only working with bipolar disorder but with others living with mental illness, but it’s not because people are more like me, but because we’re different in similar ways from everyone else.

Living with mental illness as a counsellor has been really eyeopening for me in a lot of ways, and I’ve come to realize just how valuable it is in practice. It enables me to empathize more with clients and recognize what I don’t know, and it enables me to be more conscious of the kind of harms and stigma that we are living with together. On the other hand, I’ve come to recognize how important it is to keep myself separate from my clients and not project my own experiences onto them. Most of all, I’ve recognized what an adventure the next 30 years or so are going to be!

On a personal note: blogging again is fun! I’m partly trying to remember how WordPress works, and partly realizing just how much I’ve changed over the last four years. When did I start swearing this much? In any event, I’m looking forward to getting back to this blog at a more reasonable rate than before, like once per month. I’ve also realized that there’s a lot more to write! And that alone shows me that the last four years haven’t been in vain.