Catastrophising is something at which I excel. I do it with everything: I can’t take the dog for a walk, because he will surely snap his collar…be hit by a bus…the sight will send me into such a rage I’ll slaughter the bus driver…the police will call in snipers to take me out before I do anymore damage.

That is an actual chain of thoughts I have had on a regular basis, one which has left me in the grips of such I severe panic attack, I couldn’t leave the house, and Dexter had no walk. I don’t just do it with the dog either.

There are some areas of life – like the dating game – where it is understandable that everyone catastrophises to some extent. The issue comes when you do it over the smallest things, and are left unable to function because of it.

There are days when I’ve been happily typing away, and I’ve misspelled a word. Now, this happens a lot with me, I’m truly an atrocious speller. Misspelling a word happens at least once in any given sentence, especially when typing at speed. It isn’t always long, complicated words I get wrong either: ‘surprise’ is always lacking its first ‘r’ in my head; received is a word I perpetually spell ‘ie’. 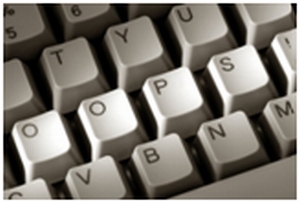 My point? I spell things wrong a lot.

In less than a second I’ve gone from fine and working to suicidal, all because I typed ‘orgasm’ instead of ‘organism’. 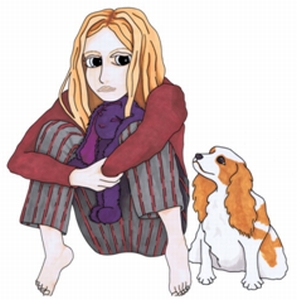 At times, this can be utterly baffling to people around you – they simply cannot comprehend why you are so inconsolable about something which, to them, seems trivial. Yet catastrophise I do, and I’m not alone.

Catastrophising is a common problem amongst people who suffer from a variety of mental health problems. Sometimes, it passes without incident, and you flip back to being fine as swiftly as you found yourself panicking in the first place. Other times though, this kind of thinking can last for days, weeks, even months. It can stop you leaving the house, answering the phone; it can stop you living your life, because you’re so afraid of the worst possible outcomes, you won’t even risk trying. You think you’re playing it safe.

What you neglect to realise, as you are safely cocooned in your bubble, is that you’re doing more damage to yourself by refusing to come out, than the world could do to you even if the worst did happen. Make no mistake, spending your life too afraid to get a job, or make a friend, or kiss a boy, is not living. You may still exist, but you have no life.

I’ve been hibernating for a while now. The worst did happen, and it hurt like hell. I’ve been trying to glue myself back together, falling apart again, and burrowing deeper into the proverbial leaf pile. 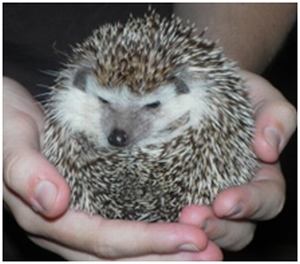 A friend of mine calls me ‘Hedgehog’. When I asked why, she told me I’m often prickly on the outside, but when you got past all the spines I’m as cute and sweet as anything. It isn’t easy to get to know me. Oftentimes it’s even harder to actually like me. I make it this way on purpose; the people who stick around have already put up with pricked fingers, drawn blood, and so I know they at least care enough not cut and run at the first sign of trouble. Even then, I’m easily offended, unintentionally offensive, and regularly incomprehensible. Not to mention, I really do have a foul mouth.

Consequently it surprises me when people take a romantic interest in me. I always question it. Being as I am an extremely self-conscious person, I immediately assume the worst – they don’t really like me…I’m mistaken…they think they do, but as soon as they get to know me, they’ll change their mind. Best not get my hopes up. The current favourite is ‘even if they do like you, you’re far too fat for them to ever fancy you’. This is, by the way, the exact opposite of how I am when manic, however I am not currently talking about mania, I am currently talking about catastrophising.

When a boy asks me out on a date, my immediate response is to laugh. This is partly because I find the word ‘date’ ridiculous in that context, partly because I assume he’s having a laugh, and I don’t want to look like a total fool when he says ‘nah, I’m just f***ing with ya’. If the boy is able to convince me of his sincerity, getting me to actually make a decision on the matter is just as difficult. Should I? Shouldn’t I?

Often, the catastrophising starts here – there’s no point even going on the date, it will inevitably go badly…Even if it goes well, the next won’t….Even if we ended up together, it’ll go wrong eventually….He’ll cheat… I’ll forgive him…He’ll keep doing it….I’ll get depressed again…I’ll hate myself for staying but be unable to leave…I’ll become suicidal. 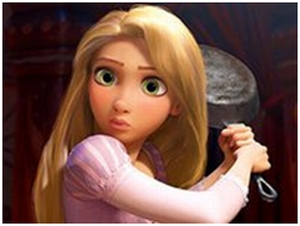 Since my last relationship ended in flames (literally, he burnt the house down), the notion of relationships ending in violence or death has become even more ingrained in my head than it was already. Even if, I tell myself, neither of you decide to end it with bloody violence, you’ll still split up eventually. What if you’re married? What if you’ve had kids by then? The divorce would be horrendous! And suddenly, before I’ve even been out with this boy, before in fact I’ve even decided if I want to go out with this boy, we’ve been out, moved in, settled down, got married, had a few kids, he’s had an affair or two, I’ve had a suicidal scare or two, we’ve got divorced, the kids are traumatised, they hate me, and I’m a terrible mother.

It is at this point that the decision becomes obvious: you can’t possibly go out with this boy. Or any boy. Ever. You’ll be alone forever, but at least you’ll be safe. You can avoid people; you’re really good at that! It’s the one skill (aside from catastrophising) in which you excel! You can stay locked away on your own, Rapunzel in her tower, and if any handsome princes try climbing in through the window, you’ll damn well kick them in the face…Or thwack them with a frying pan.

The problem is that I’ve seen the end of Tangled. I’ve seen pretty much every other Disney film going too, and they almost all have one thing in common: the Happy Ever After.

Catastrophising never allows for the possibility of a Happy Ever After – and by this, I don’t necessarily mean you find your Flynn Rider, I simply mean the outcome of whatever you’re contemplating is the best it can possibly be. You walk the dog, and he doesn’t get hit by a bus; you type orgasm instead of organism, laugh about it and correct the mistake (or you leave it in there, just for the hell of it); you go for the job interview and land your dream job; and maybe, just maybe, you go on the date, and you live Happily Ever After.