Unlike major depression, which is three times more likely in women than it is in men, bipolar disorder affects the sexes at roughly equal rates. However, just because bipolar disorder is just as likely to affect women as men does not mean that it affects women and men in quite the same ways. As a matter of fact, there are many differences, many of which relate to issues around fertility and children. On this page, I will discuss some of the issues that affect women uniquely, as well as introduce some of the strategies for dealing with these complications.

Variation in Overall Rates of Symptoms 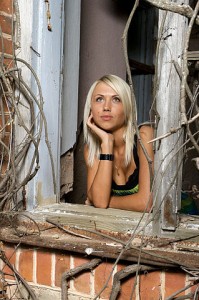 In a way, this is consistent with the overall trend in diagnosis that women are more prone to depression than men. Even in bipolar disorder, which is equally diagnosed among men and women, it tends to manifest itself in more frequent and severe depressive episodes.

The reason for this increase in rapid cycling is not known. There are several hypotheses. One is that hormonal changes during the menstrual cycle destabilize episodes, causing them to not last as long or causing them to kick in when they might not otherwise do so. Another is that, because women are more prone to depression, women are more likely to be given antidepressants, which are known to potentially cause rapid cycling themselves. Finally, women are known to have increased rates of hypothyroidism, a condition in which the thyroid gland does not make enough of the thyroid hormone. Hypothyroidism has been linked in both men and women to increased rates of rapid cycling, so this increased rate of hypothyroidism may be the culprit. 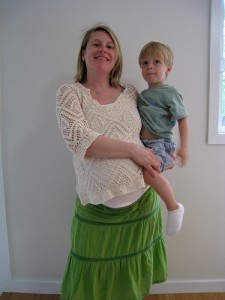 Bipolar women should therefore speak with their psychiatrist before becoming pregnant. It might be a good idea to put together a pregnancy-friendly medicinal regime in advance, in order to make sure that it works well. Otherwise, the combination of new medications and hormonal changes in pregnancy might become overwhelming.

The reason for the confusion around the data is that the data is very hard to sort out. Women already have a tendency to increased depression when they are pregnant, even if they are not bipolar. It is therefore difficult to establish whether or not a given depression is the result of bipolar disorder or whether it would have happened anyway as a result of the pregnancy. How one tries to answer this question will alter whether or not one thinks depression has gotten worse or better.

On the other hand, manic and hypomanic episodes do seem to get worse, especially among rapid cyclers. There are a number of reasons why this might be true:

Even so, the increased rate of hypomanic and manic episodes is usually fairly small, enough that some experts even deny that a change exists.

Overall, mood should be carefully monitored during pregnancy, especially for women with a history of rapid cycling. For some women at least, it appears that pregnancy can cause increased symptoms.

Like issues relating to pregnancy, post-partum issues can be roughly divided into those that affect the mother and those that affect the child. First, there are often severe emotional reactions to childbirth by bipolar women. Second, medications can be unsafe to use if you are breastfeeding. 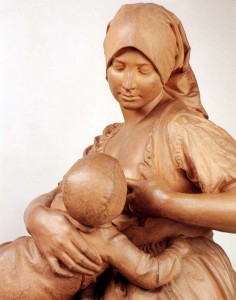 Depression is not the only danger after childbirth, however. Some women, usually those with bipolar 1 disorder, can have especially severe manias following childbirth. The delusions associated with these post-partum manias will often center around the child and beliefs that the child is somehow miraculous or otherwise special. Like depressive post-partum psychosis, this can be dangerous for the child and women with bipolar 1, and their family members should be aware of this possibility and be on the lookout for it.

For women with bipolar disorder, a psychiatrist should be involved to monitor fluctuations in mood that result from childbirth. Sometimes post-partum psychoses can be prevented by immediately resuming medication. If it is not prevented, care must be taken to protect both the child and the mother from potential harm resulting from an episode.

While we do not know not know very much about the dangers of many medications during pregnancy, we know even less about the dangers of those medications while breastfeeding. However, this does not necessarily mean that women with bipolar disorder will be unable to breastfeed. Breast milk is known to be superior for the health of babies than formula, which would be the only realistic alternative. So, women are often stuck between the unknown risks of medication and the known risks of formula.

The best thing may be to do some research yourself about the risks of breastfeeding with whatever specific medications you are taking, and then to speak with your physician about your particular situation. A good place to start for any information about breastfeeding, including medications, is La Leche League International. Another resource is a book called Medications and Mothers’ Milk

by Thomas W. Hale, which has a comprehensive list of known information about the safety of medications for breastfeeding women (there will be a new edition of this available on June 15th that will be less expensive). Issues surrounding bipolar breastfeeding are complex, and will depend on which medications you are taking and your tolerance of and willingness to take other medications.

There are a lot of ways in which bipolar disorder affects women differently. Some of them are increased rates of various symptoms, but others are related to childbirth:

Note: The primary source for the information on this page is Manic-Depressive Illness: Bipolar Disorders and Recurrent Depression, 2nd Edition

12 Responses to Bipolar Disorder in Women