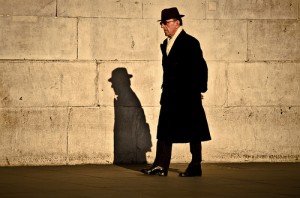 First, men are more likely to have bipolar disorder 1 than women are. Bipolar disorder 1 is the version of the disorder that includes full-blown manic symptoms, which can include delusions and other psychotic symptoms. This manifests itself especially in the first onset. Men are more likely than women to have their first onset of bipolar disorder be a manic episode, rather than a depressive episode, while the converse is true for women. In addition, these first episodes can often be especially severe, leading to hospitalization and even prison in some instances.

Second, men are less likely to have rapid-cycling bipolar disorder than women are. Someone has rapid-cycling bipolar disorder when he or she has four or more depressive, hypomanic, manic or mixed episodes during a single year. Men are more likely to have longer-lasting episodes and to have a more spread-out mood cycle, and are only about a third as likely as women to be rapid cyclers.

In general, what men experience is closer to “classical” understanding of bipolar disorder. The man is more likely to begin his cycling with an especially severe manic episode (a kind of breakdown). Following this, he is likely to have long periods of high and low mood that are less likely to blend into each other in the form of mixed states. 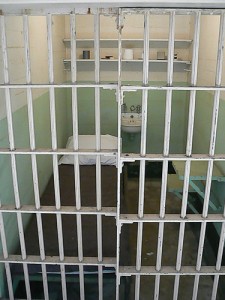 Men with bipolar disorder are more likely to become extremely angry and even violent during manic episodes than women are (note that violence during a manic episode is still very rare, even among men, but it is still possible). This might surprise people somewhat. Aren’t people with bipolar disorder supposed to be overly happy? Not necessarily. For many people with bipolar disorder, mania can manifest as a state of extreme irritability, which can lead to sometimes uncontrollable outbursts of anger. If you have heard Mel Gibson’s telephone call to his girlfriend, or to the telephone conversation at the end of the documentary “A Summer in the Cage”, you will have a good sense of what an outburst of bipolar anger sounds like.

In addition, in truly manic phases, those with bipolar disorder can sometimes be prone to violence. As I mentioned above, bipolar mania does not usually lead to violence, even among men. However, violent outbursts are more common among men than among women. Musician Daniel Johnston, for example, frightened a woman so badly when trying to scare demons out of her that she jumped out of a window, breaking both of her ankles.

This, in turn, leads to a higher incarceration rate among bipolar men than among bipolar women. While courts are increasingly sensitive to violent incidents that occur during full blown manic episodes, violent incidents that arise from hypomanic agitation tend to still be fully punished. In addition, even people who were clearly manic and even delusionally so are sometimes imprisoned for some of their behavior while manic. In fact, Human Rights Watch estimates that men with mental illnesses in the United States are two to four times more likely to be imprisoned than their representation in the population.

Men with bipolar disorder are also more likely than bipolar women to be addicted to substances, including illegal drugs and alcohol. A 2004 study published in the journal Bipolar Disorder showed that bipolar men were approximately twice as likely to be addicted to either illegal drugs or alcohol than women. Another study from the same journal showed that 72.8% of bipolar men had had some sort of substance abuse problem at some point in their lifetimes, compared to 27.2% among women. (These numbers are consistent, since the first study dealt with current substance abuse, while the second dealth with limetime abuse).

As a result, most bipolar men can expect to have had some sort of substance abuse problem during their lifetimes. No one is entirely sure what the cause of this disparity is between bipolar men and bipolar women in terms of substance abuse. Some would argue that it is because the men are “self-medicating”, meaning that they are using substances to cope with the various episodes associated with bipolar disorder. This would tie the increased use of substance abuse to the next issue, that men are less likely to seek treatment for bipolar disorder than women. 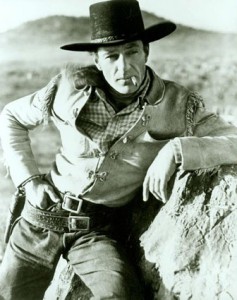 In a way, men’s unwillingness to seek help for bipolar disorder is partly just an extreme version of not wanting to ask for directions when lost. Independence has long been considered a part of specifically male virtue, and turning over one’s care to other people can make men feel powerless and feel like they are not taking appropriate responsibility for their lives. It isn’t simply a matter of being a “tough guy”; men have a sense of responsibility that leads them to try to take things into their own hands.

If you are a man or you know a man who is having difficulty seeking appropriate treatment, one way to approach the problem is to reconceive of being a “patient” more along the lines of being a “client”. By learning as much as possible about his bipolar disorder and assuming responsibility for his own mental health, he can see physicians and therapists as being there to help him with his own management of the condition. This allows him to get the health services he needs without feeling like he is receiving charity or getting “taken care of”.