Getting a Bipolar Diagnosis

If you suspect that you or someone you love may have bipolar disorder, it is important to seek out a diagnosis for the condition. However, getting a diagnosis can be a tricky process. Often, bipolar disorder is confused with other conditions, and you will need to have an official diagnosis from a psychiatrist or mental health professional before you can be treated for the condition properly. In addition, dealing with the diagnosis can itself be a stressful state. In this article, I will discuss when you should suspect bipolar disorder, how to go about getting a diagnosis, and what to do once you or someone else has been diagnosed.

When to Suspect Bipolar Disorder

People, even psychiatrists, cannot diagnose themselves with bipolar disorder. However, in order to be concerned enough about bipolar disorder to seek a diagnosis from someone else, there are a number of symptoms to look for. Some of these symptoms may be signs of other disorders, but some of them are unique or at least almost unique to bipolar disorder.

Note that drug and alcohol use can simulate the effects of bipolar disorder and other mental illnesses. In fact, it is very difficult to diagnose bipolar disorder in someone with an addiction, because it is almost impossible to separate out which symptoms might be the result of a mental illness and which might be the result of the substances. If you or someone else has addiction problems, it may be best to work through addiction services, rather than through the medical system as I will suggest below.

The following symptoms may be signs of bipolar disorder, and should raise a “yellow flag”, so to speak: 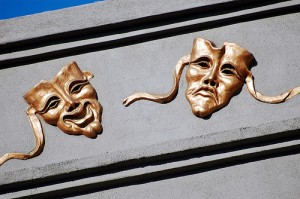 The following symptoms are more likely to be signs of bipolar disorder, as they are more associated with that condition than with more common conditions:

Please don’t use the above to diagnose yourself. If you observe any serious psychiatric symptoms at all, such as delusions, suicidal thoughts or attempts, or hallucinations, don’t worry about what you have but simply go to the local emergency room and seek treatment.

Getting a Psychiatric Referral

Because people cannot diagnose themselves, you will need to speak to a psychiatrist or other mental health professional in order to receive a proper diagnosis of bipolar disorder. However, this can be a tricky situation in itself. In some areas and if you are wealthy enough, you may be able to simply walk into a psychiatrist’s or therapist’s office office and pay for an assessment. In other areas and for many people, it will require a referral from another medical specialist. In this article, I will discuss the process of getting referred to a psychiatrist for a diagnosis. 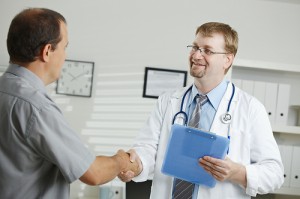 If you suspect that you may have bipolar disorder, then the next step is to speak to your family physician and to look for a referral to a psychiatrist. This can actually be something of a hurdle. I have met a few people who have been diagnosed with bipolar disorder and who had trouble convincing their family physician that there was something sufficiently wrong to warrant a referral (given that they were eventually diagnosed, the family physician was obviously mistaken). However, it isn’t that the physician is being malicious or even practicing badly. It may simply be that you are giving them insufficient information.

There are a few things that you should bring up when speaking to your family physician:

Getting a diagnosis in crisis situations is in some ways easier, but generally a lot more scary. In these cases, you will often be taking yourself or a family member to the emergency room. At that time, the patient (you or another person) will receive some sort of preliminary assessment and either be placed in hospital care or receive some sort of referral to a psychiatrist (if they determine that the patient is not an immediate danger to yourself or others). You should go to the emergency room if you or someone else:

In your own case, you can go to the emergency room yourself, unless the situation is severe enough that you worry you will not get there, in which case you can call an ambulance. In the case of other people, the situation is a bit more complicated. You can either persuade the person to go to the emergency room, or, if that doesn’t work, you can call an ambulance for them. Ambulance workers are trained to recognize when they have the right to take a person against his or her will to the hospital.

In these cases, you’re not really “seeking” a diagnosis. You’re seeking immediate help. However, the result is ultimately the same. You or another person will receive an assessment for bipolar disorder and other mental illnesses. 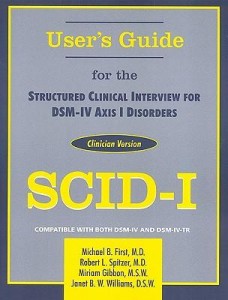 Source: bizrate - Fair Use Rationale: Depiction of the work in question.

The information on that questionnaire is largely self-reported. In other words, you will need to be honest, or you risk having an inaccurate assessment. It can be tempting, if one is really worried that he or she is sick, to stretch the truth in terms of the severity of the symptoms. Conversely, it can be tempting, if one is worried about seeming strong and confident, to underplay the extent of the symptoms. Remember that the goal is to receive an accurate diagnosis so that you can get the best help. Honestly is especially important, and even small fibs can potentially set back treatment for years.

The usual interview that people with suspected bipolar disorder in North America receive is what is called the “Structured Clinical Interview for DSM-IV Axis I Disorders” or SCID I (and you may occasionally hear psychiatrists or therapists call it the “skid one”). The SCIDs were developed so that there would be a standard interview that could be used by multiple therapists. Without such an interview, it would be impossible to compare data or to be sure that one therapist’s diagnoses are reasonably consistent with another therapists diagnosis. For example, when SCIDs were used on identical twins, it was discovered that the correlation was far higher than people had suspected.

There isn’t actually a bipolar disorder test designed for bipolar itself. Instead, the SCID I tests for the entire range of what are called “major mental disorders”, which includes bipolar disorder but also schizoaffective disorder, major depressive disorder, anxiety disorders, ADHD, autism, anorexia, bulimia and schizophrenia (the SCID II tests for personality and intellectual disorders). The reason that there is a single test is that there is often a great deal of overlap in the symptoms (and in many cases the associated brain states) of these disorders, and a single test makes it easier to avoid misdiagnosis of one condition as another.

What To Do Once You Have a Diagnosis 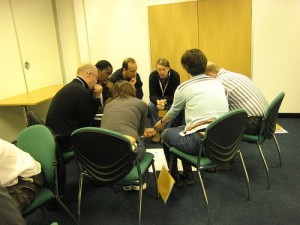 Once you have a diagnosis of bipolar disorder, there are a few important things to do. First, you’ll need to come to terms with the diagnosis itself. Being diagnosed with an incurable, chronic mental illness is stressful in itself, even if it can be a relief on some levels. Second, you will probably want to learn about the condition so that you can understand what is happening. Third, you’ll need to seek out treatment of various kinds to manage your condition, so that it burdens your life as little as possible. Finally, you’ll need to figure out how and whether to inform others of the condition.

Coming to terms with having bipolar disorder is a difficult process. In many ways it is a lifelong process. Over time, people become more and more aware of the kinds of limitations that arise from bipolar disorder. On the one hand, this is a very good thing, as we become less and less angry with ourselves for our perceived failures. On the other hand, it can be disappointing to discover that certain goals we might have had are no longer within our reach. One of the first and best things to speak with a therapist about after receiving a treatment of bipolar disorder is to speak about the diagnosis itself. The feelings are likely themselves very raw at that point, and it is a good opportunity to learn about the condition.

It is also very important to seek out treatment. A psychiatrist can help you with pharmacological treatment for your bipolar disorder. Most commonly, people with bipolar disorder are given either mood stabilizers or what are called “atypical antipsychotics”. Getting the right combination of medications can be a tricky process and it will be different for each person. This is why it is best to have a psychiatrist who can help with the process of finding this combination.

In addition, there are numerous therapists who can help with bipolar disorder. This person may or may not be your psychiatrist (though there are some conveniences in having it be the same person if you can manage it). Therapy can be expensive, so if you cannot afford it, then there are group therapy sessions available in most communities. Just ask your psychiatrist about local groups, call local mental health centers or even use the internet for searches (I found a group I’ve been attending for years simply by typing “bipolar” and my city). There is nothing wrong with seeking both individual treatment and group support.

Finally, there is the issue of what to do in terms of your family and workplace. While telling family members can be difficult, each person who accepts your condition can be a lifelong support for you. It may be especially important to discuss the issue with spouses and partners, because bipolar relationships have their own unique sets of issues, and you and your partner will be better able to deal with them if both of you know what is going on. Workplaces are tricky, and you will just need to use your best judgment. While it is technically illegal to discriminate against those with bipolar disorder in all but a few positions (such as armies and police forces), that doesn’t mean it doesn’t happen. If you think the accommodations that will come from revealing your condition at work will outweigh the possibility of discrimination, then it may be worth revealing the condition to your immediate supervisors.

Getting a bipolar disorder diagnosis can be a tricky process. However, it usually involves a fairly standard set of steps.

If you or someone you love has received a recent diagnosis of bipolar disorder, I wish you all the best on this difficult journey.

11 Responses to Getting a Bipolar Diagnosis