Perhaps no issue in bipolar disorder is currently more contentious than the issue of bipolar disorder in children. In 2007, a study in the Archives of General Psychiatry showed that diagnoses of pediatric bipolar disorder had increased by a factor of 40 between 1994 and 2003, an increase of approximately 4,000%. Few believe that this is because there actually were 40 times more bipolar children in 2003 than there were in 1994, but that creates the new question of why bipolar disorder is suddenly being diagnosed at such an increased rate.

On one side of the debate is the view that pediatric bipolar disorder is somehow a sham diagnosis, created by drug companies. Once they had saturated their markets among those with bipolar disorder, they needed to expand them by inventing the illness of pediatric bipolar disorder. Many psychiatrists, receiving money from drug companies, promoted this idea to the gullible medical community that happily latches onto new pharmacological treatments after reading just the glowing abstracts of research papers. As a result, children are being heavily medicated with drugs that they don’t need and that might have developmental and long-term effects for which those medications have never been tested. 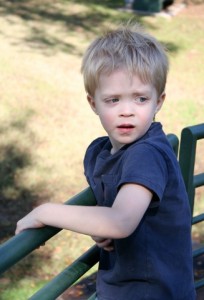 On the other side of the debate is the view that the reason there has been such an increase is because bipolar disorder simply wasn’t diagnosed properly among children before. The assumption had always been that bipolar disorder simply had a late onset, and before that people were asymptomatic if they could be said to be bipolar at all. However, new research, they claim, has led psychiatrists to note that people who are bipolar in adulthood also had bipolar symptoms in childhood, often ones that are quite severe, and that those symptoms should be treated then, rather than waiting.

In the middle of all of this, of course, are children who are having serious psychiatric problems. It is not as though most of these children would have been diagnosed with nothing if they were not diagnosed with bipolar disorder. Rather, many of these children would have been diagnosed with schizophrenia, oppositional defiant disorder, conduct disorder, or as hyperkinetic or ADHD. If they are getting wrong diagnoses, either way, it impedes their ability to get better and, if they are having manic episodes, can cause long-term damage. 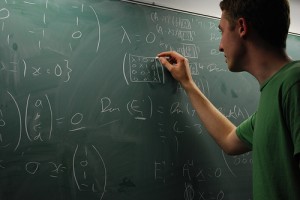 It was long believed that bipolar disorder among children was impossible. For instance, in a 1960 study by James Anthony and Peter Scott, they argued that there were no cases of manic-depressive mania in children under 11. This opinion or some variation of it remained highly influential until the 1990s.

What this means is that the relative increase in diagnoses of bipolar disorder among children should not be surprising. Any number divided by almost nothing will give a very high relative increase. What is more important is the absolute number of children with bipolar disorder. This number remains very low. The same study from the Archives of General Psychiatry that showed a 4,000% increase also showed that the diagnosis was still only made in the case of 1.003% of youth ages 0-19, as opposed to the earlier 0.025% (note that this isn’t the percentage of people in the population diagnosed, but the percentage of patients diagnosed). This is lower than the number of adults with the disorder, and includes adolescents and even early adults, a common problem in studies discussing rates of bipolar disorder among children, since prepubescent, peripubescent and adolescent rates are all very different.

Although the supposed massive increase in diagnosis is largely a relative increase and an artifact of the previous belief that bipolar among children is impossible, that does not mean that bipolar diagnoses in children are not difficult. Bipolar diagnoses among children remains difficult for two reasons. First, many of the symptoms of bipolar disorder overlap with the symptoms of other disorders, and sometimes children have multiple disorders at once. Second, diagnostic criteria for bipolar disorder were developed for adults, and the course of the disorder in children is often quite different.

Bipolar disorder has several symptoms that are also included in the symptoms of other disorders. This is especially true of mania, which shares a number of features with other disorders (and this overlap was why so many manic episodes among children were so easily dismissed). Some of these overlaps include the following: 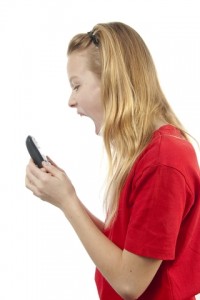 ADHD: The condition most commonly confused with bipolar disorder is ADHD. However, because stimulants used in ADHD may cause mania, it is perhaps the most dangerous misdiagnosis. They share the following symptoms:

Oppositional Defiance Disorder: Oppositional defiance can mimic some of the symptoms of a manic episode. 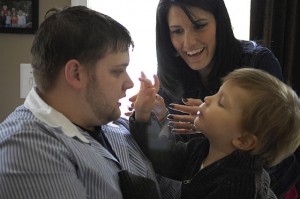 Because of these overlapping symptoms, it can be very difficult to diagnose children who have bipolar disorder. It is even more difficult if these conditions are comorbid, that is, the child has both disorders simultaneously. In these cases, it is difficult to pick out which symptoms the child has a result of bipolar disorder and which symptoms are a result of the other condition. (The DSM-IV, the text used for diagnosis in North America, complicates matters by only diagnosing based on symptoms).

However, this does not mean that there are not some symptoms that will often stand out:

Extreme Euphoria or Grandiosity: One element of bipolar disorder that is not closely mimicked by other disorders is the period of extreme euphoria or grandiosity. Children may behave much like bipolar adults, expressing constant elation or grand plans unreasonable even for a child at that age (although what constitutes grandiosity and what constitutes a childhood imagination must be borne in mind).

Cyclicity: Another element of bipolar disorder that is not closely mimicked by other disorders is its cyclicity. Bipolar disorder will have cycles, while other mental health disorders among children will be largely constant.

Many children have primarily irritable symptoms during manias, which can cause problems in distinguishing their bipolarity from other symptoms.

Some children exhibit classic adult bipolar I disorder, with euphoric highs and sometimes delusions or hallucinations, but they are rare. Bipolar disorder in children, like many other disorders, in manifested differently. Unfortunately, our diagnostic criteria have largely been developed from the experience of bipolar adults, so some of the manifestations may be surprising.

Children tend to have shorter “euthymic” or non-symptomatic periods than adults. In other words, children with bipolar disorder do not return to full health for very long between their episodes, and generally are euthymic for less than two months. For instance, an article in the Archives of General Psychiatry from 2006 found that the median length of time for euthymic periods (of eight weeks or more) was 78 weeks. The median age was 13 for this study.

This does not mean that children are having 78 weeks of mania. What it means is that they tend to cycle between moods without long periods of euthymia in between. In this respect, bipolar disorder among children is more severe than it is among adults.

Despite the length of time between euthymic periods, children are actually more likely to have mixed states between those episodes than adults. In other words, their states tend to be less “pure”. This can lead to even more confusion in diagnosis, since it is difficult to pinpoint a pure manic episode. 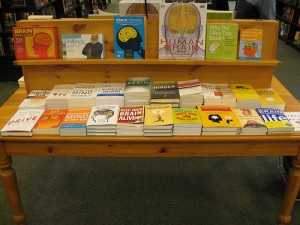 Bipolar disorder among children is generally treated in much the same way as it is among adults, with a combination of therapy and medication.

Treatment for children with bipolar disorder will usually involve the family far more than it will among adults. There are a number of reasons for this.

Parents will end up guiding the care of children, so they need to be involved in the process. As a result, a part of treating children is simply to educate their parents about the nature of bipolar disorder, especially among children. In addition, parents will need to notice triggers for their child and help to avoid those triggers when possible.

In addition, many parents of bipolar children have mental illnesses themselves, and many have substance abuse problems. These problems need to be treated if the child is to be able to respond well to any therapy within the context of the home.

Usually, children will be treated within the context of various forms of family therapy, including family-focused cognitive behavioral therapy and collaborative problem solving. Family-focused CBT is done together, as a family, and attends to the emotional reactions of all the family members (or at least the parents and child). Collaborative problem solving is a way for the child to be involved in discussions of handling episodes before they happen, and hopefully head off some of the more problematic behavioral problems associated with bipolar disorder.

Three medications have been approved by the FDA for the treatment of bipolar disorder in children 10 and up: lithium, risperidone and aripiprazole. Lithium is a mood stabilizer, while risperidone and aripiprazole are atypical antipsychotics.
Research is still ongoing with regard to medications in children, and there are few published studies. However, a recent overview suggested that the two antipsychotics currently available work significantly better than placebo in preventing acute manias among bipolar children. Strangely, lithium has not fared so well, and was not shown to be significantly more effective than placebo. However, that was only a single study included in the cited survey, and future research may contradict this result.

Children have had significant problems with weight gain, however, far more than is found in adults. In addition, there is little research on the long-term effects of giving medications to children, as these medications were only approved recently.

Bipolar disorder among children is contentious, and not without reason. That children could be bipolar at all has only been considered in recent years, and the 4000% statistic makes it sound like there is an epidemic, despite this statistic being only an artifact of an especially small denominator.

Nonetheless, there are many children with mental illnesses that may best be explained by a bipolar diagnosis. It is becoming increasingly accepted that children can be manic, and manias cause a cascade effect, causing future manias to be longer, more common and more difficult to treat. In as much as children are bipolar, it is important for them to get treatment.

The study of efficacy and safety for medications in children with bipolar disorder is still in its infancy, but more research continues to be done. As more is known, the current flux in terms of diagnosis and treatment should subside somewhat, and psychiatry will have a clearer idea how to handle these diagnoses.