There is a type of ethics called “virtue ethics” that has become increasingly popular lately. It’s become especially popular among those who study ancient philosophy and in religious circles, especially in Catholicism. The basic idea is that actions should be judged, not according to rules, but according to the virtues or vices of those who perform them. Ultimately, for instance, what is wrong with something like mocking someone isn’t that it hurts them, but that it is cruel. This might sounds like it’s not a bad approach, but it ultimately creates a type of ethics that excludes and discriminates against people with mental illnesses, especially bipolar people. 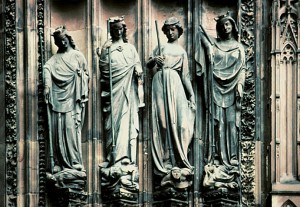 Virtues and vices are what are called “stable dispositions of character.” To unpack that, it means that there are certain things people tend to enjoy or dislike, and they tend to do this consistently. So, some people enjoy pain in others; they are cruel. Others enjoy happiness in others; they are compassionate, and so forth.

Why Virtue Ethics Is Attractive (and To Whom) 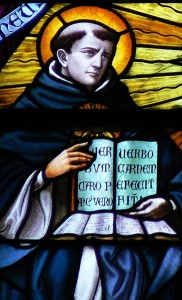 There are reasons why this theory sounds attractive. For one thing, it is more holistic. Instead of simply evaluating actions, we can talk about the kind of people we want to be, and what kind of people we should be. It has the further consequence that morality and happiness get tied together; part of what makes us a good person is that we become the kind of person we want to be. Virtue is a kind of “flourishing”, or, more precisely, it is what enables us to flourish.

Paradoxically, it means that we can actually evaluate more actions. Rule-based theories usually end up saying that whatever we do is fine, so long as we don’t hurt anyone else. Virtue theory gives us reason to say that we should get off of the couch, not eat that last donut, or form a lasting friendship. Only some of our actions are going to be relevant to moral rules or impersonal utilitarian calculations. On the other hand, all of our actions are relevant to our characters.

Except in the most extreme cases, I am not dissociative during my episodes. I see no reason, then, to dissociate two thirds of my life in order to satisfy a theory. 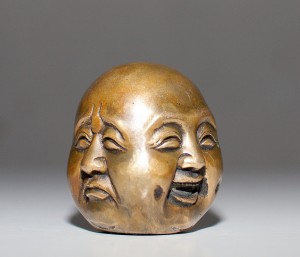 The most obvious problem for those with mental illnesses, especially bipolar disorder, is that it our dispositions are…less than stable. I’ve written on this subject before, in which I’ve argued that I don’t need a “real me”. The basic point of this was that the entire idea of looking for a “real me” was unhelpful.

As a bipolar person, if I start looking for a stable character, I end up identifying my “real me” with my euthymic (i.e. non-episodic) self. Like most bipolar people, I exist in (at least) three states: manic/hypomanic, depressed and euthymic. Which one would be the “real me”? The obvious candidate is the euthymic state, but it’s really not that simple. Or rather, it’s simply not true. Two-thirds of my life are not an illusion, and two thirds of my emotions are not the emotions of someone else. That’s just me two-thirds of the time. Extreme, cycling moods, overstimulation, and the inability to enjoy pleasurable activities are defining symptoms of bipolar disorder. Except in the most extreme cases, I am not dissociative during my episodes. I see no reason, then, to dissociate two thirds of my life in order to satisfy a theory. So much for virtue ethics’ holism.

But if I don’t accept that my euthymic self is my real self, then I don’t really have stable dispositions. Or rather, if I do, they are certainly not emotional ones, nor ones connected to pleasure and pain. That, as far as I can tell, would rule out almost all the virtues. Virtues are stable dispositions, and my dispositions are decidedly unstable.

In other words, I simply don’t fit into virtue ethics. I become, at best, a pre-moral being, one with neither virtues nor vices, and therefore nothing to evaluate. At worst, I vicious, because I have a “disposition” to be erratic and unreliable. My actions aren’t virtuous, since they do not proceed from stable dispositions of character. Even if I act like a virtuous person, I can’t really act as a virtuous person.

Why Virtue Ethics Implies That the Mentally Ill Are Bad People 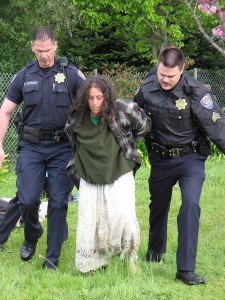 But wait, there’s more (as the infomercials say)! Virtue ethics ties together happiness and virtue. Virtue isn’t just a random collection of character traits; it is precisely those dispositions that allow a human being to flourish, i.e., to be happy. Virtues are both what allow a person to be happy, and what makes someone a good human being. This, of course, it its appeal to those who want a more holistic theory of ethics.

However, the problem here should be obvious. It would seem that mental illnesses make it more difficult to flourish. That’s a large part of makes them mental illnesses. They are hindrances to functioning, and, plus, they just cause suffering in their own right. Mental illnesses are a disposition to unhappiness. They make happiness, in the sense of flourishing, difficult or at least limited.

It is hard enough living with a mental illness without virtue ethicists running around saying that we are morally worse for it.

However, there is no shame in this. We need to abandon the idea that we are moral failures or failures as human beings because we do not live up to the standards of flourishing of mentally healthy people. It is hard enough living with a mental illness without virtue ethicists running around saying that we are morally worse for it.

Ethical holism and extending morality beyond harming others are both worthwhile goals. I am both a classicist and a Catholic. However, virtue ethics is the wrong way to reach these goals.