For the first installment in this series, on whether or not bipolar disorder is a brain state, click here.

Caring About a Test 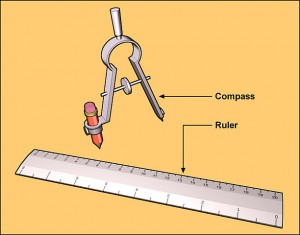 My impression of the question of whether or not there is a test for bipolar disorder, is that it comes from a version of what is called “positivism,” the view that only things that are verifiable through the scientific method are actually meaningful. A precursor to this appears in Plato’s Euthyphro (though he is not there arguing that only measurable questions are meaningful, only that they are easily settled):

“Suppose for example that you and I, my good friend, differ about a number; do differences of this sort make us enemies and set us at variance with one another? Do we not go at once to arithmetic, and put an end to them by a sum?” (Euthyphro 7b-c source)

The Paradox of Intersubjectivity

Positivism as a theory is largely dead because it is ultimately self-refuting. There is no measurement that can prove the theory itself, so it becomes unverifiable and therefore meaningless. However, that doesn’t get rid of what I have claimed is the deeper problem: what about things that are not public, like, for example, the mental states that are essential to a diagnosis of bipolar disorder?

In one sense, our mental states are completely private. Other people are not telepathic, so people can’t get into our heads. True, there is something going on to the brain, but that pushes us back into the problem of brain states I dealt with in the last installment. To summarize, I argued there that even if bipolar disorder correlates with a given brain state, that is not a part of the definition of bipolar disorder.

On the other hand, we largely work on the assumption that we share the same basic categories of mental states. We assume that other people’s sadness is not completely unlike our own, and that other people’s understanding of the number two is not completely unlike our own. True, these states can have public manifestations, but in order to describe what they are public manifestations of, we need to make reference to our own mental states. 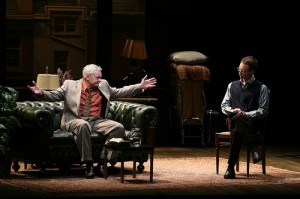 However, in comes the paradox. When it comes to other people’s mental states, we end up with only approximations. We can use visible evidence and verbal evidence to try to understand when the mental states of another person resemble our own, and this process can never be perfect.

In fact, this is exactly what the standard test for bipolar disorder, the SCID-I or “Structured Clinical Interview for DSM-IV Axis I Disorders” does (I discuss the SCID-I more in depth in my page about diagnosis. It is a questionnaire that attempts to elicit the descriptions of a mental states that are relevant to various conditions. Many of those questions are open-ended, though, which is why we can’t simply take an online bipolar test. Someone who is trained in interpreting answers to understand the intersubjective states behind them needs to examine the answers.

Linguistic Note: Yes, I dangled a participle, and I even italicized it. Dangling participles are a natural part of English, and the movement to get rid of them comes from a misguided attempt to imitate Latin. It’s time to get rid of that silly grammatical rule, and the best way to do so is to violate it as much as possible.