Because bipolar disorder is such a wide spectrum disorder and because that disorder includes multiple phases and episodes, the symptoms are quite complex. In this article, I will discuss the various symptoms of bipolar disorder, as well as what to look for in behavior that might indicate a manic, hypomanic or major depressive episode.

First, let’s start with some definitions:

According to the Diagnostic and Statistical Manual of Mental Disorders IV (the “DSM IV”), someone has Bipolar 1 Disorder when he or she has had one or more manic or mixed episodes (assuming that the episode is not triggered by drugs or explained by another mental illness). People with Bipolar 1 Disorder have usually had at least one major depressive episode, though this is not necessarily the case.

According to the DSM IV, someone has Bipolar 2 Disorder when he or she has had one or more hypomanic episodes, coupled with one or more major depressive episodes, but has not had a manic or mixed episode.

Okay, so we have the definitions of the disorders out of the way. What exactly, then, are manic episodes, hypomanic episodes and mixed episodes?

According to the DSM IV, which is the source of all the definitions below, in order to qualify as a manic episode, one must have mood that is elevated, expansive or irritable for at least one week (though the one-week period is lifted in cases of hospitalization). In addition, the episode must either significantly impair functioning, create danger or harm to self or others, require hospitalization or include psychotic symptoms.

In addition to these one of these three types of moods, one must also have at least three of the following symptoms (or four if the mood is irritable):

When one has an inflated sense of self-esteem or grandiosity, it means that one has a sense that one is far more important than one actually is. This can become delusional, in which people will actually believe that they are very important people (such as the Messiah or a reincarnation of a historical figure) or that they have some very special mission (such as having been sent by God).

People in manic episodes will often stop sleeping, sometimes nearly entirely. They simply never get tired and are unable to rest. In addition, when they do rest, they feel rested almost immediately, and may feel that they are completely rested after only sleeping for a few hours. Note that this lack of need is only an apparent lack of need. People in manic states are actually becoming increasingly sleep-deprived and physically exhausted.

People with bipolar disorder may become extremely talkative, and it will often be difficult to have conversations with them, as they may interject constantly. In addition, speech tends to be both very rapid and also what is called “pressured“. In pressured speech, the person’s speech can’t keep up with his or her thoughts, leading to a sense that the person is trying to push out words as quickly as possible.

In manic episodes, people’s thoughts start to race incredibly quickly and will often reach the point that they become incoherent. The person will fly from one idea to another, and will have the subjective experience that his or her own thoughts are simply moving along quickly without any conscious control.

Going along with the racing thoughts is often distractibility. The person focuses easily on small details without seeing the “big picture”, as it were. Little things that would not normally be noticed can immediately sway the person’s attention.

People in manic episodes will tend to work toward specific goals, often ones which are unattainable. For instance, they might pursue the writing of a novel or a sexual conquest. In one sense, all action is goal-oriented, but the person in a manic episode is especially “driven”.

Someone in a manic state will often need to pace, will constantly fidget, will scratch incessantly, will rock and so forth. The person finds it difficult to sit still, and will actually find it uncomfortable to do so. The “or” here means that even if one has both increased pursuit of goals and psychomotor agitation, it only counts as a single symptom for the sake of diagnosing a manic episode.

This is the symptom that gets people with bipolar disorder in the most trouble. They will often engage in a number of activities without regard for the consequences. They will not just be any activities, but will generally have two components. First, the activity will be pleasurable, such as shopping, gambling or sex. Second, the person will significantly underestimate or ignore the consequences, likely because of their grandiosity. 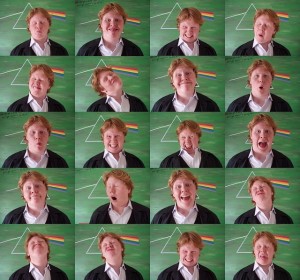 Hypomanic episodes are essentially less serious versions of manic episodes. In general, the symptoms are the same or similar, but either less severe or last for a lesser period of time.

First, a hypomanic episode requires a period of elevated, expansive or irritable mood that lasts four days (as opposed to seven).

Second, a hypomanic episode requires three of the same seven conditions as a manic episode: inflated self-esteem or grandiosity, decreased need for speech, talkativeness or pressured speech, racing thoughts, distractability, increased pursuit of goals or psychomotor agitation, and excessive involvement in potentially harmful pleasurable activities. Note that, unlike with manic episodes, only three conditions are needed in the case of irritability.

In sum, hypomanic episodes are shorter than manic episodes, and cannot include any psychotic symptoms or hospitalization.

A major depressive episode must last at least two weeks, and provide some kind of significant impairment in functioning. The depressive episode must not be the result of another medical condition nor be the result of hallucinations or delusions. The depressed person must also have at least five of the following symptoms, including at least one of depressed mood or loss of interest or pleasure.

The person must have a depressed mood most of the day, nearly every day of the two-week or more period. No definition of depressed mood is given by the DSM IV, but whether or not someone should be considered depressed can be based simply on self-reporting. In other words, if you ask someone if they have been depressed, and they say “yes”, they are, for the purposes of this condition. In addition, a depressed mode can be seen by someone else, who notices some symptom like crying or refusal to get out of bed, for example. In children and adolescents, depressed mood can take the form of irritability.

People who are depressed have their weight respond differently. Some people will start eating excessive amounts and report an increase in appetite during the day. Others will be less hungry and start eating less. If someone’s weight increases or decreases by 5% during the month, that is considered sufficient, as is any self-reported gain or loss of appetite. For children, depression may lead to loss of expected weight gains, rather than weight loss.

Sleeping Too Much or Too Little

Many people who have major depressive episodes are either consistently unable to sleep or find themselves unable to stay awake. This is more than just a sleepless night or two, but must be consistent insomnia or hypersomnia that lasts through the entire duration of the episode, almost every day (or night). 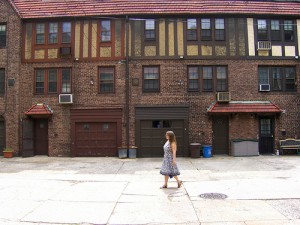 As with manic episodes, psychomotor agitation can be a symptom of major depressive episodes. This is the need to constantly pace, move limbs and so forth. Unlike with manic episodes, however, this agitation needs to be observable by others, not simply self-reported. Often this is established by the psychiatrist asking if others have commented on the agitation (or the psychiatrist seeing it himself or herself).

On the other hand, psychomotor retardation or slowing down can also be a symptom of being depressed. This means that the person will find it hard to do simple tasks like chores, going up stairs, or doing basic arithmetic. Externally, people will often notice that the person wills stop showing, grooming or changing clothes.

Fatigue or Loss of Energy

Someone who has a major depressive episode may have nearly constant fatigue over the course of the entire episode. Fatigue means that the person is excessively tired, and always feels like he or she want to take a nap (even if he or she has just taken one). Loss of energy means that the person doesn’t feel “up to things”. The concept is poorly defined and can easily be confused with psychomotor retardation.

People in major depressive episodes may feel either worthless or guilty. Worthlessness means that they seriously underestimate themselves and their abilities, and tend to think of themselves in harsh and even insulting terms. Sometimes, this can take the form of guilt, in which people feel terribly guilty for things that do not warrant such guilt. Such guilt can even be delusional. Note that only inappropriate guilt is included here. Feeling guilty for something extremely serious is not a symptom of a major depressive episode.

People in a major depressive episode can have trouble concentrating on basic tasks, on reading (some people find it difficult to read while depressed) or on conversations. Any activity that requires focus becomes far more difficult than usual.

People in a major depressive episode may also have trouble making even basic decisions. This can include insignificant decisions such as what to purchase for lunch, which clothes to wear, which door to exit from and so forth.

Thoughts of Death or Suicidal Thoughts or Actions

People in major depressive episodes may find themselves obsessed with death, either their own or just death in general (they may be what is popularly called “morbid”). This can include their own deaths, deaths of individuals, constant worry about what happens after death and so forth.

In some cases, they may have suicidal ideation (thinking that they may wish to kill themselves), suicidal planning (developing a specific plan to commit suicide) and even suicide attempts. The ideation and planning may be recurring throughout the entire episode.

Mixed episodes combine the symptoms of a manic episode with those of a major depressive episode. In order for an episode to qualify as a mixed episode, it must meet all of the qualifications of both types of episode for its duration (except that it needs to only be one week long, not two). Like those episodes, it must include significant impairment to functioning, hospitalization or psychotic symptoms.

13 Responses to Symptoms of Bipolar Disorder